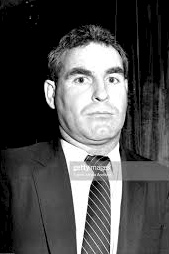 Kevin Raue comes from an extensive policing background having served as an operational police officer, specialising in criminal investigations, in Australia and Papua New Guinea over a 25-year period.

Mr. RAUE is currently the Deputy Team Leader, Justice and Corrections Coordinator, with the Solomon Islands Justice Program (SIJP), coordinating Development Programs in the justice sector in the Solomon Islands for the GoA through the Department of Foreign Affairs and Trade (DFAT).

He has been involved in international development program management throughout the Pacific and Asia since 1996 specialising in Police development, Correctional Centre management and justice administration.

Prior to that he was a serving Police Officer in Australia and Papua New Guinea, completing his formal policing career in 1995 as the Deputy Director/Manager Investigations of the Australian Government’s Organised Crime agency, the National Crime Authority (NCA) now known as the Australian Crime Commission (ACC). 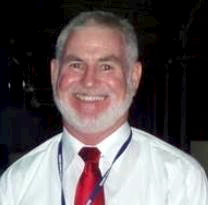 On this coming Tuesday 16th of June a police legend, a great Australian, Kevin Robert Raue, will be laid to rest in his hometown of Tweed Heads. Kevin passed away suddenly on Thursday 4th of June. Kevin was 68.

A dedicated, brilliant and decorated police officer he was one of the homicide detectives involved in the Anita Cobby case and led the investigation into the Janine Balding murder in 1988. A stellar 25 year career with NSW police followed by a successful career in Commonwealth law enforcement.

Kevin also made a huge contribution to policing and justice and corrections administration in New Guinea, the Solomon Islands and throughout Asia and is held in the highest of regards in all jurisdictions where he had input.

A humble and decent man Kevin was a credit to the New South Wales and Commonwealth policing tradition. A true altruist and human rights advocate who put the safety of the community as his highest priority. He represented everything that was and is good about our police force.

Due to covid-19 restrictions there will be a limit of 50 at Kevin’s funeral, a fraction of those who would have liked to attend and pay their respects. His funeral however will be live streamed starting at 12:55 p.m. this Tuesday.

“Thank you for your service”

(Kevin is third third from left)

SYDNEY: A NSW Homicide Squad detective denied in court yesterday that he had extracted a false confession from a defendant in the Mrs Anita Cobby trial by having him repeatedly assaulted.

Mr Bill Hosking, QC, for Mr Michael Murphy, alleged that Detective-Sergeant Kevin Raue and Detective-Sergeant Ian Kennedy had conspired to fabricate his client’s statement and had had him bashed to secure his signature during questioning at Blacktown Police Station on February 26 last year.

Mr Hosking said Sergeant Raue‘s statement of Mr Michael Murphy’s alleged confession was exactly the same as that prepared by Sergeant Kennedy, who headed the investigation into Mrs Cobby’s death. This was despite having prepared it last May 30, almost four months after the event.

Mr Hosking alleged that the two detectives had collaborated in preparing the statement after a challenge to police evidence at the Glebe Coroner’s Court inquest last year.

“You made sure that the conversations tallied word for word,” he said. “You could not produce a version the same as Kennedy‘s without putting your heads together.”

Mr Hosking added, “Let me put this to you. You and Detective Kennedy conspired to produce a fabricated interview and secured a signature on it by having Michael Murphy assaulted repeatedly.”

Sergeant Raue denied the allegation. Earlier, he denied allegations by Mr Brad Mulligan, for Mr Leslie Murphy, that his client had been assaulted by detectives during questioning at Blacktown Police Station after he was picked up last February 24.

Sergeant Raue said Mr Murphy did not appear shaken or unsettled during about six hours of questioning.

Mr Mulligan said two other police officers had entered the interview room when Mr Murphy was alone and slapped him across the face.

The detective said Mr Murphy did not seem upset after he had been left alone briefly and he would be surprised if the alleged incident happened.

A Former NSW MP is being sued by two retired policeman involved in the investigation into the murder of Sydney woman Janine Balding.
Kevin Raue and John Carroll have launched defamation action against former Upper House member Peter Breen over references in a book about the 1988 killings that he self-published. Three men are serving life for the murder.

Former NSW Upper House MP Peter Breen has been a busy boy since he was forced to resign from the Labor Party last year after stating his “love” for rapist and murderer Stephen “Shorty” Jamieson.

In July Dossier reported that two former detectives were suing the self-described “passionate” legal reformer over his 2006 book, Life As A Sentence. The True Story of the Janine Balding Murder.

John Carroll and Kevin Raue are claiming aggravated damages on several grounds, including Breen’s motivation for publication: “his love for Stephen Jamieson”.

Breen believes Jamieson and another person “B”, who was a juvenile at the time, were wrongly convicted of Balding’s rape and murder.

In his book, Breen comments on remarks by a radio talkback caller, who says “it sounds like I love B”.

“The statement causes me to blink at the stars. I remember how much Jack Begnell loves B and is committed to his cause. It is a form of love, I suppose, to believe in a person and work hard for them in the hope they receive mercy as well as justice. I love Shorty Jamieson no less and I’m not ashamed to say so.”

Now Breen is suing Nationwide News over several articles published in The Daily Telegraph and one in The Weekend Australian.

(a)  He is unfit to be a member of parliament because he is romantically in love with two vicious murderers.

(b)  He holds a perverse attraction to two vicious murderers.

(c)  He disgraced himself as a member of parliament by declaring his love for two convicted rapists and murderers.

(d)  He holds a perverse attraction towards two convicted rapists and murderers.

(e)  In declaring his romantic love for two convicted rapists and murderers, he is ridiculous as a member of parliament.

(f)  As a member of parliament he engaged in disturbing conduct by declaring his romantic love for two violent sexual offenders.

(h)  He is romantically in love with at least two murderers.

(j)  He lied to a reporter when he said that he had been admitted to St Vincent’s hospital.

Gibson found that while there were inaccuracies and omissions in the articles, there were sufficient facts (complete and undistorted) to justify the comment defence being pleaded.

She gave Nationwide two weeks to replead the particulars of fact, setting out those that are relied upon for each imputation.