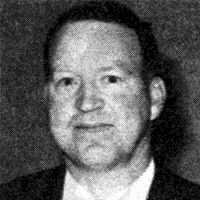 Sadly missed and always in our hearts

Highly regarded, respected and loved by his many nieces and nephews.

Published in The Sydney Morning Herald on July 12, 2018

IN the Supreme Court of New South Wales.— Probate Division  Re will of ERNEST MILLER CREAGH, late of 52 Osgathorpe Road, Gladesville, deceased.— Probate was granted by the Supreme Court of New South Wales on the 23rd January, 1975.— Pursuant to the Wills, Probate and Administration Act, 1898 – 1940, Testator’s Family Maintenance and Guardianship of Infants Act, 1916-1954, and Trustee Act, 1925 – 1942, Olga Alexandra Creagh and Leon Miller Creagh, the executrix and executor of the will of the said Ernest Miller Creagh, who died on the 27th August, 1974, hereby give notice that creditors and others having any claim against or to the estate of the said deceased are required to send particulars of their claims to the said executrix and executor c.o. Winston M. Readford, Solicitor, 245 Victoria Road, Gladesville, on or before the 6th June, 1975, at the expiration of which time the said executrix and executor will distribute the assets of the said deceased to the persons entitled, having regard only to the claims of which they then have notice.—

By his city agents:

https://trove.nla.gov.au/newspaper/article/220223396
[divider_dotted]
THIS ARTICLE IS ‘NOT’ VERIFIED AS BEING ‘OUR’ LEON CREAGH BUT THE AGE IS NEAR CORRECT, HIS FATHER’S NAME WAS ERNEST – ERNIE BEING SHORT FOR ERNEST. HE WAS BORN IN GLOUCESTER

The Truscott Flying Club’s plane, Robin, was wrecked when it made a forced landing in a paddock near Hollywood holiday resort ( Lansdowne – 2163 ) on the George’s River on Wednesday. The single occupant of the aircraft, Mr. Leon Creagh, 21, of Botany, a student pilot, was unhurt. Creagh ‘undershot’ the paddock he had selected for a forced landing

and stalled the aircraft to avoid hitting overhead wires. The plane dropped into the paddock in an almost straight and level position from a height of 40 feet and hit the ground with such force that it fell to pieces. Robin, a De Haviland 60 Gipsy Moth, was used for years by Dr. Clyde Fenton on aerial medical trips in the Northern Territory. ( Leon is a son of Mr. and Mrs. Ernie Creagh, of Gloucester ).