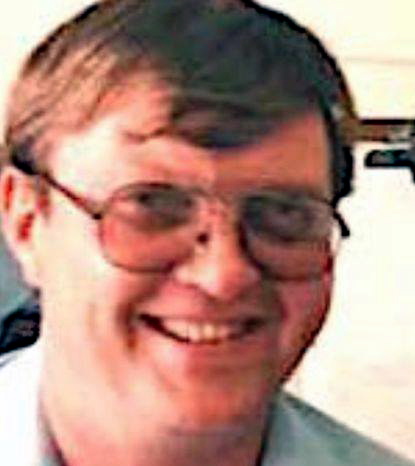 August 22 2015, after a short illness. Late of Vaucluse. Beloved husband of Pam, dear brother of Lorraine and Peter and fond uncle to their families.

Aged 64 Years
Loved & missed by all
who knew him

Les’ family and friends are invited to attend his Funeral Service in the South Chapel, Eastern Suburbs Crematorium on Friday, August 28, 2015 at 3:15pm.

In lieu of flowers, donation envelopes for Pancreatic Cancer Research will be available at Service.

Retired Sergeant Leslie John Burroughs APM, Born 2/2/51 passed away today ( Saturday 22 August 2015 ). Les had the distinction of being the longest serving officer to work in 10 Division serving there from 1971 until his retirement in 2010. I had the honour of working with Les at Vaucluse in 1973.

Les had been suffering from pancreatic cancer for some time and passed away peacefully about 5.25pm today. He is survived by his wife Pam.

I know that some of you will remember Les who was a larger than life character variously describing himself as Bogabilla Burroughs or Les from Lightning Ridge who called everyone Digger. I remember in early 1973 at Vaucluse an elderly gentleman came into the station to report some stolen property and Les who was playing a round of cards with a colleague said, ‘ hang on digger I’ll be with you in a sec’. The old gentleman was okay with that and soon after when Les took his details for a CIR ( Criminal Information Report ), he gave his surname and when Les asked for his christian name he replied ‘ Sir Theo’ Quick as a flash Les said that’s a funny name and the gent replied ‘no I am Sir Theo’, a knight of the realm, who happened to be the CEO of Woolworths at the time. They both had a good laugh and the knight left happy with the service he had been given, that was Les, a cop for all people.

Rest in peace friend. I am sure funeral details will be posted soon.

THURSDAY 19TH OCTOBER 2006
WAVERLEY PUBLIC SCHOOL
Police Report:
Sergeant Les Burroughs, Waverley Police, reported that the in the summer months there is increased crime, more break and enters, beach stealing, breaking into cars. Younger people are responsible. Do not take valuables to the beach or leave valuables in your car. A beach safe exercise has begun in conjunction with eastern beaches patrols on all beaches. Leaving front doors open in summer also makes it easier for thieves. Regarding skateboarding late at night, under 15’s cannot be prosecuted or fined despite skateboards being under the vehicles act.
[divider_dotted]