* Those of the Cyprus contingents attending the funeral are asked to wear your Blue Beret.

It is with regret that we advise of the death of Les Gorman, a NSW member of the 12th Contingent to Cyprus (1975-76).  Les passed away on 26 May.  An email from John Crowley advising of his death and funeral details is below.

On behalf of the UNOPAA National Executive, our National Committee, our NSW Branch and all members of UNOPAA, I would like to acknowledge Less service, particularly to overseas peacekeeping, and to express our sympathy to his wife Val, his family and his friends.

He will be missed.

HIS Excellency the Governor, with the advice of the Executive Council, approved of the following appointments:

The undermentioned members of the Police Force to be Inspectors under the Liquor Act, 1912, for the Licensing Districts preceding their names, for the dates specified viz.:

It will be a gala occasion tomorrow when the Premier of NSW, Mr Wran, officially opens the new police station and courthouse in Queanbeyan.

The opening ceremony will be performed at 4pm in the foyer of the courthouse and about 400 people are expected to attend.

After the ceremony, the guests will move to the Queanbeyan Leagues Club for afternoon tea.

Among the dignitaries who will attend the function with their wives will be the NSW Attorney-General, Mr Walker, the NSW Police Commissioner, Mr Woods, and Deputy Commissioner, Mr Lees, a previous Queanbeyan police inspector, Mr Percy Hale, and the Superintendent in charge of country districts, Mr Alec Birnie.

In the evening, there will be a dinner at which the public will have an opportunity to meet members of the NSW Cabinet which will be in town for a meeting on Tuesday.

Forty policemen, including the policewoman, are now working in the comfort and luxury offered by the new station which is a far cry from the previous surroundings. The NSW Police Commissioner is considering an application to increase the number of general duties and traffic police.

The new station has elaborate safety measures. These include sensitive alarm systems, a closed circuit TV which keeps constant watch on the backyard and an internal public-address system.

The courthouse is another modern building and comprises a district court and a court of petty sessions. 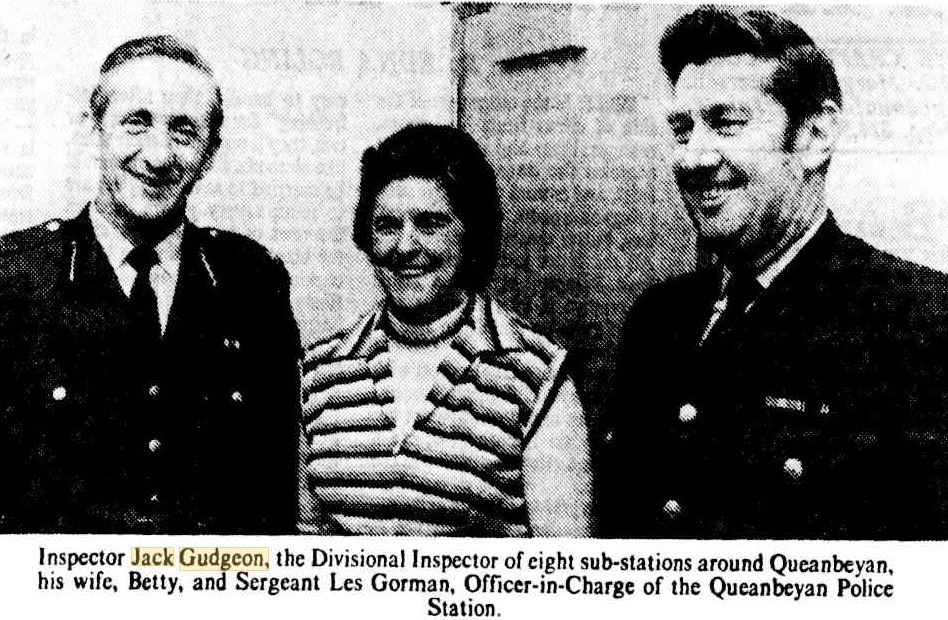