Interred in the same grave: 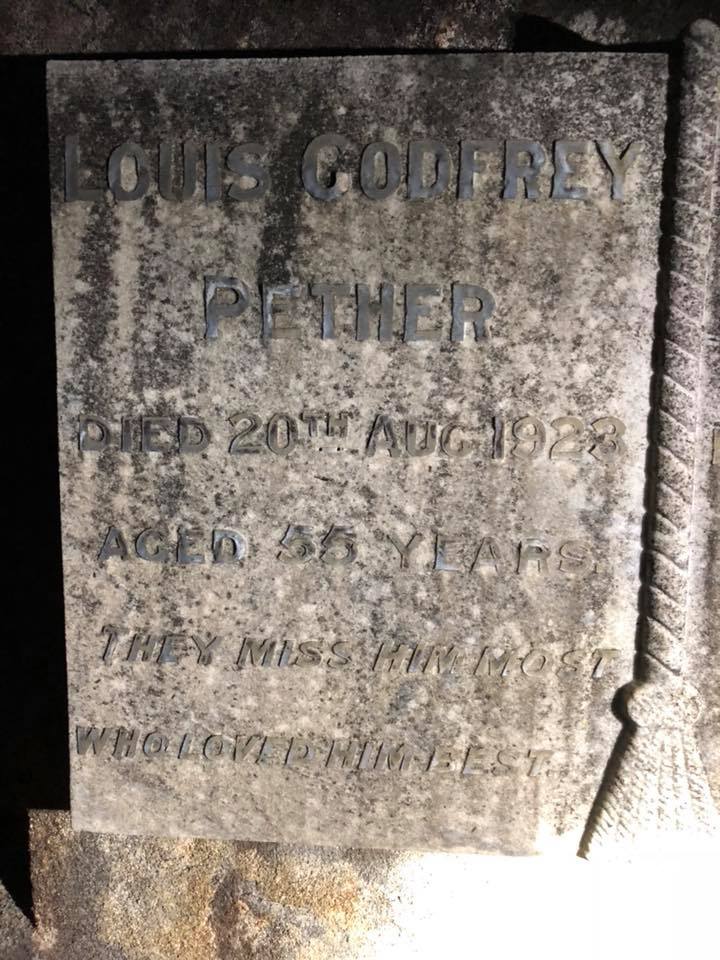 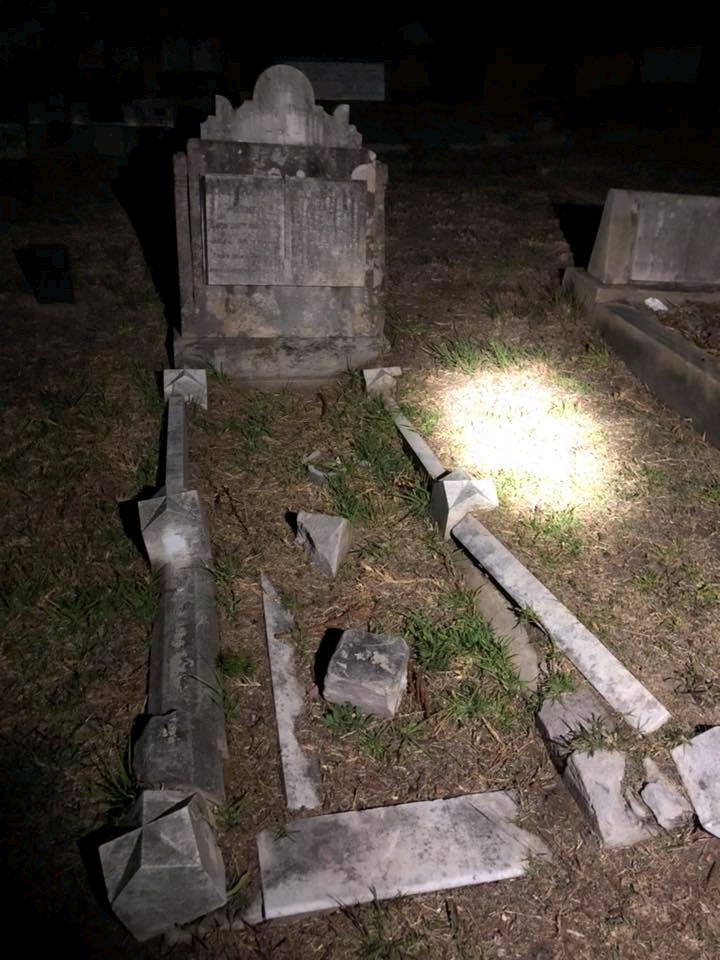 The Examiner newspaper dated 21 August, 1923 reported the following account of the death of Detective Sergeant Pether.

Detective Sergeant Louis Godfrey Pether was found dead to-day in a lavatory at the police headquarters, Sydney. He had a bullet wound in his head, and an automatic revolver was lying by his side. He was aged 56 years, and had been in the New South Wales Police Force since 1895.

Pether contracted influenza two years ago and never recovered. Chest trouble developed, and he suffered from defective memory. Early last Monday morning Pether remarked to Detective Bowie that his illness was driving him mad. A few seconds afterwards a revolver shot was heard, and Pether was found unconscious in the basement and bleeding from a wound behind the ear.

The sergeant was born about 1867 and joined the New South Wales Police Force about 1895. At the time of his death he was attached to the Sydney Criminal Investigation Bureau, and had previously been stationed at North Sydney.

Up to the time Pether was compelled to take special leave, owing to sickness, he did special work for the Crown Law Department.

He was also a brother of Harry PETHER of Talbingo Hotel.

Detective Sergeant Louis Pether was found dead with a bullet wound in his head in the lavatory at police headquarters, Sydney. He had been indisposed for some time, and had been away from duty for several

months. He visited the office this morning to make application for work at a country station. For the last five years, deceased had been attached to the criminal investigation department.

Early yesterday morning Detective-Sergeant Louis Godfrey Pether was found lying in the lavatory, at the police headquarters, at the corner of Hunter and Phillip streets, with a bullet wound in his bead. An automatic revolver was lying at his side. The Civil Ambulance conveyed him to the Sydney Hospital, where Dr. Taylor pronounced life extinct.

Detective-Sergeant Pether, “who was 56 years of age, joined the police force in 1895, and for 23 years was stationed at North Sydney. In 1919 he was attached to the Criminal Investigation Branch. For several months past he had been in bad health, and had intended going to the country for a holiday. He was regarded as a capable and conscientious officer.

Suicide while temporarily insane was the Coroners verdict after his inquiry into the death of Detective Pether who was found shot in a lavatory at Police Headquarters on Monday.

Detective Bowie said that he saw Pether near the lavatory, and inquired how he was. Pether replied: “I am bad — bad — bad: it is driving me mad!” witness advised him not to give way and asked him to wait a minute, and they would go together to see the doctor. He returned in a couple of minutes, and could not see Pether. There was a report of a shot in the lavatory, and when the door was forced open, Pether was found with a bullet wound in the head.

Pether was taken to Sydney Hospital, but was dead on arrival.

Subsequently witness discovered some pencilled words in Pether’s hand writing on the wall of the lavatory.

” I could not have been treated with more consideration by the doctor and my officers: but I feel that I am losing my reason, having already lost my memory. ” Underneath were the Initials ‘G.P’