( late of Orangeville Formerly of Malabar ) 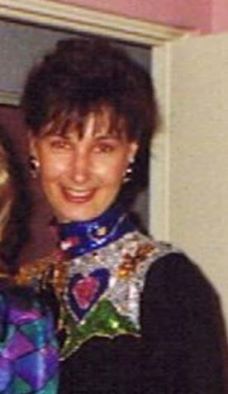 DURBRIDGE, Lyndall Margaret
Late of Orangeville
Formerly of Malabar
Passed away peacefully January 6, 2016.
Beloved wife of John, adored daughter of Meg and Bruce.
Much loved sister of Andrew and Phillip.
Aged 53 years
Will be sadly missed by family and friends.
LYNDALL’S family and friends are warmly invited to attend her Funeral Service to be held at St Jude’s Anglican Church, 104 Avoca Street, Randwick on Wednesday, January 13, 2016 commencing at 1:30pm.
Maroubra 9314-2778
Australian Owned Member of AFDA
Funerals
Published in The Daily Telegraph on 11/01/2016

Lyndall Durbridge nee Harris passed away last Wednesday night after a long battle with a very complicated type of cancer. Lyndall worked in the Eastern Suburbs District Officer in the 1990s.

Her funeral will be held next Wednesday the 13th January 2016 at St Judes Church, 106 Avoca St, Randwick at 1.30pm and afterwards at Randwick Golf Club.

Posted on behalf of Kara Leonard.
___________________________
On a personal note, my work over a number of years required continuous interactions with Lyndall whilst she worked at the District Office. Lyndall was simply a lovely young lady who always offered a smile, was soft spoken, sincere and loved a giggle. Lyndall was a loyal and professional Police Officer.