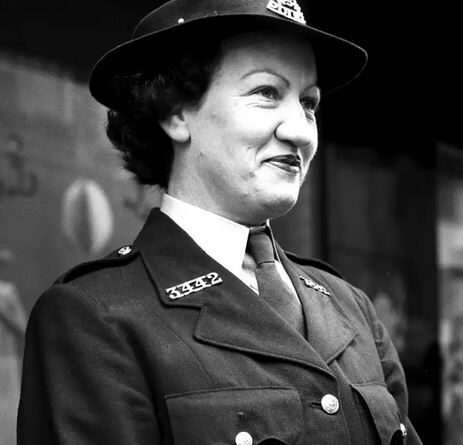 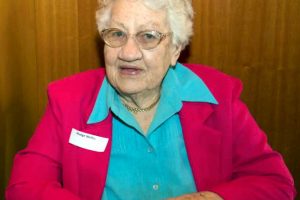 Mrs. Madge Welby, daughter of Mr. and Mrs. J. Barry, of Bulahdelah, has just been sworn in as a policewoman.
Mrs. Welby, who is the widow of Detective E. S. ‘Frank’ Welby, enters a six months’ course of training for work in the Police Schools Lecturing Squad.
https://trove.nla.gov.au/newspaper/article/161022747

DETECTIVE’S WIDOW IN THE ‘FORCE’

Tall, attractive Mrs. Madge Welby, said this week that she had joined the Police Force because she had always been interested in her dead husband‘s work.

Mrs. Welby is the widow of Detective-Constable E. S. (“Frank”) Welby, who died of heart trouble in March.

He had been attached to Regent Street Police Station for more than four years. 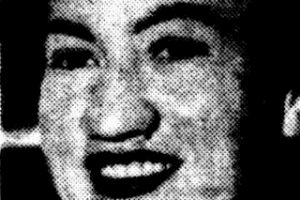 Mrs. Welby, who had just been sworn-in as a police-woman, said: “I felt I’d grown to belong to the Police Force, and I love children.

“My work in the police school lecturing section should give me the chance to satisfy both these interests.

“it will let me serve the community in the way I’d like best.”

Mrs. Welby said she had no children of her own, but “more than 30 nephews and nieces.”

Before her marriage she had worked as a machinist, she said.

The widow of a city detective was sworn in to-day as a member of the Women Police.

Her husband, Detective Frank Welby, who was attached to Regent-street City Division, died in April.

IN the Estate of FRANCIS EDWARD WELBY late of Concord West in the State of New South Wales, Constable of Police, deceased Intestate – Application will be made after 14 days from the publication hereof that Letters of Administration of the Estate of the abovenamed deceased may be granted to Madge Aletia Welby the widow of the said deceased and all notices may be served at the undermentioned address.

All creditors in the Estate of the said deceased are hereby required to send in particulars of their claims to the undersigned MERVYN FINLAY & COMPANY Solicitors Newlands House 141 Elizabeth Street, Sydney. 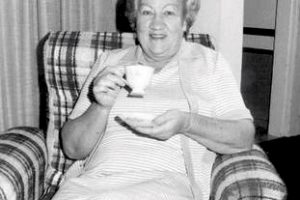