prior to joining AFP 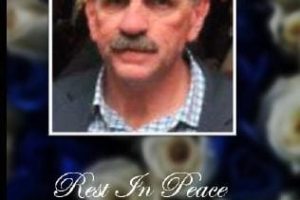 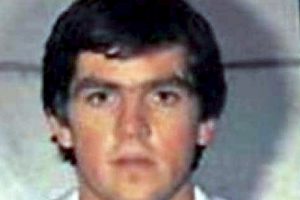 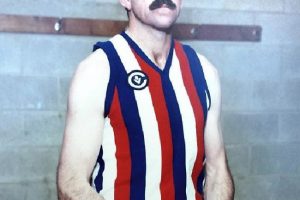 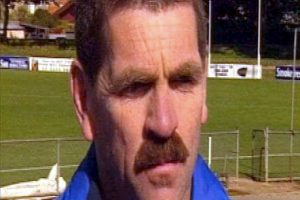 A SECOND workplace suicide has rocked the Australian Federal Police after another member died at the Melbourne Headquarters.

AN AUSTRALIAN Federal Police officer who is believed to have taken his own life inside the Melbourne Headquarters over the weekend was the second to do so in the building this year.

It was the latest in a string of apparent workplace suicides that have rocked the embattled organisation.

News.com.au understands that AFP member Malcolm Scott, 59, walked into the foyer of the building and died by suicide just before 9am on Saturday.

AFP Commissioner Andrew Colvin said it was “with great sadness I can confirm one of our police officers has died in Melbourne … as a result of a gunshot wound”.

“The male officer was found by colleagues in the AFP’s Melbourne Headquarters in La Trobe Street,” Mr Colvin said.

Mr Scott’s death followed that of colleague Sue Jones, 53, who died by a gunshot in shockingly similar circumstances in the same building earlier this year. Mr Scott and Ms Jones had worked on the same team within the Melbourne branch, according to colleagues who spoke to news.com.au. Both deaths were believed to be non-suspicious.

“We’ve been contacted by a lot of members who have been struggling with PTSD.”

Mr Kelly said he was concerned officers might be trying to send a message by taking their lives in the workplace.

The circumstances in the lead up to Mr Scott’s or Ms Jones’ deaths are not yet publicly known. But the tragic incidents have highlighted an increasingly fragile workforce in an organisation that has now seen two members go to work and die there in within nine months of each other. According to AFP whistleblowers, the deaths are symptomatic of a stressed workforce that has been overexposed to a toxic — and dangerous — culture.

Ms Jones’ death prompted close to 100 current and former AFP agents to contact news.com.au about the organisation’s extreme bullying culture and its mismanagement of the issue.

Many of those who came forward said they or their loved ones had contemplated or attempted suicide because of poor treatment at the hands of the organisation and a lack of internal support.

“It’s like looking at a whole lot of ticking time bombs and wondering which one will go off,” one AFP source told news.com.au in February this year.

It was a prediction those who spoke out publicly believed would come to fruition.

There are now grave concerns from within the AFP community that some struggling members with access to firearms may not only be a risk to themselves, but also to others.

“Anytime another story comes out it turns the spotlight on AFP and then the sharks come out,” one source said.

“The AFP only cares about managing their image, it’s toxic.

“There needs to be an inquiry.”

An AFP spokesman on Tuesday said members of the organisation “were shocked and saddened following the incident on Saturday — with our deepest sympathies extended to the officer’s family and colleagues”.

“The AFP recognises that policing is in inherently difficult job that can place the mental and physical health of members at risk,” the statement read.

“This is why the AFP has a range of systems and protocols in place that recognise the seriousness of mental illness, and to provide necessary support to affected members.”

MORE: Push for inquiry into the AFP

MORE: Inside the AFP

Mr Scott had served in the AFP’s International Deployment Group (IDG) in East Timor and Papua New Guinea before returning to Melbourne.

Prior to that Mr Scott served as a member in Victoria Police. He was also a popular footballer who had played 10 games and kicked 26 goals for St Kilda in 1979-1980 and later played one game for Sydney. He was a country footballer with the Sebastopol, North Ballarat and Bacchus Marsh clubs.

Bacchus Marsh Club president Adam Sutherland described Mr Scott as a “special member of the Cobra family being a player, Captain, Coach, Mentor, Leading Goal Kicker, and member of the Team of the Era”.

“He is also a BFL Hall of Fame member, and decorated North Ballarat and Sebastopol player and member. Malcolm was also a very community-minded person, performing many community roles over many years, most recently of course as a member of the Australian Federal Police to do his bit to help make and keep our country safe,” Mr Sutherland said.

“All who knew Malcolm will never forget him.”

One of many tributes to Mr Scott that poured in on social media described him as “a great guy who touched the lives of thousands”.

“A respected veteran police officer and admired AFL coach, he quietly commanded respect, and his deeds and mannerisms made him a stand out as a true gentleman,” it read.

“His memory will live on in the hearts and minds of all those who had the privilege to meet him.

“Our sincere condolences to the family, friends and colleagues of this great officer, footballer and humanitarian.”

Victoria Police is preparing a report in relation to Mr Scott’s death for the state coroner.

“The AFP will closely consider the circumstances surrounding this recent incident as well as any recommendations from the coroner to determine if any further support or operational changes are required,” a statement from the AFP read.

One police welfare advocacy group spokesman told news.com.au: “The most important thing is that AFP should constantly be under a strong spotlight, we must never lose interest, assume that things got better, or fall for the plane-pulling stunts.”

For more information on how to support others who might need help and what warning signs to look for, visit: Conversations Matter.

Jump to navigation Jump to search

Malcolm Jeffrey Scott (11 April 1958 – 4 November 2017) was an Australian rules footballer who played with St Kilda and Sydney in the Victorian Football League (VFL).[2]

Malcolm Scott also played for Learmonth in the Central Highlands FL and Avoca in the Lexton FL.

Malcolm Scott was also a long serving member of the Australian Federal Police and Victoria Police. He committed suicide in November 2017, aged 59.[4]

Scott, who had an illustrious playing and coaching career with Sebastopol and Bacchus Marsh clubs in the BFNL, died suddenly at the weekend.

Sutherland also posted on the Cobras’ Facebook page, informing their members of his death.

“Malcolm you have gone too soon but will live on in the hearts and memory of the Cobra family,” part of the post read.

The former St Kilda and Sydney player was a well known figure in the region’s football circles for his decorated career in the BFNL. He was also a long time member of the police force.

Scott coached the Sebastopol Football Club in 1983-85 and again in 1999-2001 and the club’s football department member Chris Parker told The Courier on Sunday the Scott family would be well supported by the entire football fraternity.

“Prue (Scott’s daughter) plays a big part in the Sebastopol FNC’s netball side and the club will rally around her, her mother and brother as much as we can,” Parker said.

Parker, who played at the Sebastopol club under the guidance of Scott as coach, described him as a great mentor.

“Malcolm led by example. He was a terrific player and coached a young side … he was an excellent mentor to the lot of us. He was a big influence on the young guys and was well-respected at the same time,” Parker said.

Parker also described Scott as eccentric. “He would often say or do something that you were not expecting.”

Scott was also modest about his football achievements. While researching Scott’s career before his induction into the BFNL Hall of Fame, Parker asked the Sebastopol coach about his AFL playing career, which included 11 games with St Kilda.

“That’s not worth mentioning,” was Scott’s reply.

Parker said while Scott’s formal involvement with the Sebastopol FNC finished several years ago, he still liked to watch matches throughout a season.

“He will be sadly missed around the club,” Parker said.

– Played 20 matches with the Ballarat FL senior interleague side. Member of the division 1 championship teams (1981-83)

– Represented the VCFL at the state championships (1984)

– Picked in the best team ever for the Sebastopol FC, Bacchus Marsh FC and North Ballarat FC