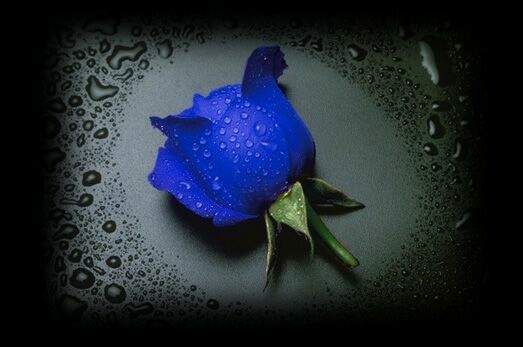 Jacks widow – Janet Bailey passed away, peacefully, in her sleep on Saturday 27 March 2021 and will be laid to rest with Jack at the Pinegrove Cemetery on Saturday 3 April 2021.  May they both, forever, Rest In Peace.

was to be transferred to Moss Vale – but that was Cancelled,

On 8 January 1978 he was to go to Fairfield ( 34 Division GDs but that transfer was Cancelled,

Whilst the Traffic Supervisor at Wagga Wagga Police Station, Jack took optional retirement, at the age of 55 – 9 September 1984

Awards:  No Find on Australian Honours – however his Service Card shows

For part played in fighting the disastrous bush fires which occurred in the County of Cumberland during March, 1965.

No live stream of funeral – Pinegrove don’t have these facilities

Upon joining NSWPF, Marcel was:

He was previously employed at a Parcel Sorter – 2 weeks, Process Worker – 3 months, Fitter and Machinist 6.5 years.

He was approved as a High Speed Manual transmission driver on 23 May 1966.

At the time of publication, I have no further information – other than what is posted above.

I can’t help but be impressed with the respect you all have for each other even though dad retired around 36 years ago.

Inspector Scott Smith and six Police Officers from Mt Druitt took the time to attend the West Chapel at Pinegrove to honour dad and my mother Janet,  Friday 26th June 2020.  Family and friends were touched by the tribute and some footage and photos are available.

Dad was devoted to my mum (retired nurse/midwife) who  had a stroke in 2010 that affected her right side and speech.  Dad maintained the family home and spent every day (unless unwell) with mum.   He decided in January this year to sell the home to spend more time with mum.  He had a few health issues but was on the mend. He had a strength and determination you had to admire, no excuses.

He passed away peacefully in his sleep early in the morning on Sunday 21st June 2020 close to his loving  wife of 65 years.

I have two photos that we used at the service of the graduation of the class of 1952.  It was  taken at the Penrith academy and they were  found when preparing the Braidwood and Schofields properties for sale.

I will soon email them to you and Jody McLeod  for your records.

I have another early  picture of dad in what appears his motor cycle uniform.  A few photos later in his career on his bike and in his uniform at Wagga Wagga with a departmental  just before he retired on the 8th September 1984.  There is a  photo taken at his send off where he was presented with two plaques, one a hand made copper plaque and other memorabilia.

There are more photos and slides  to go through and if I locate any that may be of interest to your group I will forward them to you.

I am custodian of his long service good conduct medal which  was presented to him by Prime Minister Gough Whitlam who had gone out of his way to congratulate Dad and shake his hand.

I was not aware of his commendation through the fires and if it was written I hope I locate it as I still have some personal items to sift through.

I have his trade certificate,  Discharge from the Police Force and other certificates and happy to share if it is of interest.

When stationed at Parramatta he assisted the army at   Windsor through the catastrophic floods.

I recall some of his time at Liverpool Police Station through the mid to late  70s and I would often visit him there  on my way home from work.

He was on duty at Liverpool ( Feb ) 1977 when the train derailed at Granville and Mum was a nurse at Fairfield where many of the casualties were taken.  ( If Jack was stationed at Liverpool in Feb 1977 then his timeline of station attachments must be wrong.  Cal )

Dad was proud of his years in the force and valued the mateship.  He  retired at 55 to spend time and travel around the state with mum in their van and later a Winnebago.

Our condolences on the loss of your father and I hope that you, and the family, gain strength from knowing that he wasn’t forgotten by those who knew him.

Would also like to attach any funeral pamphlet that may have been made and a copy of his Service record and Eulogy.

On Thursday  1 April 2021 – Lynne returned an email with the below attachments and also with the sad news that her mother, Janet Bailey, passed away peacefully in her sleep on Saturday 27 March 2021.

Janet will be laid to rest with Jack at Pinegrove Cemetery on Saturday 3 April 2021.

I knew Jack when I was a very junior cyclist at Liverpool in 1976. He was a true gentleman and a gentle giant. With both Jack and Wally Maher being in charge, I thoroughly enjoyed their leadership as well as working with some truly great police. A lot of names are coming back to me now including, Warwick White, Roger Morrison, Jack (Strop) Davey, Danny Forster, Ron (Cricket) Judd, Alan (Bruno) Bell, Garry (Nugget) Pearsell, Steve, ( I won’t say his nick name) Vagg, Peter Sydenham and others. Thanks for the memories guys.