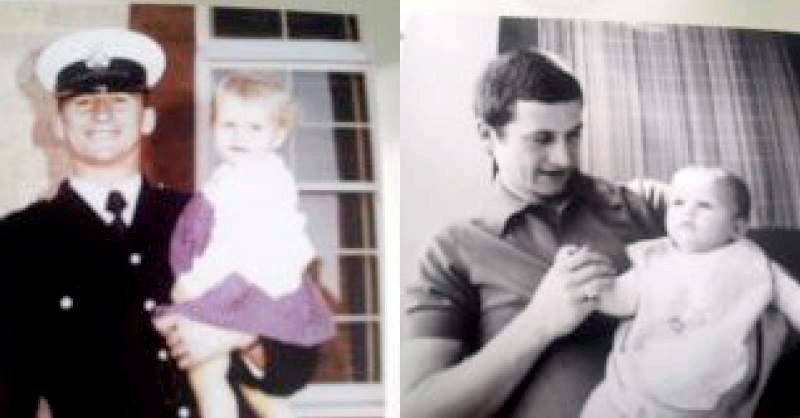 WYLIE. A Funeral Service celebrating the life of Detective Senior Sergeant (Ret. ) Mark Wylie will be held in the Chapel of the Victoria Police Academy, View Mount Rd, Glen Waverley on TUESDAY (July 22, 2014) commencing at 2 p. m. Mark’s Burial will be held in the Macedon Cemetery, Bent St, Macedon on WEDNESDAY (July 23) at 10.30 a. m. POLICE HONOURS In lieu of flowers, please consider a donation to beyondblue in memory of Mark. Envelopes at the Service.
Funerals
Published in Herald Sun on 18/07/2014

This is how his daughter Fiona would like everyone to remember him.

Broken pieces.
The warrior still fights on.
Travelling into the cosmos at lightning speed.
The universe will cuddle you.
Deep. Transcendental.
Unrelenting in the pursuit to eradicate the pain.
Your heart is glowing.
Surrounded by radiant beacons to heal the open wounds that still remain.
Singing along with Barry White.
The eclectic superstar dancing into the light.
Transformative. Pure essence. You are unfolding at a rapid pace.
I pray to God that you find a majestic and beautiful place.

It is surprisingly easy to break into a hospital, even one filled with cops.

Detective Sergeant Mark Wylie was recovering after he was badly wounded in a gun battle with a suspect in the 1985 Russell Street bombing that killed policewoman Angela Taylor and wounded another 21 people.

Shot through the chest, Wylie nearly died at the scene and again on the operating table, but his elite fitness and stubbornness helped him defy the odds.

He was sent to the old St Kilda Road Police Hospital to recuperate and his visitors were suppose to be vetted. So the thought of a couple of stray reporters wandering in was out of the question.

So we took the back door. There were allegations that we ( police reporter Jim Tennison and myself ) wore doctors’ coats and borrowed stethoscopes to gain access, but that would be unethical, outrageous and possibly true.

I had a standing joke with the good-looking and perpetually tanned Wylie, suggesting he had a ray lamp in his office, a sunroof in his police car and spent his leave playing French cricket on a Bahamas beach.

With Wylie out for therapy we ”decorated” his room with tropical fruits and summer props so it looked like a set out of Gilligan’s Island. Wylie returned and immediately got the joke. In between profanities he laughed so much he claimed his stitches were about to burst.

We weren’t the only illegal visitors. One evening Melbourne identity Mick Gatto, whose two-up school had been raided by Wylie, turned up to pay his respects.

The patient thanked him before suggesting he should probably leave. As he turned, Gatto asked what food he missed and the policeman mentioned an occasional craving for a Chinese feed.

( Wylie always enjoyed ethnic food. In recovery his surgeon asked him what he had for dinner the night before the dawn raid. When told it was a Sri Lankan curry, the doctor said, ”That explains it”, before revealing they had removed a seemingly endless number of sesame seeds with tweezers from the patient’s perforated bowel. )

The night after the Gatto visit a taxi turned up with enough food from the Flower Drum to feed the entire ward plus some strays from Prince Henry’s Hospital next door.

It was Anzac Day 1986 when Wylie, who was to lead the raid to arrest bomb suspect Peter Reed in his Kallista home, woke with a sense of dread. The raiding party had not worked together and it was way too late for rehearsals. They had three ballistic vests between 10 and while Wylie was trained to use a shotgun, he had not fired the type assigned for this job.

He familiarised himself by pumping it three times in the Nunawading police station car park at 3am as the team met inside.

As Wylie was to be one of the last through the door he didn’t wear a vest, but as the team fanned through the house, he was the first to see Reed, crouching in a bedroom. ”He’s on his haunches … and he’s pointing a .45 revolver straight at me.”

”He fired off his third and fourth, and basically I walked into the fourth and it went straight through me … It was bang bang, it was like cracker night, it was just on for young and old. There was lead flying everywhere,” Wylie told ABC documentary Trigger Point, which aired earlier this year.

”I knew that I’d been shot. You know, unless you’ve been shot, it’s hard to describe. It’s just a weird, weird feeling.”

Reed, who was also shot and survived, was later acquitted of the Russell Street bombing but convicted of the attempted murder of a policeman.

As he drifted he felt another policeman removing his wallet from his back pocket. ”I asked him what he was doing and he said, ‘If you die we will have to put some money on the bar, so it may as well be yours’.” It was that dose of police black humour that brought him back to reality and made him fight to stay awake.

It took months for Wylie to recover physically, but there were deeper scars time couldn’t heal. Sometimes after a few drinks with him you could feel its presence – an invisible cloud that would descend without warning.

While on sick leave he started tertiary studies and when he returned to the armed robbery squad he found there was something missing.

Wylie was always a 100 per cent character: intense, intelligent, meticulous and self-aware. He knew the shooting had changed him and after another armed raid decided he had to leave the squad.

”The psychological stuff just hangs all over you; it’s like an ivy; just crawls all over your body. You just cannot beat it sometimes; it just knocks the daylights out of you. It’s awful.”

He was presented with the prestigious Valour Award and promoted, but he had lost his passion for policing and quit.

For a while he withdrew from old copper mates, perhaps seeing them as a reminder of the morning he nearly died. ”I basically wanted to be on my own so I could nut through the challenge that I had before me.”

He found many of the skills he had developed in the police force were in short supply in private enterprise and became a risk management expert, working in Australia, Asia, Africa and Europe.

We kept in touch and he would ring from time to time from Dubai or Hong Kong for a gossip and a laugh. When I was asked to assist in the Trigger Point documentary on police shootings, I wanted Wylie to tell his story. He instantly agreed.

As we sat in a small Carlton motel room ready to film, the soundman wanted the air-conditioner turned off to avoid the distracting hum. Wylie baulked, saying he would sweat buckets if the room was not cold. I thought the stress would be too much, but once the camera rolled Wylie told his story from beginning to end without a break.

Even though it had been nearly 30 years he remembered every detail as if it was yesterday. Which was hardly surprising, as virtually every day he would think about how he ran into that darkened house without a ballistic vest, carrying a shotgun he wasn’t trained to use, and how the bullet ripped through him before ending trapped in his parka lining.

We spoke to many police involved in shootings and Wylie was perhaps the keenest to have his story told.

Sometimes people say things publicly they can’t bear to say in private. He watched the episode with one of his sons, who held his hand as the story was told. It was a simple act of love which seemed to say, ”Now I understand”.

When he went to bed his son put on his father’s favourite music and just lay with him in silence. As Wylie told me that story his voice cracked with a father’s sense of pride.

Old mates contacted him after the show. Bridges that hadn’t been burnt but had fallen into disrepair were rebuilt.

In the aftermath he decided to use his terrible experience to help another generation of police and wanted to work as a mentor at the Police Academy and with the Police Association.

The last time we spoke he said, ”You don’t know what this means to me. I love you. You’ve saved my life.” And he wanted a long lunch with the police who told their stories on Trigger Point.

At the end of last week he had a chat with an old armed robbery squad mate. ”He seemed in a good place.”

Mark Wylie, 61, took his own life last weekend, leaving a wife, three sons, a daughter from a previous marriage and a thousand questions.

”He never recovered from the shooting. He is another victim of the Russell Street bombing as far as I’m concerned,” a former colleague said.

Chief Commissioner Ken Lay knew Wylie struggled with his demons. ”He was a good man and a much loved police officer.”

There are many critics of the old-style crime squad mentality, but no one can doubt that ingrained sense of loyalty. They backed each other up in armed raids and now back each other up in retirement. They were there for him, but for Wylie it wasn’t enough.  On Tuesday they will be there for his funeral.

Our condolences on the passing of Mark Wylie

Mark was a regular at the junior cricket games, particularly the Friday night home matches when there was an opportunity to relax at the end of the week with other parents.

Our Club is saddened by his passing.

Below is a tribute written for the Football Club by our MVCC Fourths captain Brett Curran – a close friend of Mark.

Moonee Valley Football Club is sad to announce the passing of Mark Wylie who died on Monday 14 July 2014.

Mark had a long association with the Football Club.

Over the last decade Mark was fixture at junior matches watching his sons Sam, Nick and Daniel play for our juniors.

His wife Louise and he have been stalwarts of the junior club with Louise pioneering a professional approach to our junior training volunteers.

Mark was renowned for his sharp mind, good humour and company. Mark held a number of senior executive positions in various organisations and was an expert in security systems.

Earlier Mark had an extensive and successful career with Victoria Police and was the recipient of the Valour Award, the highest award for bravery.

We pass on our deepest sympathies to Louise, Sam, Nick and Daniel.