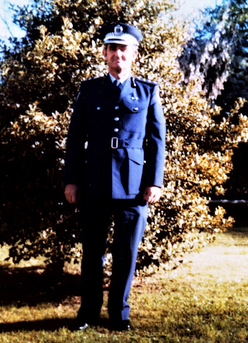 Rank:  Commenced Training at Penrith OR Redfern Police Academy on ? ? ?

There’s no cap on attendance numbers as long as people are all double vacc’d, space wise we can accommodate about 168 indoors and another 200 outside. There will be a guard of honour, organised by the Kempsey station. Thank you very much for being so generous with help, contact no. and time.

Buried at: Arakoon Cemetery, Lighthouse Rd, Arakoon, NSW, next to his wife Shirley, who passed away late 2018. 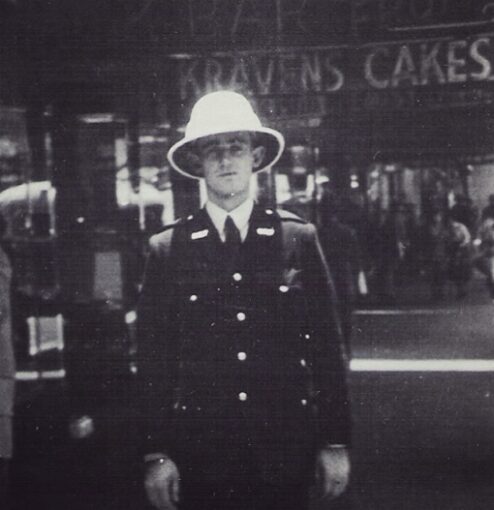 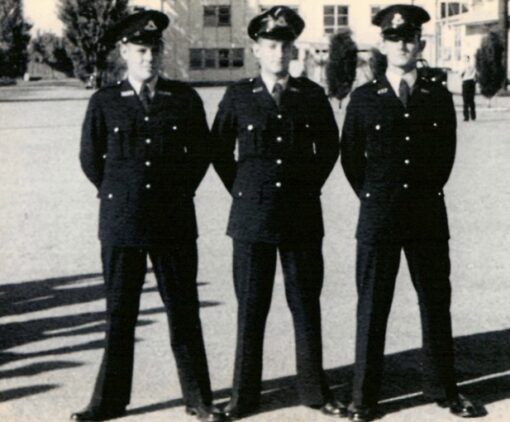 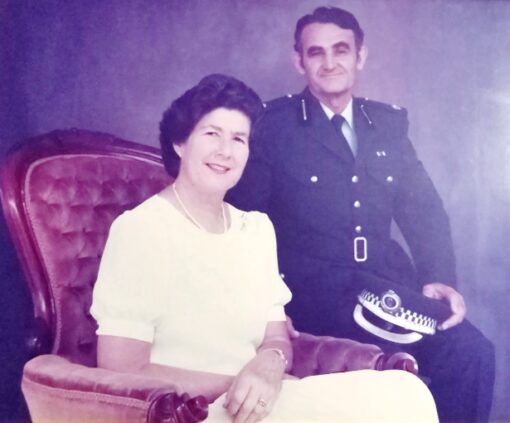 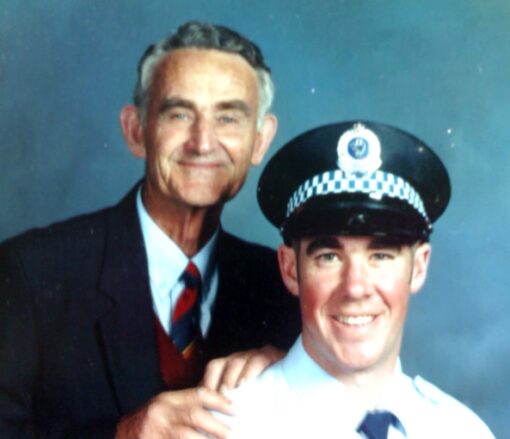 Two sent for trial over the death of a twin baby

There was a poignant scene in the old stone courthouse at Katoomba on Wednesday, when a detective handed the District Coroner ( Mr. P. O. Medlicott ) a photograph of the body of a six-weeks-old baby boy, described by doctors as shrivelled, wasted, and a victim of malnutrition.

Turning to the baby’s parents, who had been charged with manslaughter, Sgt. A. Waining ( assisting the Coroner ) said: ‘I don’t suppose you want to see it. You are entitled to see it, if you want to.’

The baby’s father, 26 years-old railway fettler, Leslie Williams, studied the photo impassively, but his 35 years-old de facto wife, Mrs. Peggy Winifred Lillian Poile, whose long hair flowed over her shoulders, turned away, hid her tear-stained face in the arms of a police woman, and sobbed convulsively.

The story told to the coroner began two years ago, when Mrs. Poile, having left her legal husband, went to live with Williams.

On April 19 last the couple, giving the name of Mr. and Mrs. Williams, called at the home of Mrs. Gwenllian Cousins, in Walgett St., Katoomba, seeking accommodation. ‘They had no money,’ said Mrs. Cousins.

‘Williams said he would pay me three weeks’ rent when he received his pay from the railways, which he did.

‘Mrs. Williams looked very ill, and was obviously expecting a baby, so I let them have No. 2 flat. ‘She didn’t make any preparations at all for the arrival of the child or children. People gave her things. ‘The flat was never tidy. I told her she should clean it up.’

On May 15, Mrs. Cousins drove Mrs. Williams — as most of the witnesses called her — to the Blue Mountains District Hospital.

Mrs. Williams took her babies, Gary Lawrence and Lesley Gail, back to her flat on May 29.

On Tuesday, June 23, Mrs. Cousins noticed that Gary was ‘a bit grey looking,’ and told Mrs. Williams she should take him to a doctor at once.

About 5.30 that afternoon, Mrs. Williams asked a neighbor, Beryl Fay Martin, also known as Mrs. Andrews, to mind the children while she went to meet her husband.

The babies’ parents returned home shortly after 9 p.m. ‘They had both had quite a few drinks,’ said Mrs. Andrews. ‘I think you could say they were drunk.

‘Mrs. Williams picked up the boy and started feeding him on the breast, and I think Mr. Williams went to pay the rent,’ she said.

The landlady, Mrs. Cousins, said that later that night she saw Mr. and Mrs. Williams in bed fully clothed.

Next night, according to a statement, Williams allegedly made to police, he and the babies’ mother again went out and got ‘pretty full.’

The constable said Mrs. Williams told him: ‘When I woke up this morning, the baby was cold and grey. I tried to get a taxi to go to the hospital.’

The constable took Mrs. Williams to the hospital. Sister Ruby Helen Wilson said that when the child arrived at the hospital, it was dressed in grubby clothes and wrapped in a dirty shawl.

‘I examined the child and found it was very cold, blue, dirty and obviously under-nourished,’ said Sister Wilson.

‘I contacted the matron, placed the baby in an oxygen tent and packed it with hot water bottles.’

Dr. Alfred Kenneth Jones, relieving Government Medical Officer at Katoomba, said he examined Gary at 11 o’clock the same morning. ‘He was obviously very sick, and deeply cyanosed — that means blue,’ said the doctor. ‘He was very wasted, consistent with a state of malnutrition.

In my opinion, medical attention should have been sought for the child considerably earlier.

‘Wastage would have occurred over perhaps two to three weeks, and I think should have been obvious to any person having care of the child.’

Seven hours later, Dr. Jones said, he performed a post-mortem examination. The baby was very emaciated, and there was almost complete absence of sub-cutaneous fat.

The small Intestine was completely collapsed, due to the absence of food. ‘It would seem that the persons who had charge of the baby had not given it sufficient to eat,’ the doctor said. ‘In my opinion, the cause of death was malnutrition, with terminal pneumonia.’

Dr Philip Hudson Macindoe, of Wentworth Falls, who also examined the baby, while it was in the oxygen tent, said it was ‘wasted, underweight, and shrivelled up,’ and apparently suffering from malnutrition.

Dr. Alfred Alcorn, of Echo Point, said that at 4 p.m. on June 26, at the request of Det. Sgt. Fisher he examined Mrs. Williams’ baby daughter, Lesley. She was thin, and in his opinion was also suffering from malnutrition. Her condition was now ‘quite improved.’

William James Irons, district officer of the Child Welfare Department, said he accompanied police in an inspection of the Williams’ flat on June 25.

The premises were filthy, and unfit for children he said.

Det.-Sgt. John Thomas Fisher ( NSWPF # ???? ), of Katoomba, said he had told Williams: ‘It’s alleged the baby was green yesterday morning, when Mrs. Cousins saw it.’ Williams replied that he had a hangover, and added: ‘I was that crook I didn’t feel like worrying about it. I sat in the backyard in the sun,’ said Fisher.

Williams told the coroner he did not wish to give evidence at the inquest. Mrs. Poile, however, elected to enter the witness box.

Her evidence consisted of two sentences, spoken between tears. ‘I just want to say I did the best for the baby.’ she sobbed. ‘Honest, I didn’t realise he was so ill.’

The coroner found that Gary Williams died from pneumonia, following malnutrition, which was the result of lack of care by its parents, and that the parents feloniously slew the child.

He committed Williams and Mrs. Poile for trial at Parramatta Quarter Sessions, and allowed each £100 bail.