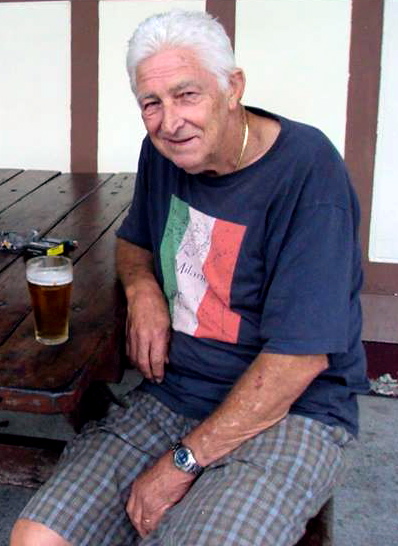 MULLANE,  MICHAEL EDWARD “MICK”
Aged 66 Years Of Nelson Bay and Victoria Hotel Hinton
Dearly loved husband, father, father-in-law and grandfather of ELLEN, MICHAEL, TRUDY, LILY MAY, AIDAN MICHAEL and RUBY ELENA, son of PATRICIA (dec’d) and EDWARD, brother, brother-in-law and uncle of ANNE and RICHARD CRONIN, BERNARD and MERRYN and Families.
MICK’s Family invite you to attend a Mass in Celebration of his Life to be celebrated at St Joseph’s Catholic Church, East Maitland this SATURDAY morning at 10.30.

http://tributes.theherald.com.au/obituaries/theherald-au/obituary.aspx?n=michael-edward-mullane&pid=177356072
[divider_dotted]
Mick was a member of NSW Police Force but left ‘ the job ‘ and eventually became the Licencee / Publican of the Victoria Hotel, Hinton, NSW, with his wife Ellen.
Locally known as the Hinton Pub, it has been continuously licensed since 1840 and is the oldest remaining pub in the Hunter Valley.
[divider_dotted]

Tributes have been laid at the doors of the Hinton Pub as the town mourns the death of its ­publican Michael Mullane.

The Victoria Hotel paid tribute to its fearless publican on Facebook over the weekend as it broke the news to the village.

“Mick passed away [on Friday] peacefully during his compulsory afternoon nap,” the statement said.

Customers and friends have ­rallied around Mr Mullane’s wife Ellen and their family.

Some took to Facebook to reveal their shock, while others left bunches of flowers at the pub door.

Wayne Campbell had his last drink at the pub on Thursday night and when he left the Mullanes were still behind the bar.

He was shocked Mr Mullane had died.

Ron Bremmell said it was a huge loss to the community and the pub would never be the same without him.

“I know Mick is looking down from heaven at all of us. Be strong as hard as it must be – Mick I’ll have an extra drink for you tonight,” Paul and Anne Martinovic added.

The pub is the oldest in the Hunter Valley and has been an integral part of Hinton since 1840.

The Mullanes renovated the pub and added a bistro where up to 70 people can dine­.

The pub will be closed until further notice.

It has been the lifeblood of the Hinton community for 176 years, a meeting place and a safe haven for isolated residents and farmers in times of flood.

If the walls of the historic Victoria Hotel at Hinton could talk it would be the making of a best seller.

Steeped in history the pub is about to start a new chapter with a relaunch on Friday following its untimely closure in January when former owner Michael Mullane died suddenly.

As a result the premises was sold and purchased by a local consortium, Goldthor Hotels.

Over the past four months the landmark pub has undergone a massive transformation, with a total refurbishment on the ground level.

New licensee Tom Greene said all will be unveiled when the Victoria’s doors re-open on Friday at 5pm.

But his sense of civic duty got the better of him and he rode his tinny across the rising floodwaters to open up for a few hours after lunch.

“It has never been closed during a flood for 140 years,” Mr Bailey, told the Newcastle Herald after assisting clean-up crews at Wallalong on Sunday.

“It’s where everyone goes not just for a drink, but to meet.

“There were people putting up signs with important information on them.”

There’s no shortage of stranded locals who are grateful for the barman’s defiance, but the hotel’s owner and publican Michael Mullane isn’t among them.

Mr Mullane said he specifically directed Mr Bailey not to open up because there was no power.

“Any reasonable person would understand that the hotel cannot operate when there is no electricity.

“It could have led to a whole range of safety and insurance issues,” Mr Mullane, who bought the hotel five years ago, said.

“There’s been two floods since I bought it and it’s remained open each time because the power wasn’t cut.”

Mr Mullane, who was told on Thursday night that the pub was operating, denied he had sacked Mr Bailey.

The pair have spoken once on the phone since Thursday and are expected to meet later this week to discuss the situation.

Mr Bailey said he had no regrets about opening up for the community’s benefit.

“It’s my issue; there’s nothing I can do; I did the wrong thing,” he said.

The pub’s doors have remained closed since Thursday, but that didn’t stop a sizeable crowd of Anzac Day revellers gathering outside on Saturday for a game of two-up.