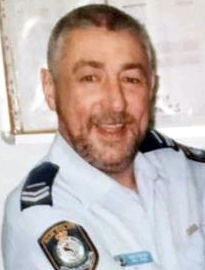 Cause:  Suicide – possibly at his home in Lalor Park, NSW – Hanging

Mick had just left “the job ” when offered the new superannuation scheme to get off pre 88 – his intention was to rejoin but Commander Wales knocked it back. Depression etc led to his suicide.