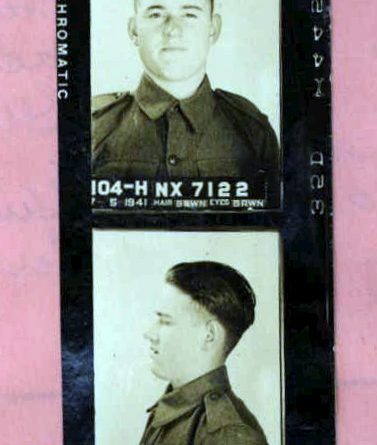 It is most probable that C.N. PAFF ( Mentioned in a below article re the death & Will of Charles PAFF, maybe a ‘brother’ to Oscar PAFF. )

Seems that old Oscar might have ‘fibbed’ a little to get into the A.I.F.

At the wedding reception of Miss Alma Burnett, and Mr. Oscar Paff, on Saturday afternoon, Oct. 5th, the wedding cake was cut with a Samurai sword, which the bride’s brother, Mr. Max Burnett (ex-RAAF) had brought back with him from New Britain.

The ceremony was performed at St. John’s Church of England, by the Ven. Archdeacon Mirrington.

The bride, who was given away by her father, was attired in a white gown of self patterned heavy cloque crepe, featuring a heart shaped neckline, ruffled bodice and sleeves, with a very full skirt, ending in a train.

Her tulle brocaded veil which was loaned to her for the occasion, was held in place with a halo of white camellias. She carried a shower bouquet of arum lilies and freezias.

Her two sisters, Mrs. V. Cooke, of Bathurst, and Mrs. B. Rodwell, of Cowra, were matrons of honor.

The former was dressed in a blue crepe gown, the skirt of which was very full. She added a shoulder length veil, held in position with a curvette of roses, and carried a bouquet of roses, ranunculus and mignonette.

The latter wore a dusty pink crepe frock with cape sleeves and a full le plum and skirt. Her matching shoulder veil was held in place with a curvette of sweet peas and carnations. She chose similar flowers for her bouquet.

The only jewellery worn by the bride was a string of pearls, while the attendants wore pendants with matching ear-rings.

Mr. Max Burnett, brother of the bride, carried out the duties of best man, and Mr. Vic Cooke, the bride’s brother-in-law, was groomsman.

A reception was held at the Lyric Hall, where the guests were received by Mrs. Burnett, who was dressed in black, with a shoulder spray of tiger lilies. She was assisted by Mrs. Paff, who was also in black relieved with pink.

Chairman at the breakfast was Mr. Hoodless, uncle of the bride. The three-decker wedding cake was made and decorated by Mr. Doug Jackson.

Soloist at the wedding was Miss Beryl Thomas, who sang ‘I’ll Walk Beside You.’

An amusing feature at the wedding was that Constable Jim Imber, friend of the groom, who was in the vicinity when the bride’s bouquet was being thrown, caught the bouquet.

The honeymoon is being spent on the North Coast.

Their future home will be at Cowra, where the groom is a member of the Cowra Police Force.

Among the guests at the wedding of Miss Alma Burnett and Mr. Oscar Paff were Mr. and Mrs. Hoodless, of Ginjelli; Mr. and Mrs. Con’n. of Hill End; Mrs. Paff and Miss Coral Paff, of Taree; Mrs. Kimm, of Hill End; and Mr. Kevin Rodwell, of Parkes. — ‘Cowra Guardian.’

The man, Brian Vincent Melville, 34, of Orange, sued Paff for damages, alleging that Paff had punched and kicked him on February 6.

He said he spent five days in hospital and five weeks at home recovering from his injuries.

Paff told the Court that Melville was drunk, and injured himself when he fell on the road after throwing a punch.

IN the Supreme Court of New South Wales.—Probate Jurisdiction. —Re will of CHARLES PAFF, late of Taree, in the State of New South Wales, retired farmer, deceased. — Probate granted by the Supreme Court of New South Wales on 26th August, 1966.—Pursuant to the Wills, Probate and Administration Act, 1898-1954, Testator’s Family Maintenance and Guardianship of Infants Act, 1916-1954, and Trustee Act, 1925-1942, Oscar Manning Paff and Charles Neville Paff, the executors of the will of the said Charles Paff, who died on 28th March, 1966, hereby give notice that creditors and others having any claim against or to the estate of the said deceased, are required to send particulars of their claims to the said executors in care of the undersigned at their office hereunder mentioned on or before the 7th December, 1966, at the expiration of which time the said executors will distribute the assets of the said deceased to the persons entitled, having regard only to the claims of which they then have notice.— Dated the 27th day of September, 1966 BUTTERWORTH, COWAN, DOUGLASS & CARNEY, Proctors for the Executors, Temple Chambers, Victoria Street, Taree. By their Agents: T. G. D. Marshall, Landers & Co., Solicitors, 251-253 George Street, Sydney. 8696—$3.25 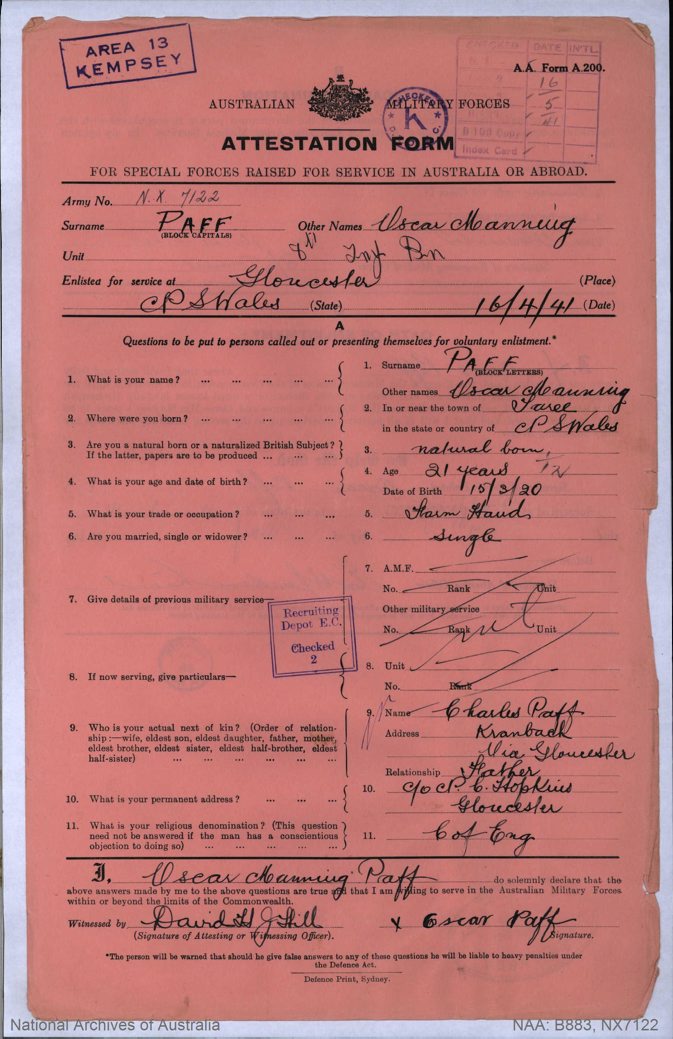 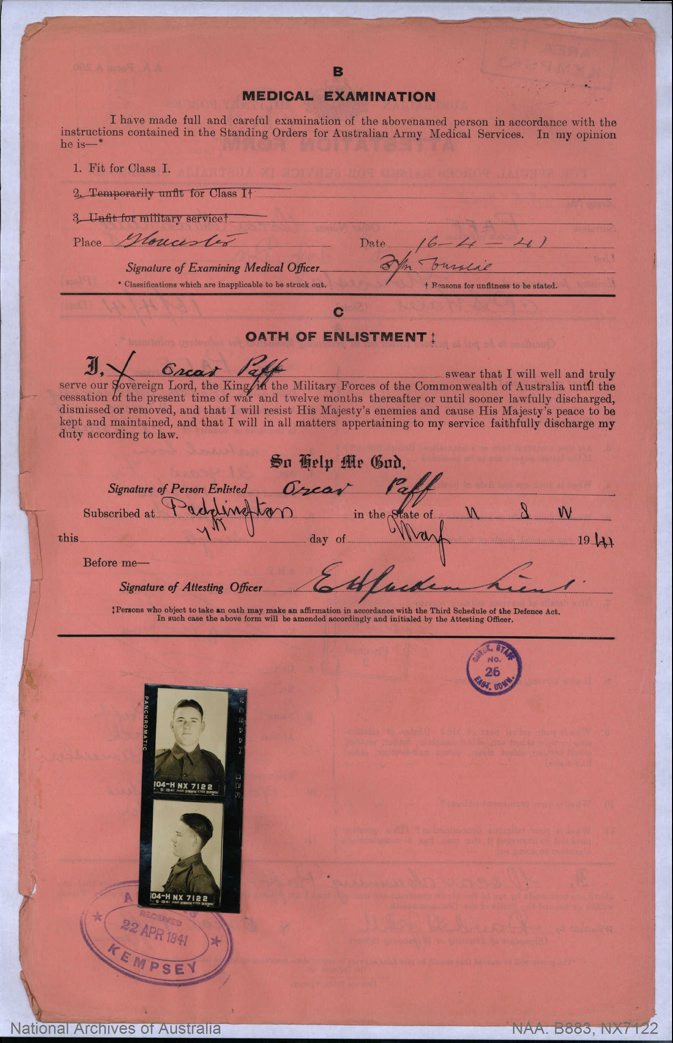 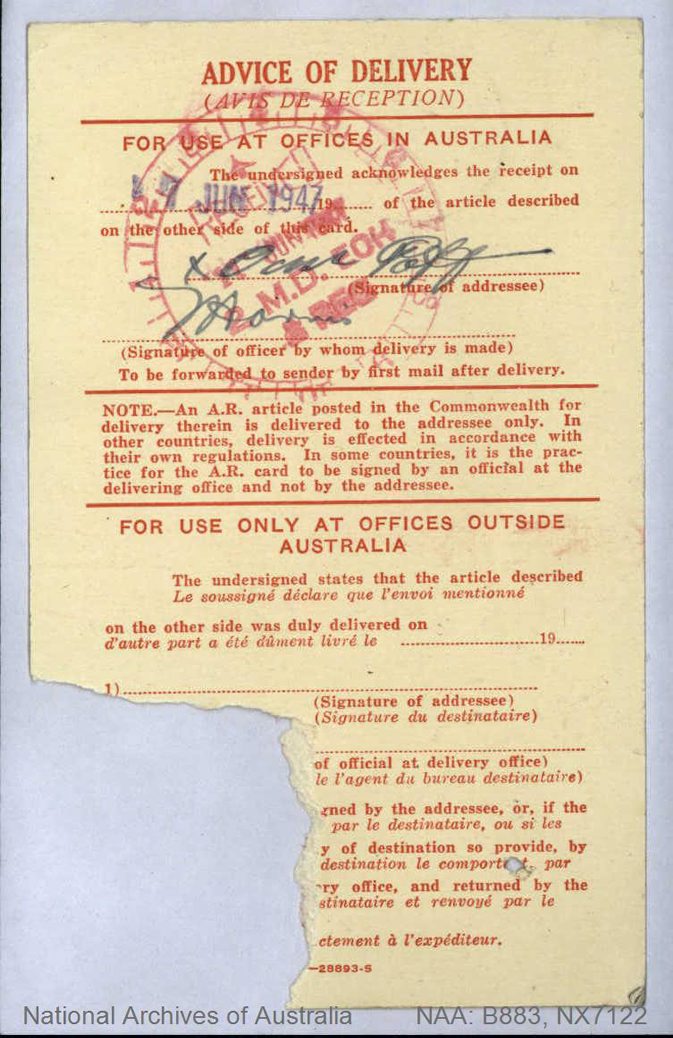 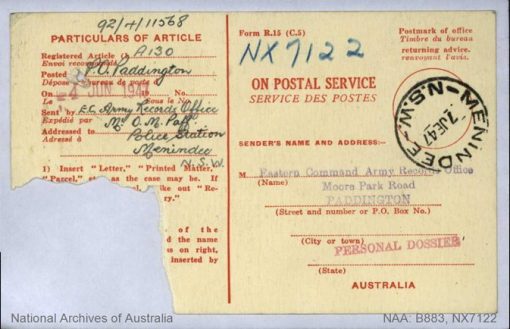 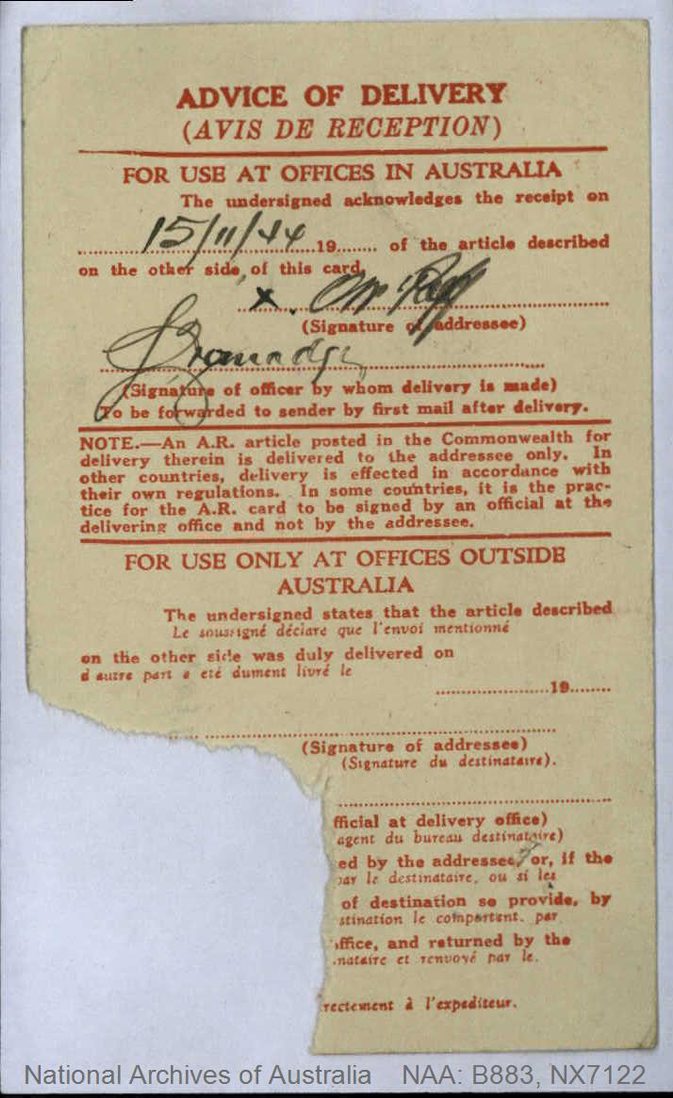 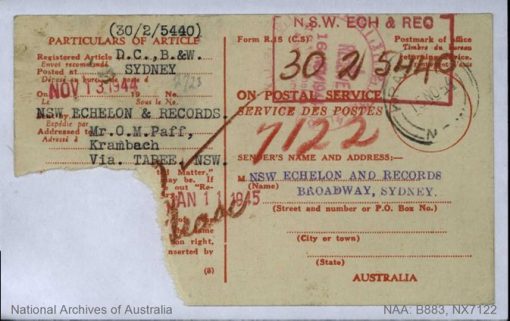 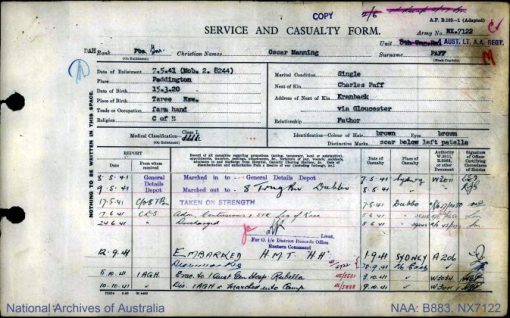 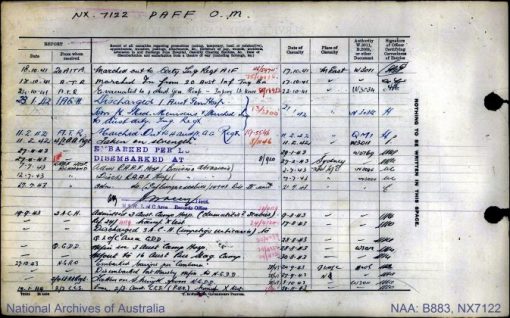 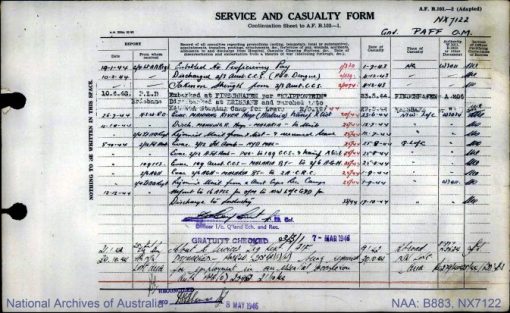 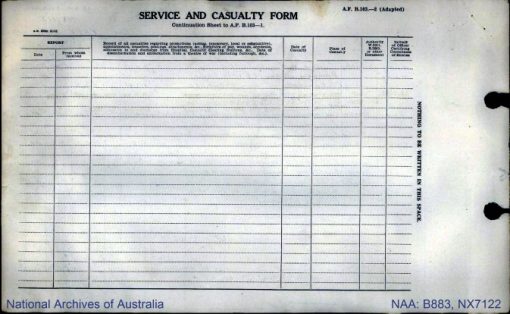 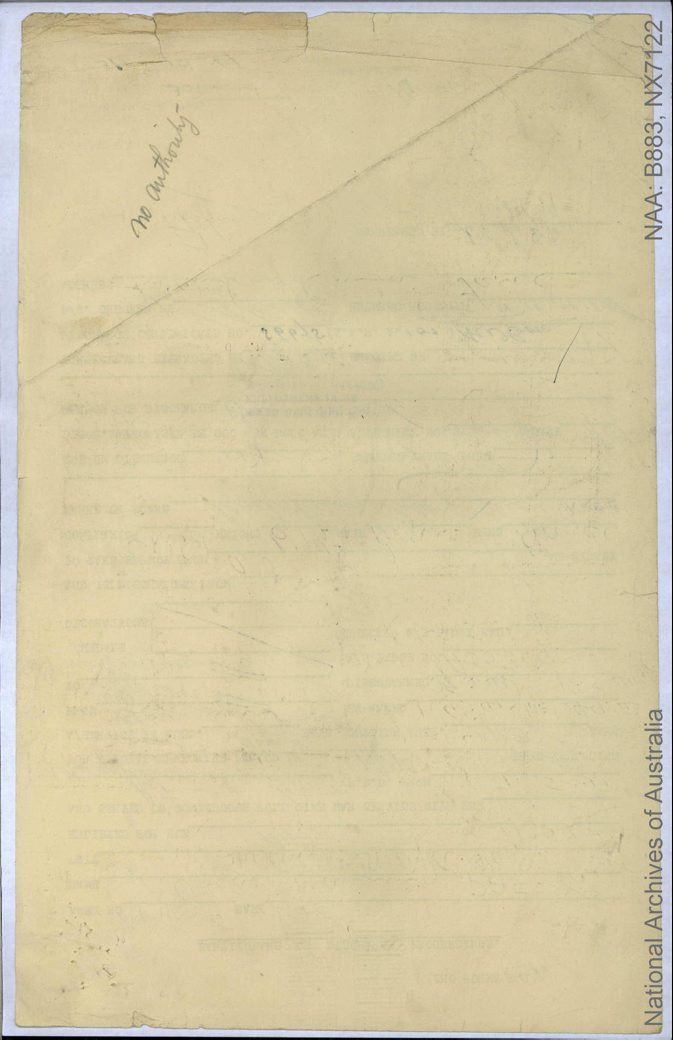 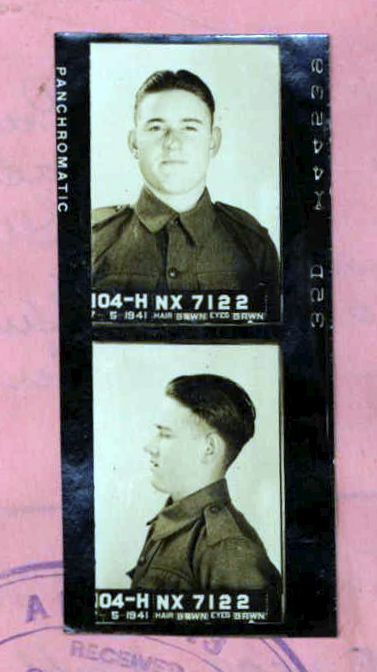