Funeral location:  The Church of the Apostles in Margaret Street 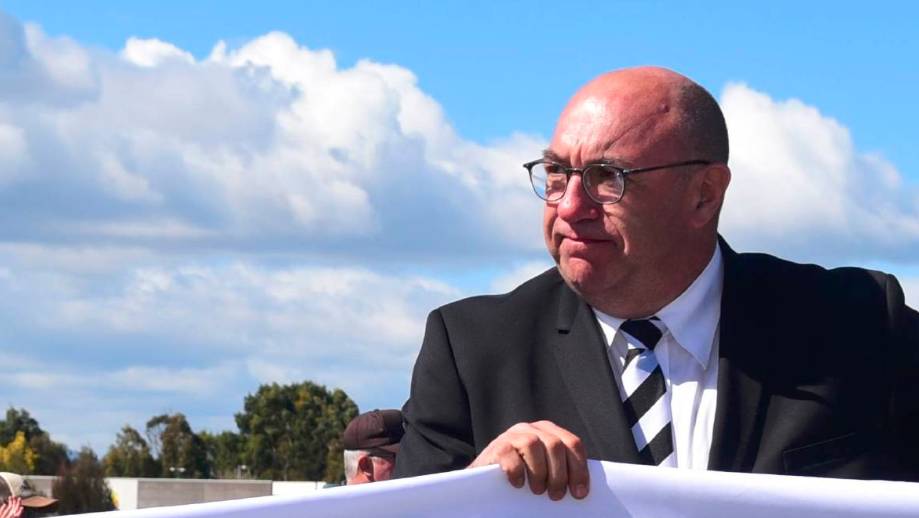 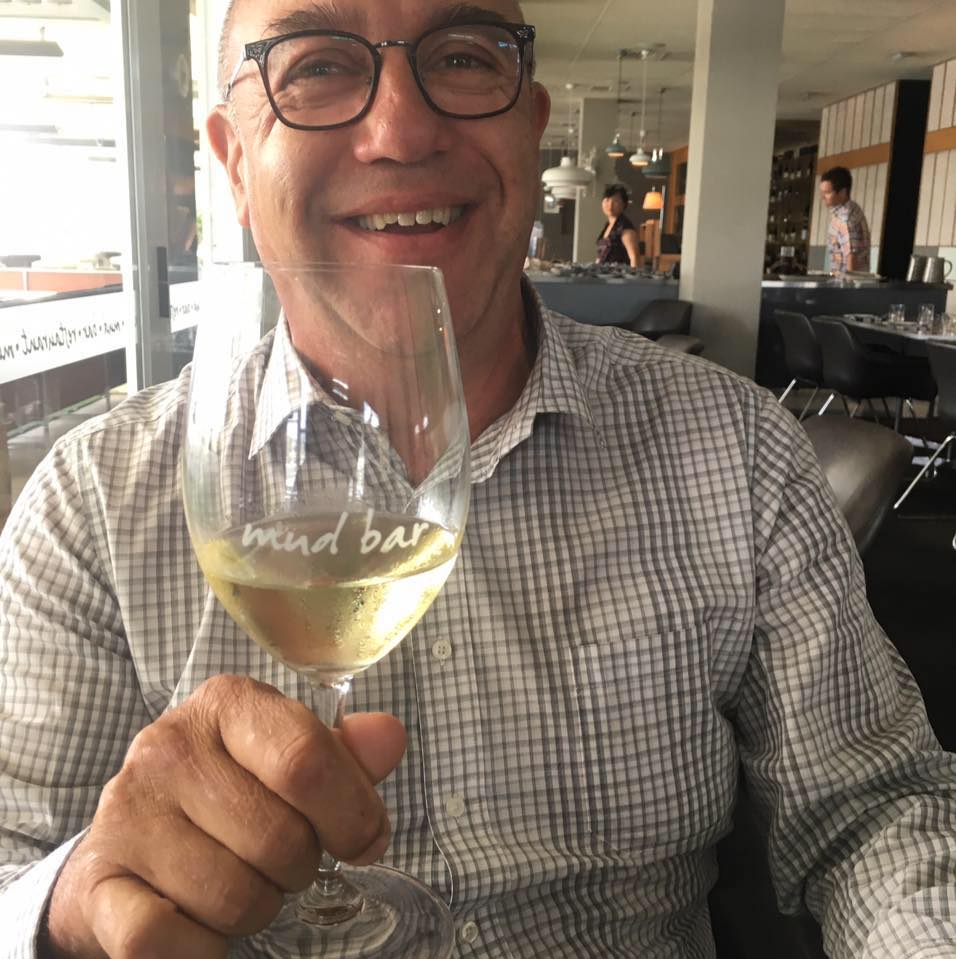 Funeral location: The Church of the Apostles in Margaret Street, Launceston

“Paul was the Inspector in Charge during the rescue operation at the Beaconsfield mine collapse on the 25th April 2006 where one person died and two others, Todd Russell and Brandt Webb were rescued a fortnight later. Paul received a Police Commendation for his efforts in that disaster.” – FB user

“This event (Beaconsfield mine rescue) was a defining moment in his career. His ability to adapt his leadership approach from briefing EM committees to the media conferences (where he virtually led the way for TasPol, to the sensitivities of dealing with volunteers eg. within SES was without a doubt, extraordinary. It was recognised from afar eg WAPOL who flew us over to learn from the experience. I remember the way Beau stood out the back with Bill Shorten and how he carried himself in those moments. Sharp wit mixed with tailored delivery.” – FB user

“I’ll never forget the cheeky look on his face every time I walked into the PFCP at beaccy and he’d kick you and your slow typing off the computer. Every single time. I can’t believe I’ll never see that cheeky smile again.” – FB user

“I was only a young boy growing up in the town of Savage River and PR was our local police officer, a fresh-faced young Constable. Sorry, I can’t recall the years, I was born in 77 and we left in 90. He left before we did, I believe they closed the station a few years before we left.” – FB user

“Paul ‘Beau’ Reynolds was serving at Tullah in the late 80s when I was about 14/15 years old. I was playing basketball for the Tullah men’s side as teenagers and Paul was a part of that… he taught us hardness and respect… treating us as adults… absolute champion bloke who had our respect both as a person and a police officer. RIP Beau… absolute legend!!” – FB user

“A truly wonderful gentleman whom we had only met in the last few years through football but he made such a positive impact in our son’s life and ours he certainly will be missed. RIP Paul. Our thoughts go out to his family, friends and work colleagues” – FB user

“I first came across Beau having him as our basketball coach, then as a referee when I joined the Coppers. A true gentleman who treated everyone with respect. His jokes and laughter were infectious… Always made people smile.” – FB user

“So many funny and fond memories of my friend Beau from our St Brendan’s Shaw days then later in life when I happened to be at the police academy for a visit. What a great funny man who should have been beside the great comedians in Hollywood. Forever his pranks and humour will live on. The world is now less without you in it old mate” – FB user

We are mourning the death of Paul “Beau” Reynolds who passed away suddenly on Thursday, 13th September 2018.

Senior Sergeant Reynolds served with Tasmania Police for 38 years, including time as an inspector in Launceston. He was born in Devonport and attended Charles Sturt University.

He was most recently in charge of prosecution services in the North-West.

Commissioner Darren Hine said welfare support was being provided to his family and the wider police community.

Senior Sergeant Reynolds was elected president of the Northern Tasmania Football Association last year after serving as coach for the Longford Tigers and working with the St Patrick’s College senior team.

He was chairman of the Tasmanian Football Council.

AFL Tasmania chief executive Trisha Squires said the Tasmanian State League would observe a moment of silence this weekend and players in all three grand finals would wear black armbands in his memory.

He will forever be remembered for his dedication to serving the community and as a true leader within the state’s police and football community.

As the church bells rang on Wednesday, hundreds of police officers stood side by side, in solidarity, as they farewelled their colleague and their mate.

Long-time friend and celebrant of the funeral Father Richard Ross said Senior Sergeant Reynolds was remembered as a man “who had time for everyone”.

“He always made the person he was speaking to feel so special,” he said.

“He was full of love, warmth, and generosity, and was just such a terrific and well-respected guy.

“He was a wonderful father and husband, and a very fine police officer. He was a really effective coach and administrator, particularly in the football community, and the sense of loss [during the funeral] was massive.”

Father Ross also shared a message for Senior Sergeant Reynolds’ colleagues, and that was “thank you”.

“Just for what they do, they see the worst of humanity and they deal with that on a daily basis,” he said.

“The cumulative effect of trauma has been well documented and I think ultimately Paul was a victim of that.

“I encourage police to take care of themselves and know it is OK to ask for help.”

Speaking at the service, Commissioner Darren Hine shared some of the many highlights from Senior Sergeant Reynolds’ 38-year career.

He was one of the first officers on the scene at Port Arthur after the 1996 massacre and received a commendation for his work following the tragedy.

He was also commended by the Commissioner for his performance as the officer in charge of managing police activities during the rescue of miners Todd Russell and Brant Webb and the recovery of the body of Larry Knight at Beaconsfield in 2006.

The dedicated officer also spent time working in the Coroner’s office and attended countless fatal crashes throughout his career.

“Beau was posted all over the state during his 38-year career,” Commissioner Hine said.

“Beau successfully completed many courses throughout his career and he put those skills to good use wherever he served.

“His loss will be deeply felt across Tasmania Police, and our thoughts are prayers are with [his family] at this difficult time.”

Officers from across the state formed a guard of honour after the funeral service for the much-loved son, husband, father, brother and uncle.

Beyond his work in the force, he was highly regarded among the local football community.

Last year he was elected president of the Northern Tasmania Football Association and had served as coach for the Longford Tigers, worked with the St Patrick’s College senior team, and was chairman of the Tasmanian Football Council.

The funeral service is expected to cause some delays and police are asking drivers to be patient.

He served with Tasmania Police for 38 years, including time as an inspector in Launceston.

His funeral will be held at 11am today at The Church of the Apostles in Margaret Street.

Beau served as a member of the Tasmania Police Service for 38 years and his loss will be felt deeply across our agency.

The Commissioner, Members and Employees of Tasmania Police are saddened by the sudden death of their colleague and offer their deepest sympathy to his family.

He was a friend, colleague and member of the Police Association of Tasmania.

We will remember him.