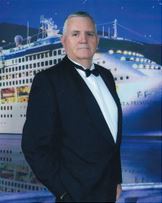 Awards:  No Find on Australian Honours although did receive:

A copy of the Funeral video is available upon request

Peter John Williams
Peter John Williams passed away 22nd July 2020 in the arms of his loving wife Ann Maree (nee Battersby)
Father to Angela and Warren. Pop to Jesse and Christian.
Son in law to Betty.
Brother, brother in law to Steve and Maurene, Jim and Natalie Williams, Tim Battersby, John and Karen Day.
Friend of the Dinosaurs.
Special thanks to Doctor John Chandler for his care and kindness to Peter and Ann Maree.

Previous employment, prior to NSWPF was as a Blacksmith, Prisoner Officer, Bus conductor.