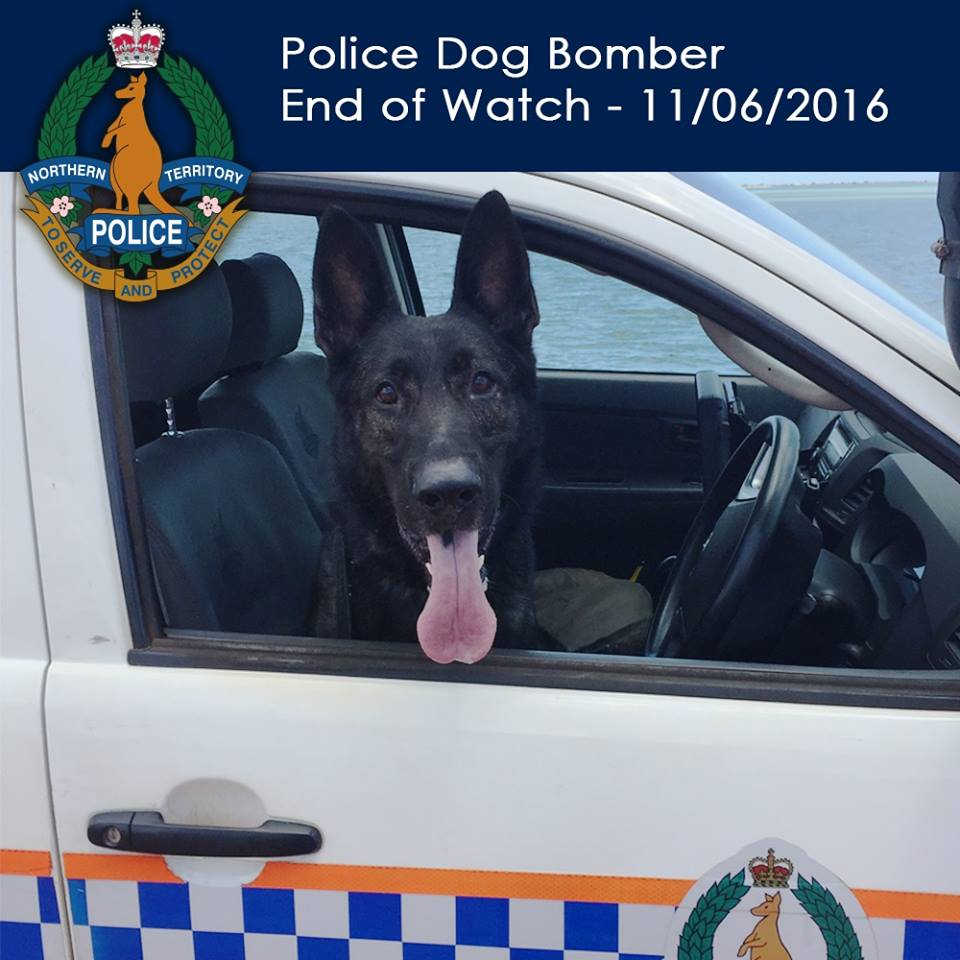 Senior Sergeant Garry (uncle Gaz) Smith:
End of Watch: Police Dog Bomber 27/04/2010 – 11/06/2016
PD Bomber took his oath ‘To Detect and Protect’ in April 2014. The ‘Law with Paws’ commenced duties in Katherine and the Northern Command before moving to Darwin with his handler last September.
It soon became apparent that properly trained, the Police handler and Police Dog Bomber could be best friends.
The Dog Operation Unit provided the following brief eulogy:
“Bomber was a once in a life time dog with a quirky personality. He was loyal, protective and intense in every aspect of his life. Over his career he was involved in the apprehension of numerous offenders across the northern command and Darwin before succumbing to an illness and unexpectedly passing away over the weekend. He will be forever missed and will leave a hole in the heart of those who knew and worked with him.”
On behalf of all within the Tri-Service, R.I.P. Bomber.