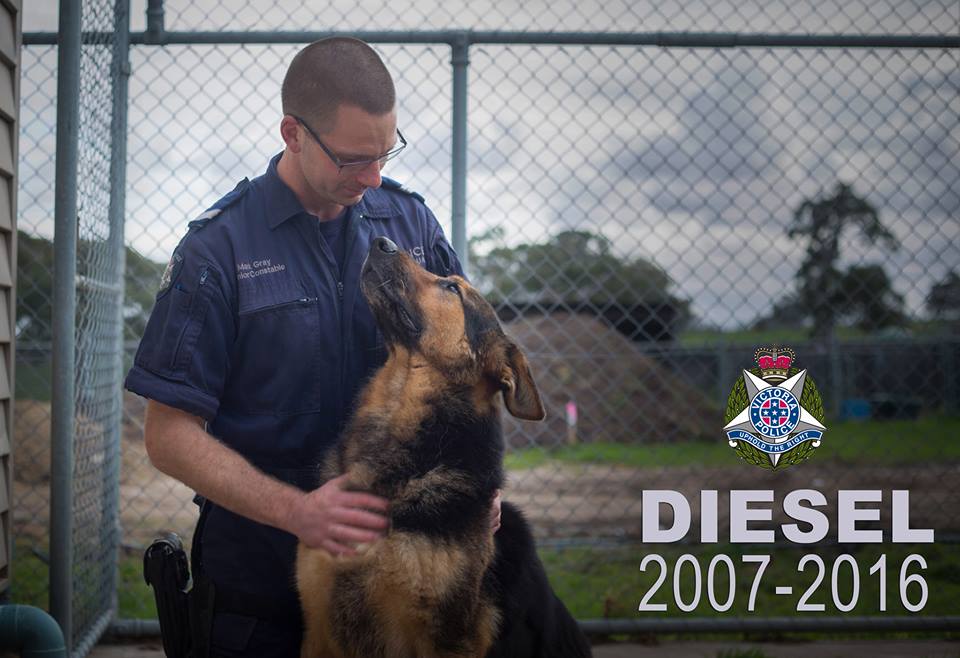 Police dog Diesel passed away on Sunday evening as a result of ongoing medical issues.

Leading Senior Constable Mark Gray and Diesel worked together from 2009 to 2016. During this time they provided an excellent service to Victoria Police and the community with over 120 arrests.

Diesel came from a strong bloodline of police dogs with his father and three half-brothers also serving Victoria Police.

He was brave, fearless and fiercely loyal.

Diesel will be sorely missed.