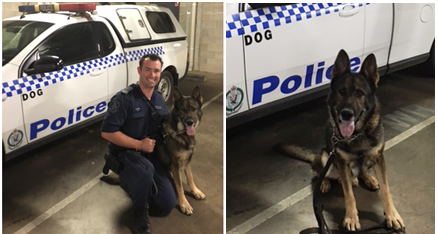 Fin, almost 7, worked as a General Purpose Dog from June 2011 with his handler S/C Curtin before passing away in his sleep Tuesday morning. They were a formidable team working tirelessly to keep the community safe.

Rest in Peace FIN, you will be sorely missed and fondly remembered by S/C Curtin and his family and all of us at the Dog Unit.