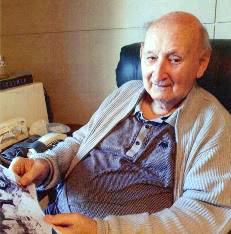 Cause:  Heart attack – walking to breakfast

( Due to current Govt. restrictions of 20 – 30 persons at a Funeral due to the Cornona19 Virus Pandemic – this will be a Private Funeral )

Buried at: Cremated.  Ashes to be scattered 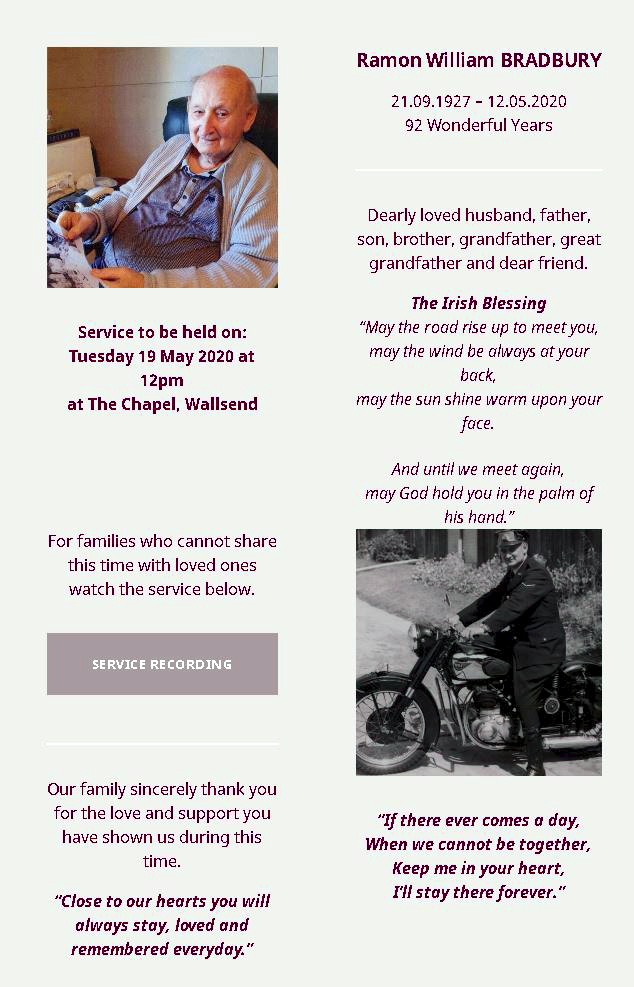 Eldest son of Lacey and Helen (both dec’d).
Brother to Bob, Ken, Ron, Lorraine, Neville, and John (all dec’d), and Shirley.
Father to Neville, Brian (dec’d), Ross, Owen, and Bruce.
Grandfather of Mark, Chris, Keryn, Imgen, and Scott and

Due to current restrictions Ramon’s Funeral will take place privately.

For those who wish Ramon’s service will be streamed live at 12 noon on Tuesday 19th May, 2020.

The District Inspectors of Schools. Messrs. J. W. Mann and A. H. Dyce, released to-day the following allotments to the undermentioned schools for candidates in the High School Entrance and Bursary Examination held on November 1. Announcements regarding Hamilton and Wickham Domestic Science Schools and Central Junior Technical School (Broadmeadow) will be made later. The names of pupils who gained bursaries will be released by the head office of the Education Department, Sydney.

NEWCASTLE COURT BEFORE MR. R. A. HARDWICKE, S.M. REMANDED.– Sidney Keith Perry, 80, taxi-driver, was remanded to May 22 on charges of having driven negligently in King-street, Newcastle, and having used Insulting words to Constable Ramon William Bradbury on December 17.