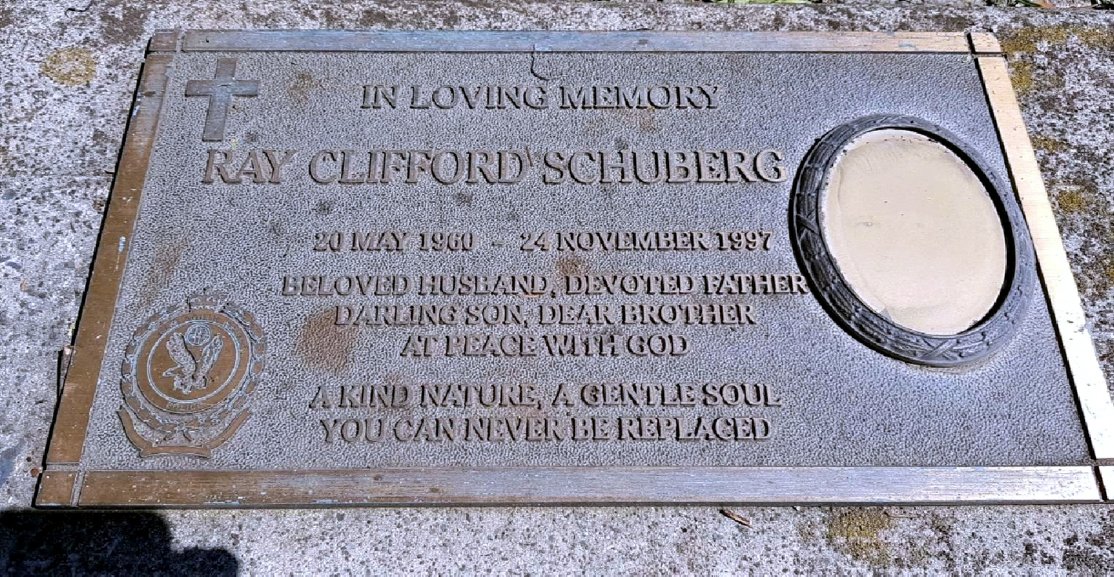 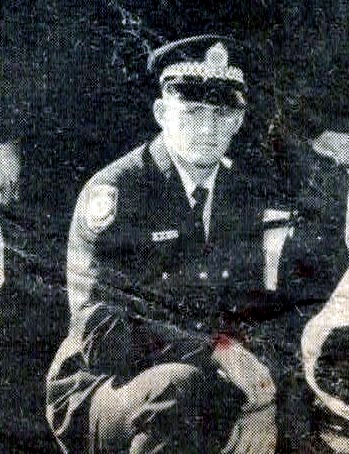 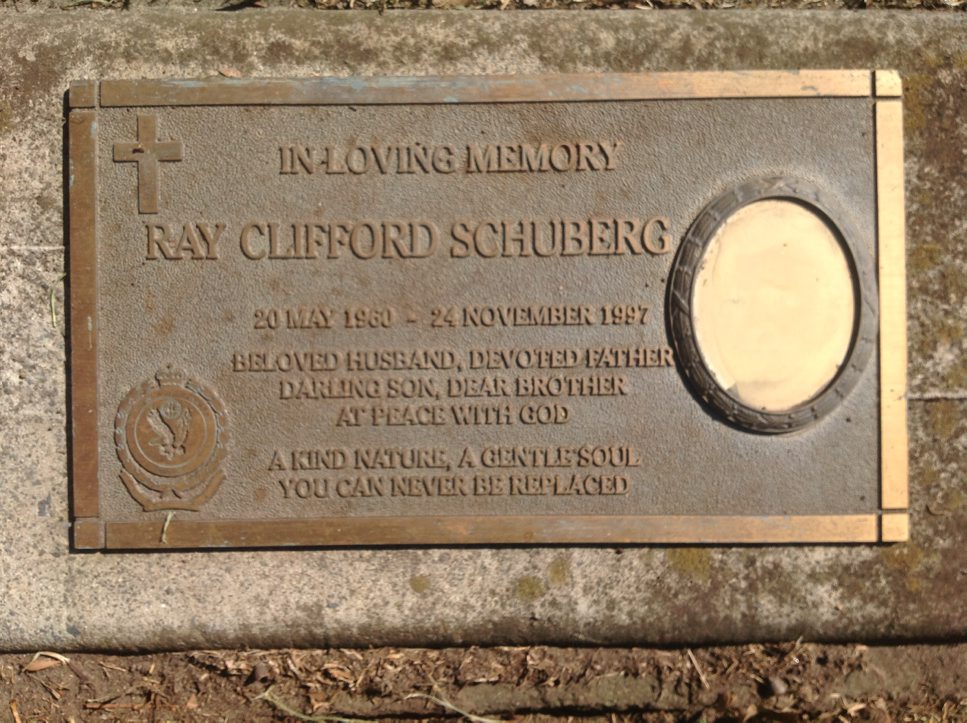 Senior Constable Ray Schuberg died about 5.30pm on the 24 November 1997 when life support was turned off at Wollongong Hospital after being bashed by Christopher O’Rourke who is a football coach for Figtree, during the early hours of Sunday morning, 23 November, 1997, in Crown St, Wollongong.

Ray was Off Duty at the time of the event and struck his head on the footpath after being punched by O’Rourke.

WOLLONGONG and Lake Illawarra police officers battled it out during a sports day to honour fallen comrades and raise funds.

Senior Constable Schuberg died in 1997, and a memorial trophy was made in his honour for touch football between the emergency services, but hasn’t been played since 2002.

Both teams had a few other ring-ins and the game was played hard, like police football used to be played.

The Wollongong Falcons did well to hold out a strong Lake team and win the game by only two points. The Sergeant Nick Skomarow Man of the Match award went to Fletcher Wyver.

On 22 October the Wollongong and Lake Illawarra Branches of PANSW conducted a sports day. The day was fitting memorial day for C/Insp Graeme Donnelly, Sergeant Nick Skomarow as well as the late S/Cst Ray Schuberg. The captains of the teams were Phil Bunker for Wollongong and Paul Winston for Lake Illawarra. Both members did a great job in putting the teams together and playing their part in organising the event.

There were close to 800 spectators on the day when the main game started with approximately $6000 dollars raised. Most of this money went to Police Legacy and moved into the Police Bush Fire Appeal. An amount was donated to the local PCYC club as well. There were some great local sponsors of the day including H.Parsons Funeral Directors, Collegians Rugby League Club, PANSW Panel Solicitor Chris Nikolovski Lawyers, Cleary Bros, West Wollongong Rotary and other local companies.

The next part of the day was the S/Cst Ray Schuberg Memorial Touch Footy Game. Ray worked at Wollongong. He was a great street Police Officer and a good bloke who loved his touch footy. Ray tragically died in 1997 and a memorial trophy was made in his honour for touch footy between the emergency services but hasn’t been played since 2002. This was a great time to use the trophy again and remember a good copper that Ray was.
Again this was a hard fought game with a speedy Brain Rice and Pete Roncato the standouts for the winning Wollongong Team. Daryl Smith formed Lake and now PTC and Cate Johnston from the PCYC were the standouts for the Lake Team.

The game was won by Wollongong with all members again looking pretty exhausted. The captain of the winning team Darrell Buckman, who wasn’t working at Wollongong when Ray died but was informed of the tragic circumstances of his death, stated it was a great honour to play in the touch footy game and to honour and remember Ray.

The main game of rugby league was one tough game with some massive hits ups which got the emotions of both teams boiling over at times. It was played like rugby league of old, nothing fancy. The Wollongong Team’s guest player was former Australian centre Paul McGregor who has still got it. The Lake Illawarra Team had former Australian half back John Simmon who still has the ball skills. The coaches were Commissioned Officer Delegate Brian Wyver who was the patron on the day and Life Member of the Wollongong Falcons Police Rugby League Club. Wollongong also had Former Sgt Barry Doherty as manager and Joe Davidson as head masseur who is the father of two NSW Police Officers, Jackie and Matt. Lake coach was Det/Sgt Steve Worthington who was a tough second rower in first grade for the Illawarra Steelers in his youth.

Both teams had a few “ring ins” along the way, which made the game even more interesting. The score went back and forth over the three quarters of 20 minutes each with Paul and John weaving their magic for both teams. Due to the high intensity and the average age of both teams there were a lot of bench changes. In the end the Wollongong Falcons won by two points which showed how close the game was.

The Sgt Nick Skomarow Man of the Match award went to Fletcher Wyver. Captain Phil Bunker took possession of the Graeme Donnelly Memorial Cup and thanked all the players for their efforts and for the big turnout by the spectators.

The second annual Graeme Donnelly Cup will be held on Sunday the 10th of August 2014 and will no doubt be bigger and better than last year.