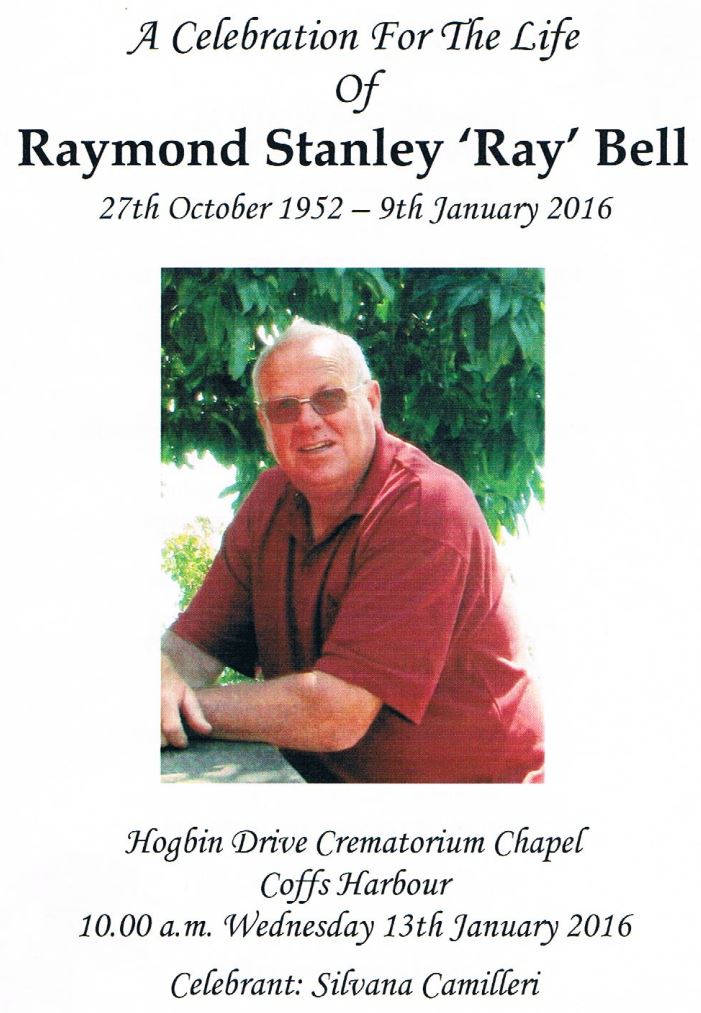 uncle of his nieces & nephews.

Relatives and friends are invited to attend Ray’s Funeral Service to be held in the Chapel of Hogbin Drive Crematorium & Memorial Gardens, Stadium Drive, Coffs Harbour TODAY, Wednesday 13th January 2016 commencing at 10.00 am.

All retired and serving Police Personnel are kindly invited to attend.

Friends are invited to join the family in the Garden Lounge for light refreshments following the Service.