AKA  The Claw, Rickets, Kerbside Motors,

* seems a bit back to front for some, unknown, reason

* According to the Commonwealth of Aust. Gazette, 11 Nov 1980, NSWPF – Sgt 3rd Class Raymond Thomas RICKWOOD was granted the National Medal on 11 November 1980 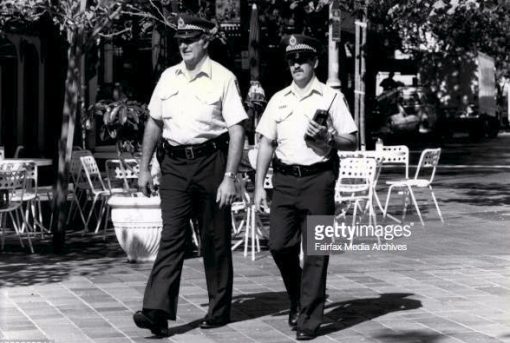 The Claw has been described as a loveable bloke, who looked after his troops and had a great sense of humour.
He also lost his wife in recent years.

I am Ray’s daughter in-law Marian Rickwood. His Son’s Steve & Dave thank the Police for their acknowledgement of Ray’s passing. Unfortunately we can’t help with any of his service details but if you could please amend the date of death which was Thursday, 09/05/19. Also Ray did not have a son killed in a motor accident. Both his son’s are alive and well.

Ray was truly one of the most kind hearted and generous persons I have ever known who touched so many people in their lives and the hearts with his generosity. A truly great man, gentle giant and loving husband, father, grandfather and great grandfather who will be missed enormously.

Many Thanks in advance.

Ray was the kindest most non judgemental person I knew for almost 60 years. Always championing the cause of the underdog it sadly meant that sometimes he was hurt by those he helped but really he was everyone’s friend.
He just loved people & couldn’t even stand in a supermarket queue (e.g.) without striking up a conversation.
Thank you for your generosity to our family & we all miss your humour & kindness.
The world has lost a champion bloke.
RIP Ray.

I worked with Ray at Frenchs Forest HWP and what a gentleman he was. RIP
Ray.

Farewell Ray, a fantastic friend, entertaining neighbor, all round great guy.
Condolences to your other friends and family.
Rest in Peace mate…. Hasten the dawn….

I worked with Ray at Frenchs Forest Highway Patrol for a number of years. A top bloke with whom I kept in contact with after I was transferred to Lismore in 1994. When he realised he was sick, myself and another mate, Phil Wickham, visited him at his home in Port Macquarie. He looked well then although he knew he was critically ill. We had lunch together and a beer or two. According to his son, Steve, he went downhill rapidly in the next week and passed away at home surrounded by family. Farewell mate, always remembered.