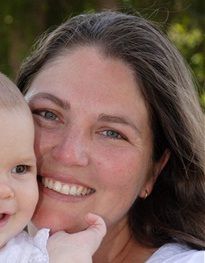 Event Date: Diagnosed with a rare and aggressive form of cancer since late 2010

This is a song I ( Tom Longford ) started writing for Renee when she was first diagnosed with Angiosarcoma.

After completing the first verse, I had optimistically hoped that each subsequent verse would be brighter than the last, and that the song would eventually include a happy ending.

Unfortunately, I was never given the opportunity to add anything positive for the rest of Renee’s battle.

I finished the song after we lost Renee and shared it with our Parents and our Brother.

I hope to one day record it properly with my band – but at this stage, if you’re interested in listening, you’ll just be hearing a version recorded via web-mic on my laptop. 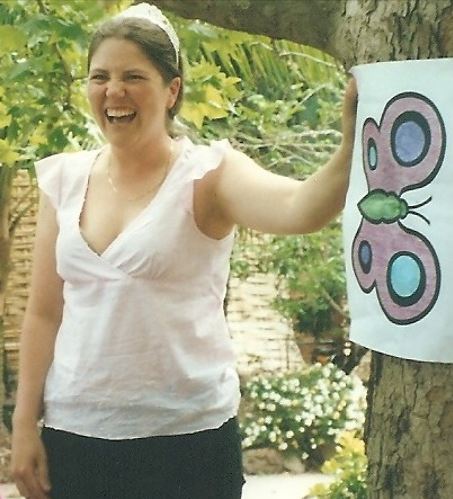 Sergeant Longford, of Picton, died on January 24 after battling a rare and aggressive form of cancer since late 2010.

She served as a police officer for 14 years and worked at Liverpool and Cabramatta before she began working at Bowral in 2008.

Superintendent Worboys said Sergeant Longford would be remembered as an excellent communicator who was positive about her duties, with no task ever too big or small.

“Sergeant Longford was the sort of officer that police commanders just want to have around,” he said.

“Renee was just as good at chasing and catching criminals as she was comforting victims of crime.

“She will be sadly missed and our thoughts are with her family.”

LONGFORD, Renee Anne
28.10.1977 – 24.1.2012
Beloved wife of Peter,
loving Mum of Dean, Jake and Emma.
Very much loved daughter of Dell and John,
loved sister of David & Nat, and Tim & Alison.
Will be sadly missed by all her family and friends.
Aged 34 years
Forever in our hearts
RENEE’s relatives and friends are warmly invited to attend her Funeral Service to be held in St John’s Anglican Church, Menangle Road, Camden on Friday, 10th February 2012, commencing at 12.30pm.
Following the service the cortege will proceed to Forest Lawn Crematorium.
In lieu of flowers, donations to cancer research would be appreciated, a donation box will be available at the church.
Macarthur Lady Funerals Family
Owned & Operated Narellan/Camden 4647 9294
Campbelltown 4648 4388
NSW FDA

FAMILY, friends and colleagues of Sergeant Renee Longford said farewell to their friend and comrade at an official police funeral on Friday.

Sgt Longford died on January 24 after battling a rare and aggressive form of cancer since late 2010.

She served as a police officer for 14 years and worked at Liverpool and Cabramatta before she began working at Bowral in 2008.

Sgt Longford and husband Peter Cotton, a police officer based at Picton, have three children, Dean, Jake and two-year-old Emma.

Sgt Cotton said his wife was also step mother to two of his children from a previous relationship.

About 500 people attended the service at St John’s Anglican Church in Camden, among those Sgt Longford’s colleagues, some wearing plain clothes and others in uniform.

Sgt Cotton said the rain stopped when his wife was brought to the family home before the funeral and the wet weather held off until after the service.

A police guard of honour saluted Sgt Longford as she was taken into the church and Sgt Cotton said it was only when leaving that he realised how many people had come to pay their respects to his wife.

“They lined the road way and it surprised me on the way out because I knew how many people we had left behind (in the church).

“I’ve done a lot of police funerals in my time and it was one of the biggest I had been to let alone been involved with.”

Sgt Cotton said a second service was then held at Forest Lawn Memorial Park in Leppington, where the police guard of honour continued the display respect.

He said Goulburn LAC commander Superintendent Gary Worboys and family friends Ben and Tim Mallott were among those who spoke about Sgt Longford at the service.

Supt Worboys said Sgt Longford’s funeral was a fitting tribute to her dedication to her job as a police officer.

He said Sgt Longford would be remembered as an excellent communicator that was positive about her duties, with no task ever too big or small.

“Sgt Longford was the sort of officer that police commanders just want to have around,” he said.

“Renee was just as good at chasing and catching criminals as she was comforting victims of crime.

“She will be sadly missed and our thoughts are with her family.”

Sgt Cotton said the service was the best the family could have hoped for.

“It was quite humbling and quite fitting.

“I’m very proud that she’d touched the hearts of so many people.”

The Bowral police sergeant, who has been off work since September last year, dropped in on some of her colleagues last week to thank them and the community for all the money raised to help her family.

A fundraising dinner at Mittagong RSL last November along with a host of smaller events and donations raised $47,255.

The family lives in Picton and a fundraising bowls day, where everyone was asked to don Ms Longford’s favourite colour yellow, was another success last December.

Ms Longford’s partner Peter Cotton, also a police officer , has retuned to work at Camden. The couple have five children between them.

The couple has three children, including a one-year-old, and Mr Cotton has two children from a previous relationship.

The 33-year-old has been an officer for 13 years and served at Liverpool and Cabramatta before moving to Bowral as a sergeant in October, 2008.

“Thanks to the business community for their donations and all my colleagues who have been fantastic,” she said.

“Thanks to Graeme Day for hosting the night and Tony Fountain for running the auction.”

Ms Longford has undergone six rounds of chemotherapy and she said the cancer around her hips and spine has stopped growing.

She said she was considering using an experimental kidney transplant drug that could help.

While she would never walk the beat again she was focused on getting back to work.

Bowral colleague Jill Linford said the station had been overwhelmed by the support the community had shown.

Sergeant Darren Farr, one of the longest serving officers at Bowral, said he didn’t realise how much support was out in the community for the police.

A BANK account has been opened with the BDCU to help Renee Longford and her family: 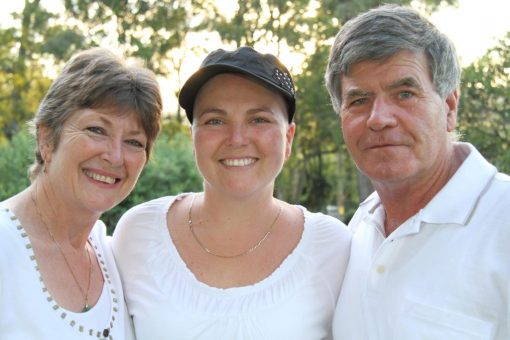 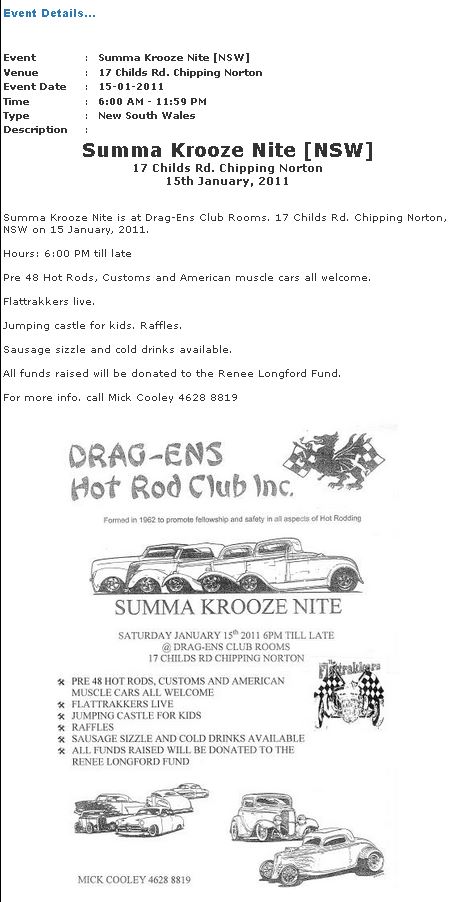 The Club hosted a Cruise Night on Saturday 15 January 2011 with proceeds going to Renee Longford, the daughter of one of our life members, John Longford.

​Renee was recently diagnosed with an aggressive type of bone cancer. The Club members decided to help by organising a cruise night at our clubrooms with all proceeds going to Renee.

​The night started about 6.00pm and it wasn’t long before the car park was filled with Hot Rods, Customs and American Muscle Cars. There were many more vehicles parked in the street. All in all there were in excess of 100 cars.

​The Flattrakkers provided the music for the evening and the kids were entertained with a giant jumping castle. The members were kept busy cooking the BBQ for the crowd of over 500 people. A monster raffle was held during the night with prizes donated by various members and other supporters of the evening.

​It was a great night which was enjoyed by all and we thank everyone for their support. We were able to hand Renee an amount of $3000.00 which will assist her and her family during this difficult time.

​A special thanks must go to Mick and Pam Cooley who co-ordinated the night as well as all the members who donated items for the raffle.

​Here are a few photos taken during the night. 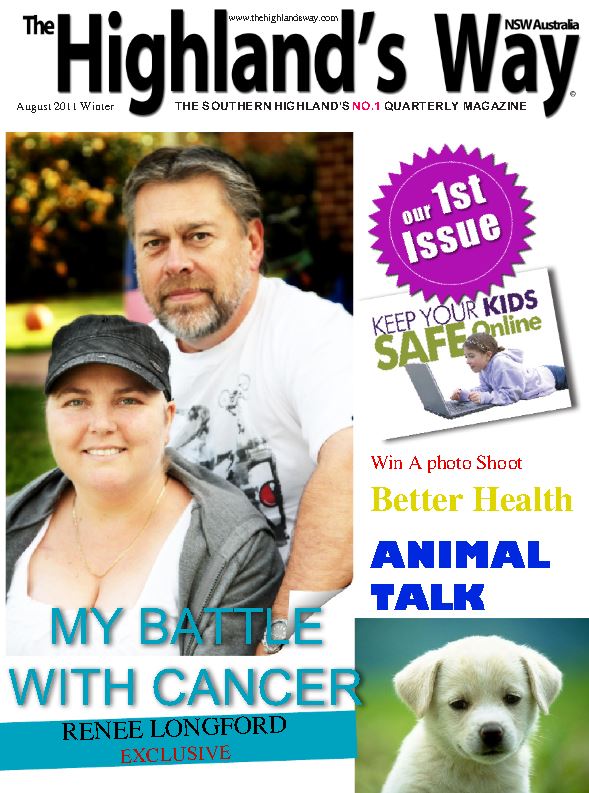 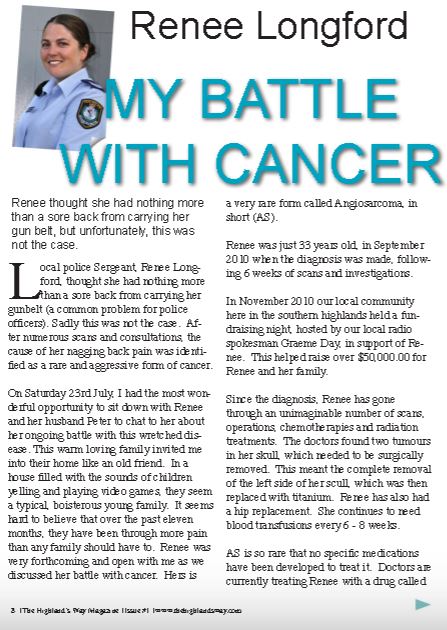 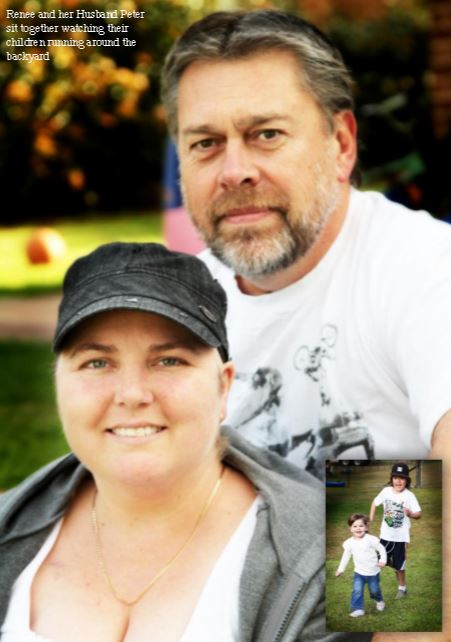 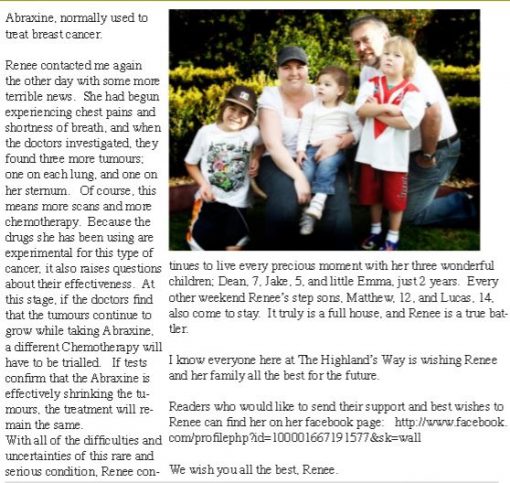 RIP OFFICER. HEAVEN WILL BE A SAFER PLACE WITH YOU THERE