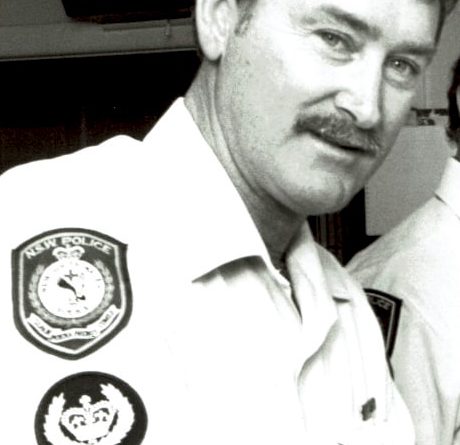 Cause:  Bob had suffered from multiple myeloma for some time but his death was caused by a “rogue cell” from a previous bout of prostate cancer (2012) which had gone undetected, and spread quickly to his kidneys.

Event location:  Bob died at his home at Port Macquarie.

Funeral location:   A private family celebration at Innes Gardens Memorial Crematorium.  At Bobs request – there will be no further Service.

Buried at: Ashes scattered in the ocean at Shelley Beach

Dedication date of Memorial / Plaque / Monument: Nil – at this time

With regret I can let all his mates know, that Bob Allgood slipped away on Saturday night (28/11) at home, surrounded by family after a long battle with the rotten cancer.

His wife, Wendy just rang to let me know. There has been a private family celebration of Bobs’ life, and at his request there will be no other service.

Bob is remembered, by some, for his VW Beetle ( that he owned ) with DOG number plates.

Paul Winfield
Sad news to hear of Swoopey’s passing. Worked with Bob from 73 -76 at NTH Syd. A few trips to Bathurst was always a great week away.
Did a wide load with Bob out in NSW, he went outside from the motel and came back with a rock. “ What’s the rock for Swoopey?” He told me he always took a rock from wherever he went and took it home for his wife. Little things that we do. RIP Bob, thanks for your service and training you gave me.
Garry Stillaway
RIP Bobby. It was a pleasure to have you as my boss at 16 Division. Remember the nights you would come & find Chris Berry & myself with our tea set up on the bonnet whilst performing radar duty on Mona Vale Road. You always found us Swoopey. Gone but not forgotten. Say hello to grumpy. Two of the best bosses you could ever hope to have. Thank you for your service.

Mal Unicomb
RIP Bobby. Worked with him at the Daceyville section in the 70’s. Remember his number plate was DOG ??? And he often came out to find a picture of a dog stuck over his number plate. A great Sergeant to work under.
Mark Jones
Back in my early days Constables no class, usually only drove an unmarked car when in company with a senior man.
I went down to 29 Div thinking just that. 2 marked cars and 2 unmarked..1 was radar car, the other a patrol car.
Bob Allgood was the Sgt..I started working 5am to 1p shifts..to catch the speeders in the early mornings.
Going up Pittwater road heading for work…Warriewood straight was the place to nail em if not before..within 2 weeks Allgood promoted me to unmarked car status..his thinking if I could nail that many in a marked car. I would be deadly in an unmarked one.
Please follow and like us: