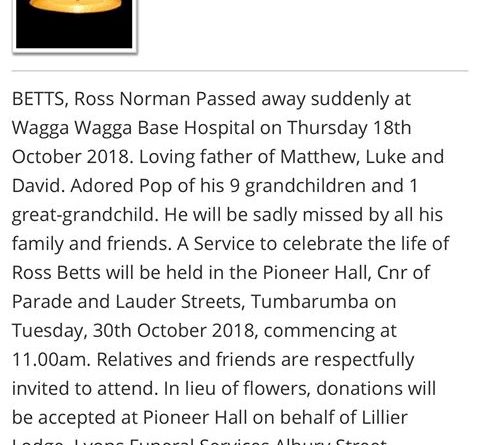 Buried at:  Cremated at Wagga Wagga 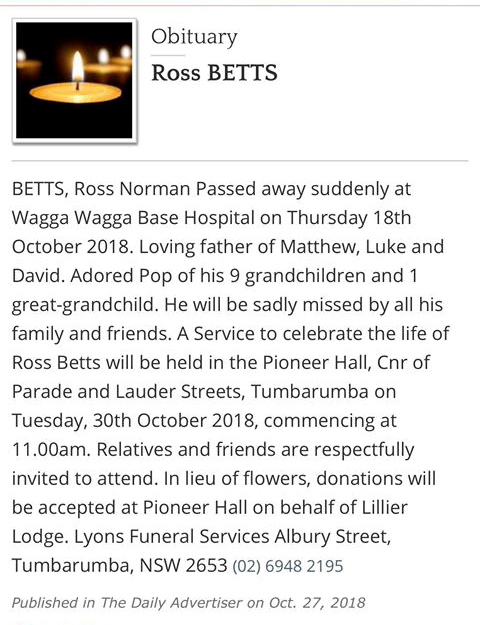 Nothing further is known about this man, his life or career at the time of publication.