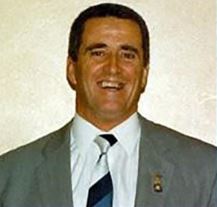 Funeral location:  ?  ( Due to current Govt. restrictions of 20 – 30 persons at a Funeral due to the Cornona19 Virus Pandemic – this will be a Private Funeral )

SYDNEY: NSW’s third most senior policeman has been suspended amid allegations of a cover-up of drug theft by police.

The Minister for Police, Terry Griffiths, announced yesterday that Assistant Commissioner Col Cole had been suspended after allegations that four constables at Frenchs Forrest, on Sydney’s north shore, had stolen small quantities of cannabis from drug exhibits for their own use.

Three of the four constables, a sergeant and an inspector, had also been suspended on full pay and would face disciplinary charges including misconduct, disobedience and neglect of duties.

Similar action against a fourth constable was being considered.

“It will not be swept under the rug, be assured of that,” Mr Griffiths said.

Mr Cole, the commander of the branch of professional responsibility and effective head of police internal affairs, is one of nine Assistant Commissioners in NSW, the third rank after Deputy Commissioner Lance Stirton and Commissioner Tony Lauer.

Mr Griffiths, who last week described the failure by Mr Cole and other senior officers to properly inform Mr Lauer, himself and the Independent Commission Against Corruption of the incident as a “cover-up”, was speaking after a meeting of the Police Board in Sydney.

He said the evidence was uncovered during a State Crimes Commission inquiry into the shooting of Constable Andrew Bourke by an unknown assailant at Frenchs Forest police station last year.

“The board has decided to suspend the assistant commissioner / commander professional responsibility from his post until he is able to respond to [ the board’s ] concerns,” he said.

Assistant Commissioner Russell Cook, the incumbent commander of the north region, had been appointed acting commander of professional responsibility.

Mr Griffiths said the board had directed Mr Lauer to make further inquiries in relation to the Crime Commission findings on other senior officers.

“Given the sensitive nature of these allegations and the need to ensure natural justice is granted to the officers concerned, I’ll be making no further comment on this matter to day.”

The ICAC heard yesterday that Mr Cole’s to meet two men with criminal links over lunch was “most imprudent”.

Counsel Assisting the ICAC, Peter Neil, said it was a serious error of judgement by Mr Cole to agree to meet Domican. He emphasised, however, there was no suggestion that Mr Cole acted corruptly in any way.

Daly ‘not just corrupt but corrupting, too’

SYDNEY: A senior NSW police detective had influenced young officers under his command to behave corruptly, the Independent Commission Against Corruption heard yesterday.

A police prosecutor, who can only be identified as Sergeant A from the North Region, said he believed a then Detective Senior Sergeant, Ron Daly, had influenced his subordinates to produce false evidence, but acknowledged he had no evidence to support his belief.

Sergeant A told the ICAC he had had fears for his safety and for that of his family after he had submitted a report claiming three officers had fabricated the confession of a man arrested for an alleged break and enter offence in 1991.

He said his fears had been of Mr Daly.

Earlier this week Mr Daly repeatedly denied he had been a corrupt officer, or that it had been his voice on a taped telephone conversation in which two men, one of them the notorious criminal Arthur “Neddy” Smith, discussed bribing police to have an investigation dropped.

Sergeant A has previously claimed he was harassed and sent to a training unit as punishment after he submitted the report in February last year to his senior officer, Chief Inspector Colin Wedderburn.

He said he feared that his chief inspector and his assistant commissioner, Russ Cook, had conspired to pervert the course of justice by burying the report.

He said yesterday he now believed his concerns regarding Mr Cook were wrong, but he still had reservations about Inspector Wedderburn.

Inspector Wedderburn has denied “burying” the evidence documents said to have been attached to the sergeant’s report.

Sergeant A said Inspector Wedderburn had told him, “I’ll have to think about tactics. These kids [junior officers] have been stood over by Daly.”

He said Inspector Wedderburn had told him during a later discussion, “You’ll never get him [Daly]… you’ll only get the young kids.”

Asked yesterday if he believed Mr Daly had been corrupt, Sergeant A said, “I thought he was leading the kids [junior officers] down the wrong path, and if that’s corruption, yes.”

Commissioner Ian Temby, QC, then asked, “He wasn’t just a corrupt officer, he was a corrupting officer?”

A colleague of Sergeant A‘s has told the ICAC that evidence briefs supplied by officers under Mr Daly’s command had regularly been “too good to believe”.

From SIMON KAYE, in Cowra

A 67-year-old man who allegedly murdered his first wife more than 23 years ago appeared in Cowra Petty Sessions yesterday for the resumption of committal proceedings.

Mr Alfred Colin Chambers, retired farmer, of Kibbler Street, Cowra, is charged with having murdered Mrs lsa Muriel Chambers on or about June 1, 1960, at Holmwood, NSW.

During the proceedings, which were first heard from July 5 to 8 and were resumed on Monday, police have alleged that Mr Chambers murdered his wife and buried her on his property, ‘Glenville‘, at Holmwood.

The charge followed the discovery in July, 1981, of a human skull and arm bone in a paddock at ‘Glenville‘. After the discovery, by the property’s then owner, Mr Keith Kimmorley, police searched the immediate area and found more bones, pieces of clothing and shoes.

Detective Inspector Russell James Cook, internal-affairs branch, Sydney, told the court yesterday that he had been stationed at Cowra as a detective from July, 1959, to October, 1968.

In October, 1960, Mr Chambers had come to the station and reported his 39-year-old wife as missing.

Mr Chambers had said his wife had left him on Wednesday, June 1, after he had driven her into town. They had parked outside Cowra post office about 9.30am on June 1 and he had arranged to meet her about noon, but she had not returned to the car.

Mr Chambers had said that he had not thought his wife had had much money when she left because her bankbooks had remained at home.

Inspector Cook said he had later made inquiries at Cowra Commonwealth Bank about Mrs Chambers’ account. He had observed only one entry ( a child-endowment payment ), made after June 1, in the account. No withdrawals had been recorded after June 1, he said.

He and another officer had inspected the ‘Glenville‘ property at this stage, and while there Inspector Cook had spoken to Robert Chambers, who had then been about 15.

Mr Chambers, according to Inspector Cook, had told Robert he had taken his wife to the Holmwood railway station, and not the Cowra township, before she disappeared.

In November, 1960, at Cowra police station, Mr Chambers, when told this by Inspector Cook had said his son must have been mistaken. Mr Chambers had said that he had told his son, as he had all others, that he had taken his wife to Cowra before her disappearance.

[ Mrs Blair told the court on Monday that she had asked Mrs Chambers on the weekend before June 1 to drive her to Cowra on the afternoon of June 1 so that they could watch a film of Princess Margaret’s wedding at the theatre. How ever, Mrs Chambers had not shown up and Mrs Blair had never seen her again. ]

Inspector Cook said he had also told Mr Chambers he had checked at the airport and railway stations in the area to find whether any of their staff had seen Mrs Chambers. None of them had, he had said.

Inspector Cook said he had taken a statement from Mr Chambers in 1961 and had initiated a missing-person file in relation to Mrs Chambers. And in 1962 he had circulated a number of information forms, also pertaining to Mrs Chambers, for publication in the NSW Police Gazette.

The court was told yesterday that Mrs Chambers’ missing-person file had not been seen since 1980. An extensive search of Sydney files had been made last July, but it had not been found.

Inspector Cook said yesterday, in reply to questioning by Mr Chambers’ counsel, Mr Peter Coleman, QC. that his police notebooks pertaining to the case had been destroyed about 1965.

He said he had put the notebooks aside for safekeeping when the “normal clean-up” was made at Cowra police station, but they had been mistakenly regarded by another officer as unwanted and had been burnt.

Inspector Cook said it had been regular practice to destroy unwanted records periodically.

He also said that the occurrence pad, in which he would have noted the time and date of his interview with Mr Chambers at the police station, had mistakenly been destroyed.

He agreed with Mr Coleman that he would not therefore have seen his notebooks for at least 18 years. He had last seen his “comprehensive report” on the case, contained in the missing person file, about 1975.

He said he had compiled his notes for the present proceedings in February this year, and he agreed with Mr Coleman that he had not had any official records to which to refer.

Inspector Cook‘s evidence brought the prosecution case to a close. Mr Smith, SM, adjourned the proceedings to 10am tomorrow, when addresses will be made by Mr Coleman and the prosecutor, Sergeant John Taylor.