Memorial at:  Small car park on north side of north bound lane upon Sydney Rd, Goulburn East a few hundred metres from the Hume Hwy.

Plaque on a bolder.

The ” original memorial ” was a large gum tree in between the north and south bound lanes – opposite the car park.

The tree was lopped to ground level about 2013.

On the 19 June 2004 Constable Davis was the observer in a police vehicle when it was involved in a motor vehicle accident on the Sydney Road, just north of Goulburn. As a result of the accident the constable sustained fatal injuries. 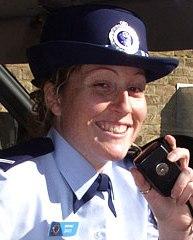 This Memorial stone is located in a small car park siding on Sydney Rd, Goulburn, northbound towards the Hume Freeway from the city. 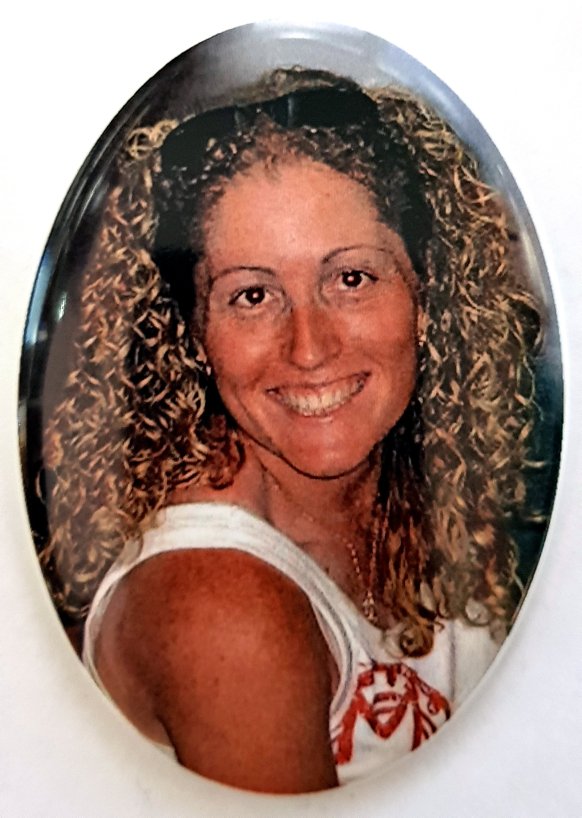 Memorial before the replacement of the photo on Tuesday 18 September 2018. 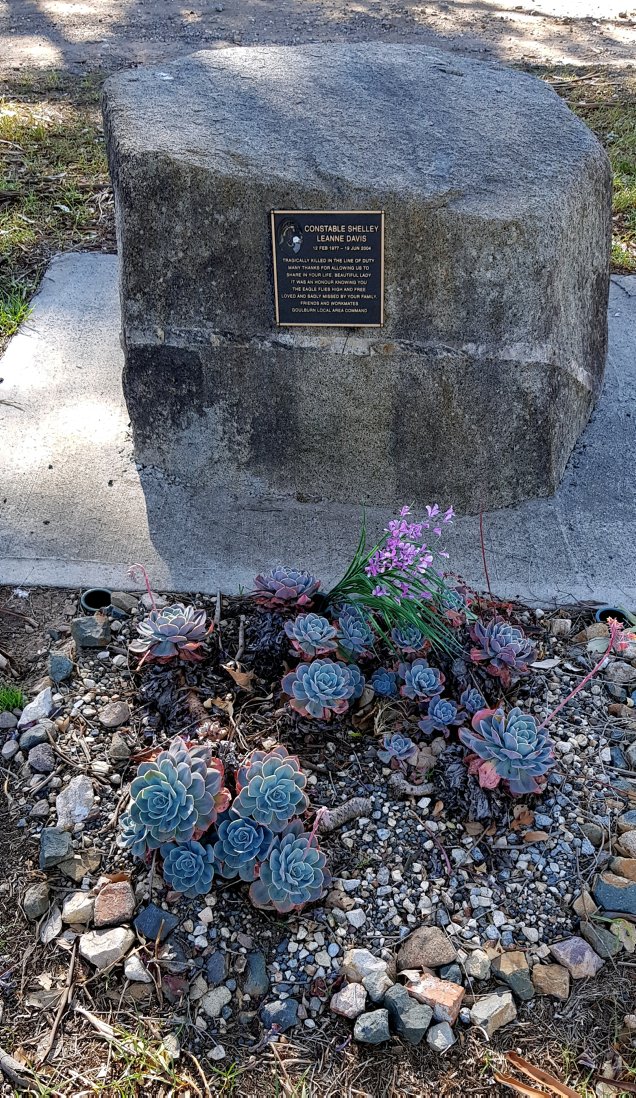 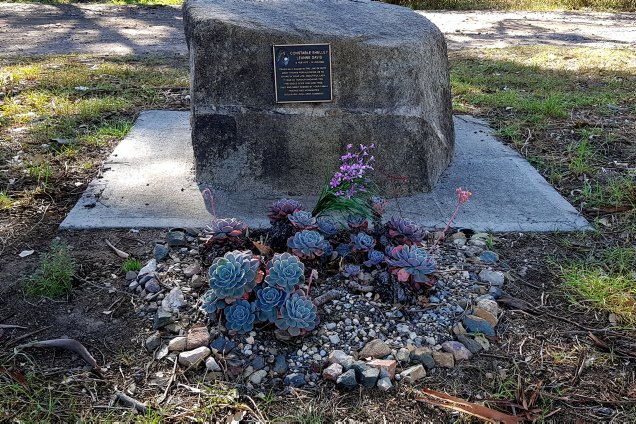 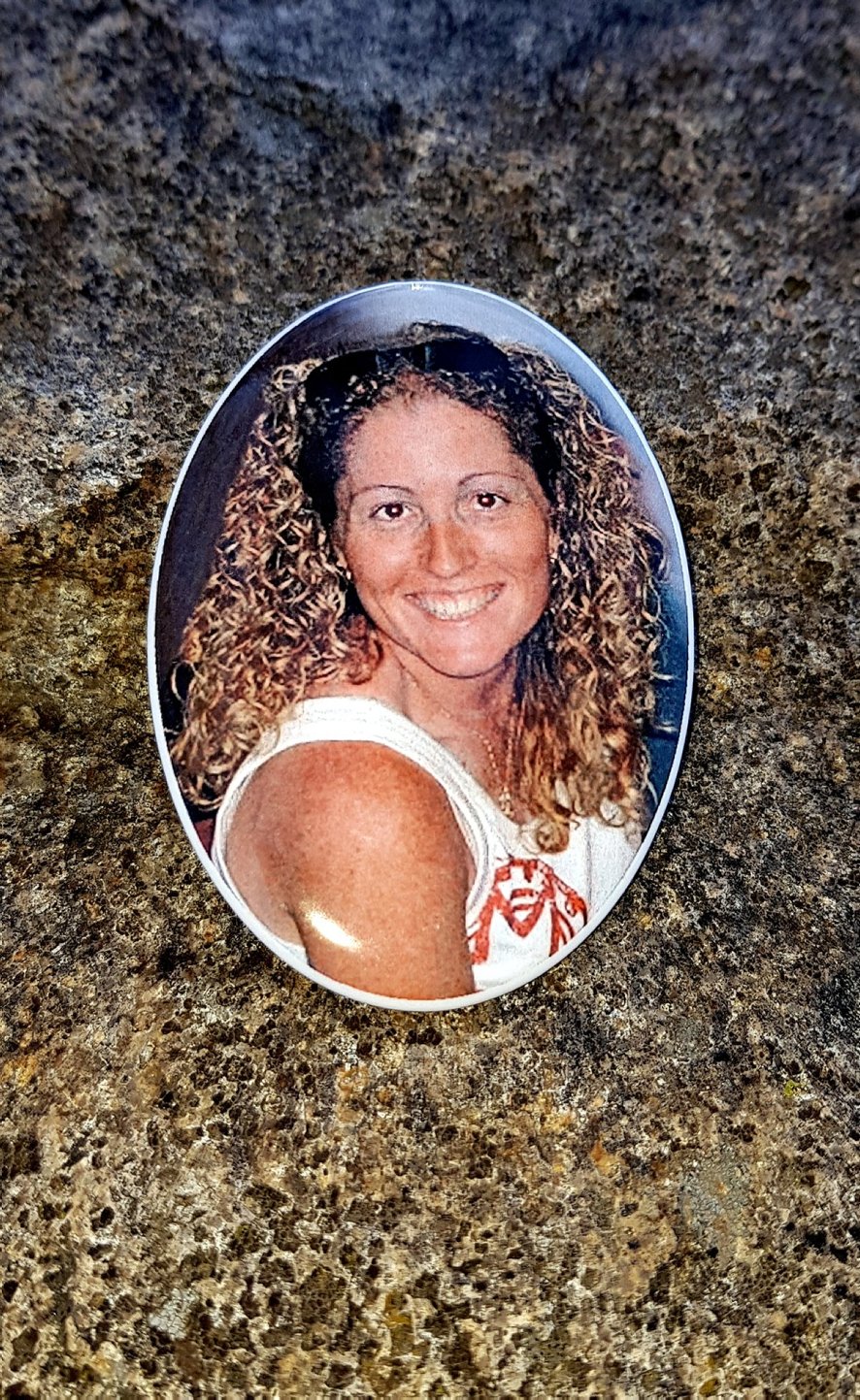 Memorial after the replacement of the photo on Tuesday 18 September 2018. 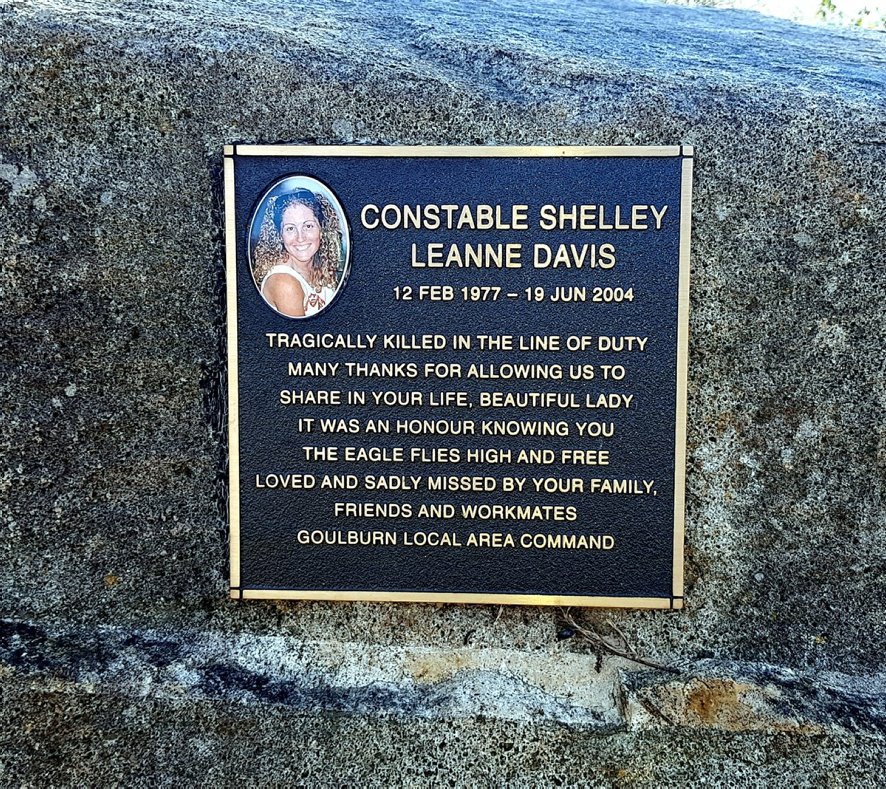 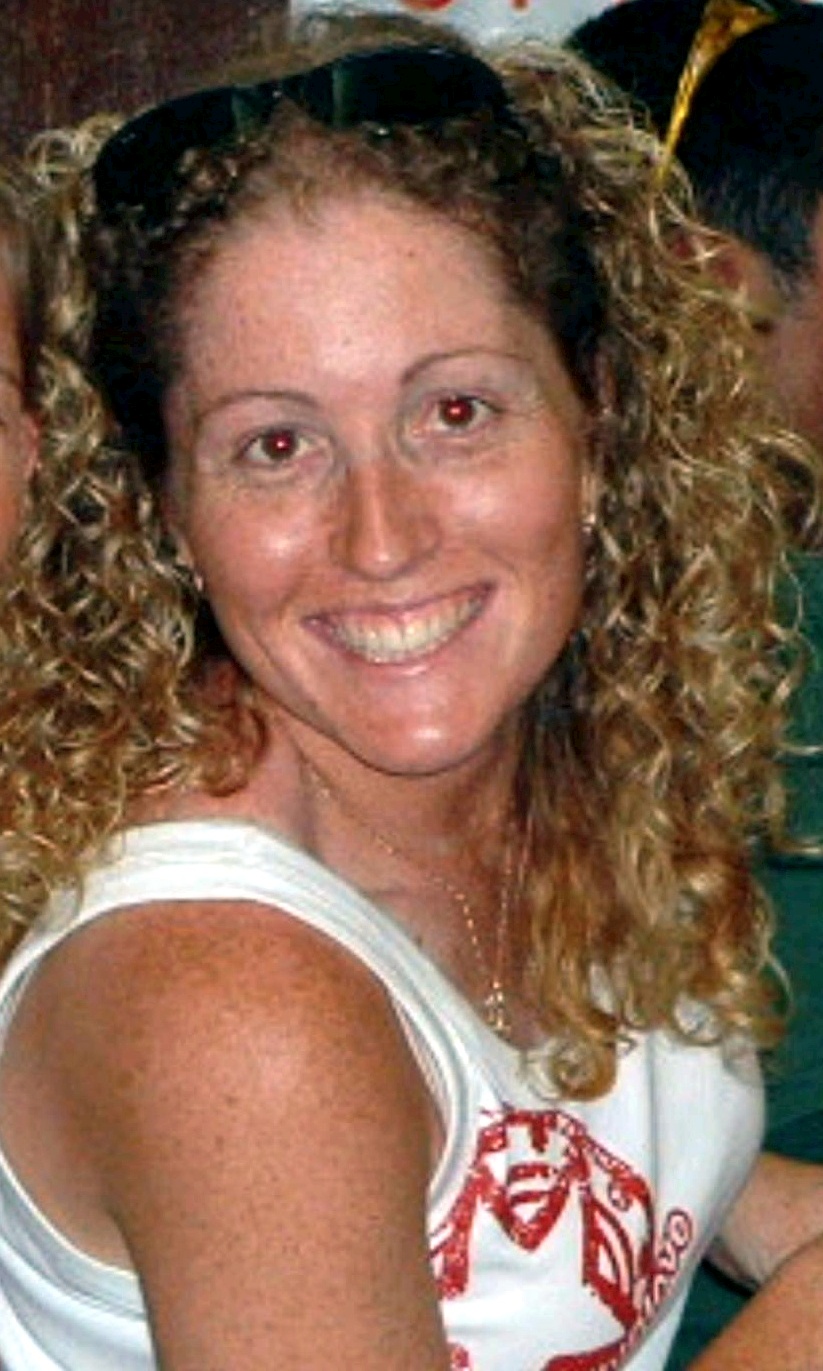 A small section of St John Of God, Richmond Hospital, where Police ( and others ) with PTSD have gone for Inpatient Treatment.

This is a small Memorial that previous patients ( Police ) have done to remember our friends who have fallen before us. The Black & Dark Blue Memorial stones are by Army members

WEDNESDAY 27 JULY 2005.  MEMORIAL SITE AT THE TREE AGAINST WHICH CONSTABLE SHELLEY DAVIS, FROM GOULBURN POLICE STATION, LOST HER LIFE ONE NIGHT WHEN THE POLICE SEDAN SHE WAS A PASSENGER IN SLAMMED SIDEWAYS INTO THIS TREE – KILLING SHELLEY. THIS IS A HUGE TRIBUTE. I FOUND A 20 CENT PIECE ON THE GROUND AT THE BASE OF THE TREE. IT WAS COVERED IN BROWN (DRY BLOOD) AND WOULD HAVE OBVIOUSLY COME FROM THE CAR AND POSSIBLY BELONGED TO ONE OF THE OCCUPANTS. I KEPT THIS COIN. IT WAS RAINING ON THE NIGHT OF THIS ACCIDENT. SOMETIME IN 2010, THIS TREE AND THE GIFTS WERE TOTALLY REMOVED FROM THIS LOCATION. A ‘STONE’ MEMORIAL, WITH PLAQUE, WAS LATER LAID IN THE CAR PARK ADJACENT TO THIS TREE. I DON’T KNOW WHAT HAS BECOME OF THE PHOTOS, PRAYERS ETC BUT THE TREE HAS BEEN TOTALLY REMOVED FROM THE LOCATION ALSO. 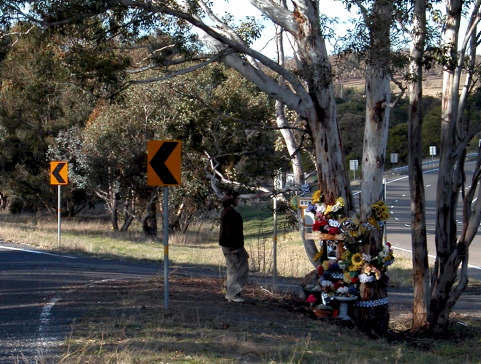 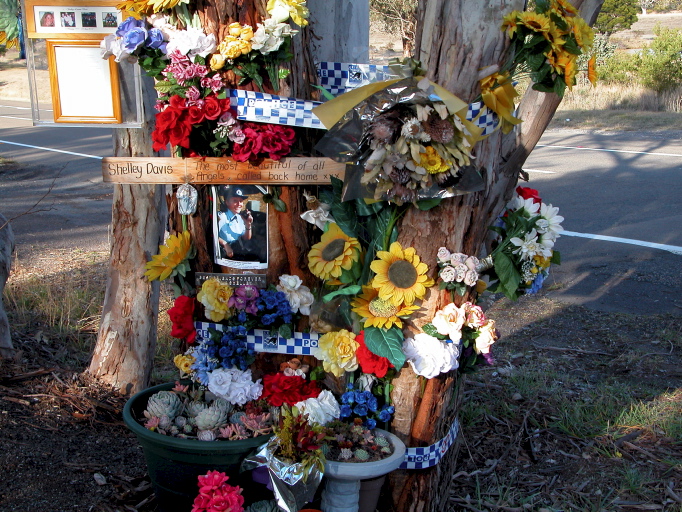 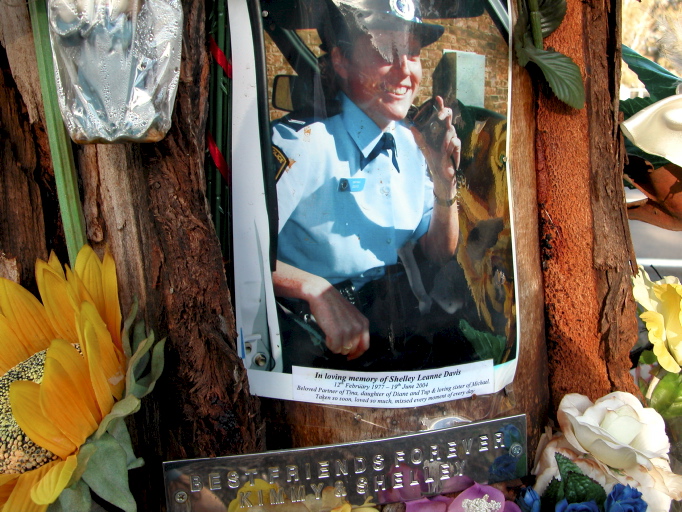 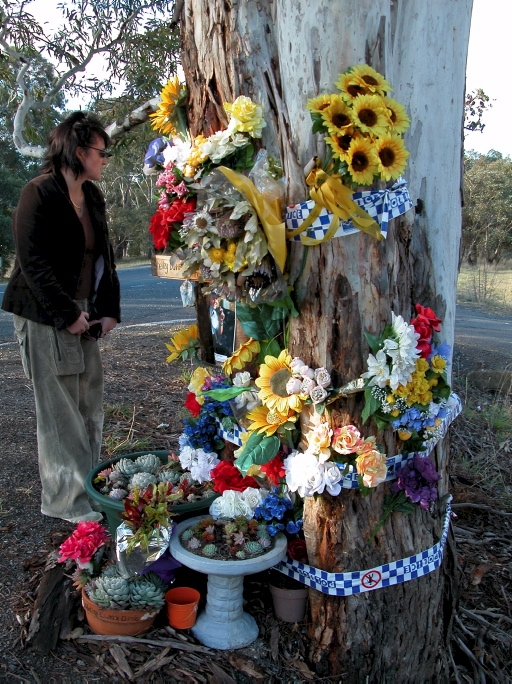 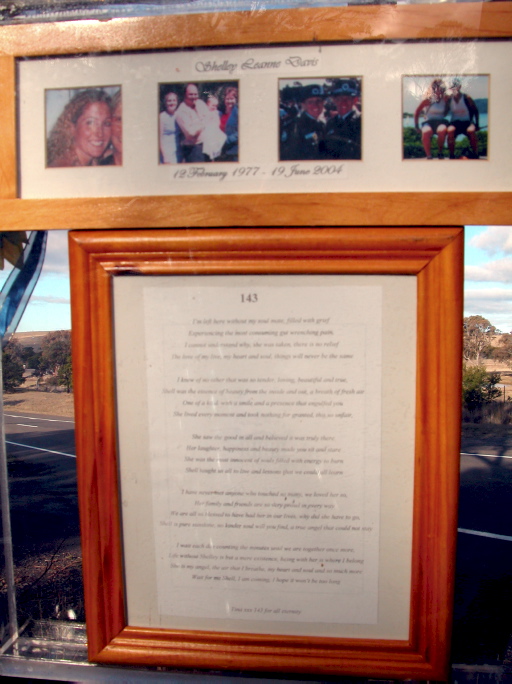 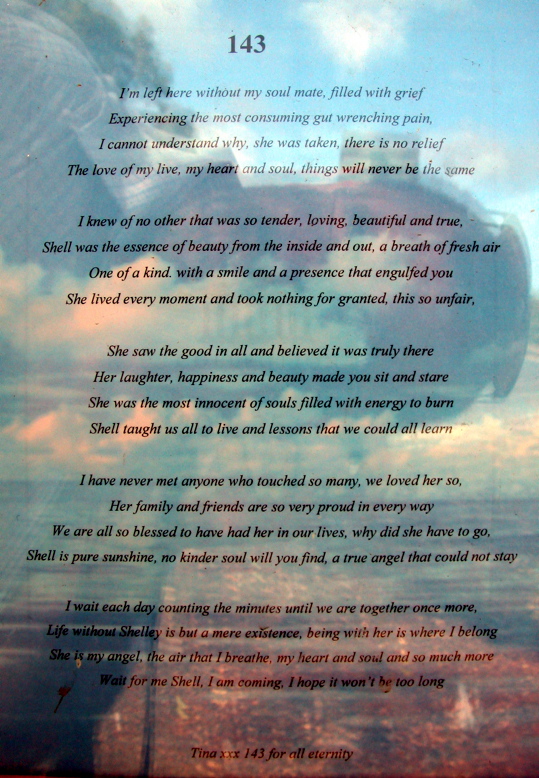 THE Deputy State Coroner has recommended the DPP investigate laying charges over the death of a police officer killed when the patrol car in which she was a passenger crashed three years ago.

The coronial inquest into the death of Constable Shelley Davis heard her partner, Senior-Constable Paul Sharman, was doing up to 110km/h in an 80km/h zone when he lost control of the vehicle on a road just outside Goulburn on June 19, 2004.

Criminal charges layed against him soon after the crash failed a year ago due to a technicality.

Davis’ mother, Diane, said she was “pleased” the matter had been referred to the DPP and praised the efforts of investigators.

During the hearing last month, Mrs Davis read out a submission where she accused Sen-Constable Sharman of being a “cowboy cop, reckless, irresponsible and dishonest”.

Mrs Davis said outside court yesterday her family had visited Sen-Constable Sharman twice since her daughter’s death to support him but had never received an apology.

“That’s the main thing we would have wanted from the beginning – the truth, with an apology, would have been good,” Mrs Davis said.

“Shelley was always so honest and yet we have got officers she worked with who didn’t hold those values.”

Ms Pinch was highly critical of a second officer – Constable Damien Ottley – who had been a witness to the crash but had initially lied to investigators.

The inquest heard that Const Davis and Sen-Constable Sharman were travelling in police sedan Goulburn 37 – under lights and sirens – when the crash occurred at 9am on June 19. Ms Pinch found there was no reason for them to be speeding as they were not needed at the job they were heading to – nor was that job considered urgent in the first place.

Other evidence heard in the inquest revealed that one witness described Goulburn 37’s speed as so fast “they were flying”.

Sen-Constable Sharman did not give evidence to the inquest.

A PERMANENT memorial has been dedicated to honour the “ray of sunshine”, Constable Shelley Davis, who died seven years ago last Sunday.

About 25 friends, former work colleagues and senior personnel from the Goulburn Local Area Command where Shelley worked attended the dedication ceremony last Sunday at the rest area opposite the site where she died in a patrol car accident on June 19, 2004.

Celebrant Trish Cunningham ( R.I.P. ) – whose husband Tony had helped with creating the memorial, fixing the plaque to the rock – conducted the brief ceremony. The rock for the memorial was transported from retired sergeant Rosie Jackson’s property by Primmer’s Towing while Rhod Stevens from the RTA assisted in the positioning of the site.

Local Area Commander, Superintendent Gary Worboys reminded everyone that police work is difficult and dangerous and the decisions that officers make can have lasting effects on other people. He said Shelley was, according to those who knew her, “like a ray of sunshine warming the hearts of those around her”.

“She was a dedicated officer and her loss was a tragedy,” Supt Worboys said.

“We can only hope that the lessons of that day will be learnt and that a similar tragedy will never happen again.”

Rosie Jackson said she would also like to thank Shane Biesterveld of Rudd Funerals for organising the plaque at short notice; Shepherds Hill Nursery who supplied some of the plants for the garden; Lena Cooper who helped with creating the garden, and everyone else who had a part in making the memorial possible.

Supt Worboys suggested the memorial would be a fitting place for a service during the annual Police Remembrance Day.

On the 19 June 2004 Constable Davis was the observer in a police vehicle when it was involved in a motor vehicle accident on the Sydney Road, just north of Goulburn. As a result of the accident, the constable sustained fatal injuries.

When Constable Davis began her Diploma of Policing Practice at the New South Wales Police College at Goulburn in August 2001 she did not know that the Southern Highlands would become her home in the longer term. She was stationed at Goulburn police station in August 2002 and settled at nearby Hill Top. Constable Davis made clear her motivation for joining NSW Police in a story published in the Goulburn Post to celebrate the twentieth anniversary of the Police College.

She said: “It may sound a little clichéd, but I wanted a job where I could make a difference, that was not boring and where I could challenge my boundaries.”

Constable Shelley Davis made the ultimate sacrifice in the course of the job that she loved. Shelley lived in Hill Top with her partner in life. She moved there so that she could continue to work in and be within commuting distance of her beloved Goulburn. Her colleagues described her as a bubbly, outgoing, lovely girl who loved to do everything, including horse riding and running, and she never had a bad word to say about anyone.

Deputy Commissioner Gary Worboys said that Constable Shelley Davis was, according to those who knew her, “like a ray of sunshine warming the hearts of those around her. She was a dedicated officer and her loss was a tragedy.”

Fallen in the line of duty. Gone, but never forgotten and forever in our hearts.