“G” District as Superintendent in Charge from 9 November 1980,

“I” District as Superintendent in Charge from 7 March 1982,

“I” District as Chief Superintendent from 10 October 1982

Commendations:  Commended for keen observation and initiative on the 19th June 1944 ( he was a Police Cadet ) when he noticed a Defence Dept. brand on a motor tyre of a stationary motor car, which resulted in the arrest and conviction of an offender for Goods in custody.

**Awarded the Peter Mitchell Trophy for obtaining the highest marks in the qualifying examination for Appointment to the rank of Sergeant 3rd Class.

*** Commended for good work performed in connection with the investigation concerning the wounding of John Clarence Straughan, ( Straughen ) 30 old, ironworker, at Chester Hill Railway Station on the 7th October, 1956, resulting in the arrest of John Henry Fishburn on a charge of shooting with intent to murder.  1.8.57

Commended by the Registrar of Companies in regard to services rendered whilst attached to the Companies Office from 9.11.64 to 16.11.66 not only by the manner in which they undertook the cases with which they were involved but also in regard to assisting to train and advise in the areas in which they specialise.  N.T.W. Allan, Commissioner of Police  5.12.66

Commended for excellent work in connection with inquiries into alleged wrongful supply by certain members of the Police Force of information concerning motor vehicle collisions to a Company known as Ford and Associates.   Fred J. Hanson, Commissioner of Police  28.6.73

Appointed Departmental Representative on the Council of the Prisoner’s Aid Association of N.S.W.   L.F. Newman  Dep. C. of Police  12.2.76 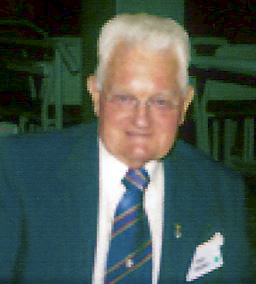 [divider_dotted]
Upon joining NSW Police Force, as a Cadet, Stan was described as:  5′ 9.5″ tall, 10 st 3 lb, blue eyes, fair hair and complexion.  He was a native of Rugby, England and was employed as a Junior Clerk prior to joining.  He was Married on the 18 March 1950.
Stan obtained the School Intermediate and Leaving Certificates.  He also obtained a General Matriculation Pass.  French to Leaving Standard.
He could type at 60 wpm ( words per minute ) and Shorthand at 120 wpm at his Police Class test on 1 January 1956.
His name was placed on the Honour Roll at the Police Depot, was winner of the Silver Baton award of 1943 – 1944.
He was assessed as ‘Competent” as a relieving telephone operator on Headquarter’s Switch.
He also completed a course of lectures on criminology at Sydney University Law School.
[divider_dotted]

The Sydney Morning Herald from Sydney, New South Wales on …

Rum ” got blame for shooting “

John Henry Fishburn had said too much rum made him shoot a sleeping man at Chester Hill, Constable A. A. Pry ( nswpf # 5826 ), told the Central Court today.

Pry said Fishburn admitted that he fired two shots at John Straughen, but both missed, so he crept closer, shot Straughen in the back, and stole £ 13/10/ from him.

Fishburn, 34, laborer, of no fixed address, pleaded not guilty to shooting with intent to murder.

Constable Pry said that Fishburn claimed he did not mean to hurt Straughen.

He would never walk properly again, but might, be able to get around on crutches.