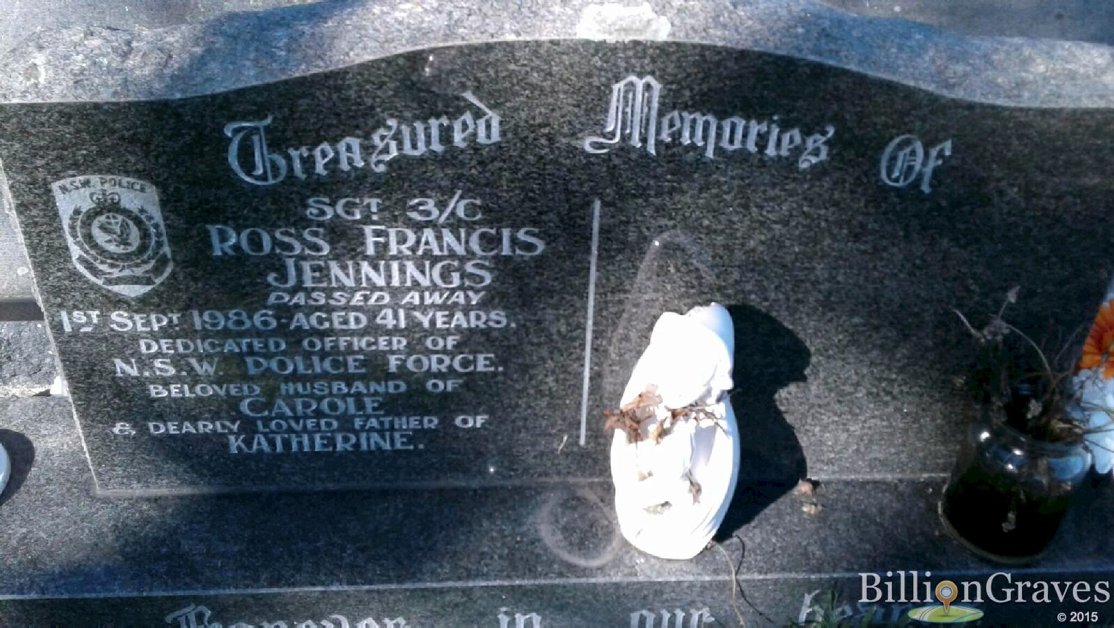 ROSS IS mentioned on the National Police Wall of Remembrance

On 1 September, 1986 Sergeant Jennings was at home at the police residence attached to the West Wallsend Police Station. While he was mowing the lawns (one of his duties) he suffered a fatal heart attack.

The sergeant was born in 18 September 1944 and joined the New South Wales Police Force on 22 February, 1965. At the time of his death he was stationed at West Wallsend. 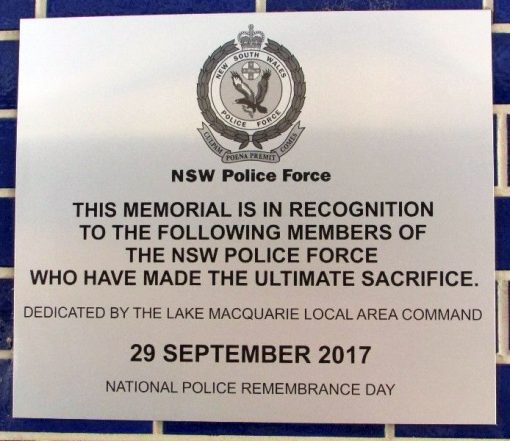 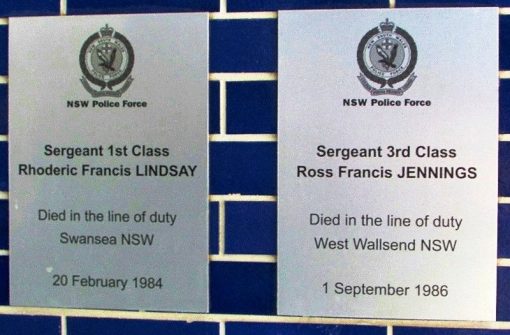