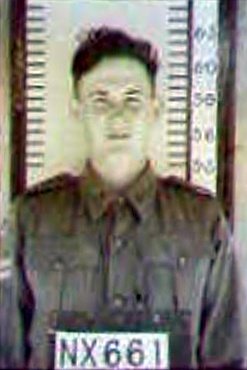 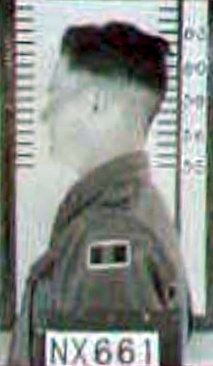 And What They Are Doing

Constable Vic McCrohon, of Clarence Town, is absent on special duty. He is giving revolver instruction to country police stations.

The Annual Meeting of the Clarence Town and District 1939 – 45 War Memorial Committee will be held in the School of Arts Hall, Clarence Town, next Monday night, 7th May, at 8 p.m. Business: Important.

On Thursday, 16th February, Brigadier D. MacArthur Onslow paid a visit to Clarence Town to carry out an inspection of the area with regard to the formation of a unit of the Citizens Forces in the district. He was very high in his praise of the district and stated that it was ideally suited for the formation of an amphibious unit of the Citizen Forces. However, the lack of a suitable building that could be utilized as a Drill Hall was an obstacle but despite this he felt sure that he could convince the authorities that the expense of erecting one would be justified as it was his considered opinion that it was to the men on the land that this country could depend upon.

The men in the closer settled areas have many distractions whilst the man on the land is a deeper thinker and realises the need for Citizen Military Forces.

The Brigadier was met by Mr. Vic. McCrohon, who served under him during the last war and was later met by Mr. M. W. Dark and various other citizens of the district.

He stated that he thought that Clarence Town had very good prospects of having an industry set up because the Williams River was so well suited to shipping. He would not hesitate in recommending the district to anyone requiring a factory site.

It may be remembered that the Brigadier is a man of many business interests, one such business being the Camden Vale Dairies which is in the process of having a circular dairy installed — the third in the world and the first in the southern hemisphere.

The annual meeting of the Clarence Town Football Club took place on Saturday, February 18th, when the balance sheet for the year 1949 was presented and the election of officers for 1960 took place.

In opening the meeting the chairman, Mr. J. Moylan, congratulated the club on the performance it had put up last year both on the field of sport and on its splendid financial position for the commencement of a new season. He pointed out that when the club was formed last year that except for approximately three players who had had previous experience the remainder had only the spirit of the game to offer; as the season had progressed and more people became interested in the sport the local lads improved their game and by the end of the season had improved beyond all expectations.

Many older hands had expressed their amazement at the manner in which the team had improved its game. He then complimented Mr. Vic McCrohon on the splendid financial position of the club, which, after having bought 15 complete sets of gear and two footballs ended the season with a credit balance of £66/11/34.

Mr. W. McCrohon is spending the week-end with his brother, Constable Vic McCrohon, and Mrs. McCrohon, after coming out of Army camp at Singleton.

Indications at the moment are that a bumper crowd will be in attendance, as secretary Vic. McCrohon has been approached re running a bus from Maitland. The Pick-a-Box free novelties which proved so popular last ball will again be on and the prizes are really super, some even being to say the least ‘stunning.’

On Sunday, a B Grade side from Dungog journeyed to Clarence Town and played a picnic match. After leading 7-niI at half-time, Clarence Town beat Dungog 7 points to 3. Ross Haggarty scored for Dungog. Constable Vic McCrohon is moulding a fine team together in Clarence Town.

Flashing his torch through the doorway of a Scott Street shop about 11.30 p.m. on June 25, Probationary Constable Victor McCrohon saw a young man huddled in his overcoat against the counter.

Leslie John Cable, 18. soldier, was charged with breaking and entering the lock-up shop of Helen Payzis at 105 Scott Street, Newcastle, on June 25 and stealing £9 8s 11d in money, one fountain pen, six keys, one ring, two tax stamps valued at 5s 9d and a quantity of confectionery to the total value of £12 10s.

He was also charged with having, at Newcastle on June 25, broken and entered a lock-up shop at 5 Wolfe Street with intent to steal.

He was committed for trial at Newcastle Quarter Sessions on July 22.

Constable McCrohon said that whilst on duty in Scott Street about 11.30 on June 25 he noticed the glass of Payzis shop was broken and that the door had been interfered with. Cable was huddled against the counter. Cable was searched and £9 8s 11d was found in his possession. There was a quantity of cigarettes and other articles in his pocket. Questioned, Cable said he was ” broke. ”

He signed a statement admitting he gained entry with a piece of flat steel. Cable was questioned about breaking and entering the premises of Blachford in Wolfe Street. He said he used a flat piece of steel to gain entry.

THE BATTLE FOR BUNA

WARREN FRONT (DECEMBER 23-JANUARY 2)
On Warren front, the second stage of the Australian 18th Brigade’s offensive against Buna was to take place on the inland flank of the 2/9th Battalion, south of Simemi Creek. Lieutenant-Colonel James Dobbs’s 2/10th Battalion, having arrived from Milne Bay, would attack along the old Buna airstrip.
Patrols had already moved along Simemi Creek, and on December 23 Captain Austen Ifould’s B Company had captured the bridge, a goal that had eluded the American infantry for over a month.
The 2/10th then consolidated at the eastern end of the kunai-covered airstrip while the American engineers repaired the bridge.
The Japanese defenders here were some of Captain Yasuda’s crack naval troops.
Seaman Masaji Konagaya wrote:  ‘Although we only had a handful of men, we defended our positions with desperate efforts’.
On the next day, December 24, Brigadier Wootten decided to send four of the Australian Stuart tanks across the bridge to support the attack along the airstrip.
Japanese guns were known to be in the area, but they had been silent for some days, and it was hoped that they had been destroyed by air attacks.
At 0935, after a short barrage, Lieutenant McCrohon’s and Corporal Barnet’s tanks crossed the bridge and headed up the strip.
They advanced some 250 yards in short order, and McCrohon began engaging machine-gun posts. Then, at about 1000, McCrohon saw a flash off to his left front and his tank was hit down low on the body. The wireless was dislodged and the tank slewed into a flooded bomb crater, where it remained bogged. Barnet’s tank was then …….
https://mxdoc.com/after-the-battle-162-pdf.html

How a lucky shot put out of action a Heinkel fighter in the Sollum area is described by Sergeant V. McCrohon in a letter to his brother, Mr. A. McCrohon, of Boolaroo School staff.

An armored tank detachment, of which Sergeant McCrohon is attached, was awaiting orders to go into action and was being continually harassed by the German machine.

A private member of the supporting Infantry column casually remarked that he would fix the blighter and, raising his service rifle, fired.

The Heinkel faltered in its course and was obliged to make a forced landing.

An inspection of the machine revealed that the bullet had severed a vital link in the rudder control mechanism. The crew of the Heinkel was taken prisoner.

Sergeant McCrohon was the driver of the first tank to enter Bengazi.

At a brief ceremony held at Paxton Picture Hall last Saturday night, Paxton people assembled to bid farewell to Sergeant Victor McCrohon, who is shortly to go overseas with the 2nd A.I.F., making the fourth local representative to assist in England’s democratic fight.

Handing over a set of hair brushes and fountain pen and pencil, Mr. P. S. McLeish complimented Sergeant McCrohon upon having been accepted to serve with the 2nd A.I.F, and conveyed the good wishes of Paxton people for a safe journey, a clean, victorious fight, and a quick return home.

Speaking in support, Mrs. F. Hindmarsh said that having known Mr. McCrohon all his life, she felt justified in saying he was a worthy son of Paxton and regretted the cause of his departure. However, he had seen fit to answer Australia’s call, and was certain he would do his best for his country.

On behalf of the Great War veterans living in the district, Mr. Ivor Davies expressed the belief that as long as the 2nd A.I.F. was composed of men like Sergeant McCrohon, the old Diggers could rest assured that the spirit of Anzac would never die.

In reply, the guest of the evening thanked all responsible for the present, and said he had been set a hard task to justify the nice things said about him. However, he would always endeavour to do the right thing, and trusted that the people of Paxton would continue to maintain their good faith in the boys of the 2nd A.I.F.

The proceedings were brought to a close with the rendering of “God Save The King.”