Rank: *Terrence was a Rejoinee having only done 1 month as a Probationary Constable

Between his 1st & 2nd Service with NSWPF, Terry worked as a Psych Nurse at Callan Park Psychiatric Ward.  Terry originally left NSWPF due to the death of his 1st wife having passed away. 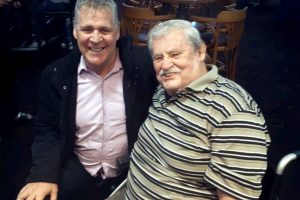 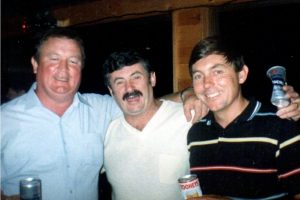 Worked with Terry at Rozelle Psychiatric Hospital prior to us both joining the job. On the left of photo is Jeff Prentice ( # 14115 ) another ex Psychiatric nurse and NSW Police Officer, Terry in the middle and myself ( Phillip Brand # 14273 ) on right. 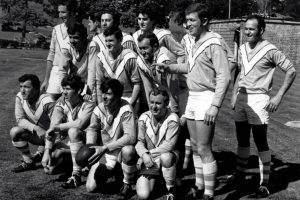 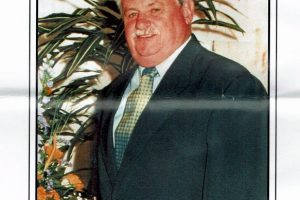 By all accounts, Terry appeared to be a great bloke and great policeman who had the respect of all whom worked with him.
He apparently joined the NSWPF some time prior to 1978 and Served for probably 4 years before ” pulling the pin ” and working as a Psychiatric Nurse at Callan Park where he was given the nickname of “Maggots” before eventually returning to the NSWPF where he apparently Served all of his Service at Newtown and Marrickville.
Terry Retired in November 2001 and eventually he and his 2nd wife, Fran, moved to warmer climes in far north NSW.
Terry suffered various conditions which required hospitalisation.  These conditions caused the removal of a leg and also the removal of multiple large skin cancers off his face.
His funeral was recently attended by around 25 of his former mates from the old Newtown Police days.
May he forever Rest In Peace.
Cal

One thought on “Terrence Raymond McGLYNN”