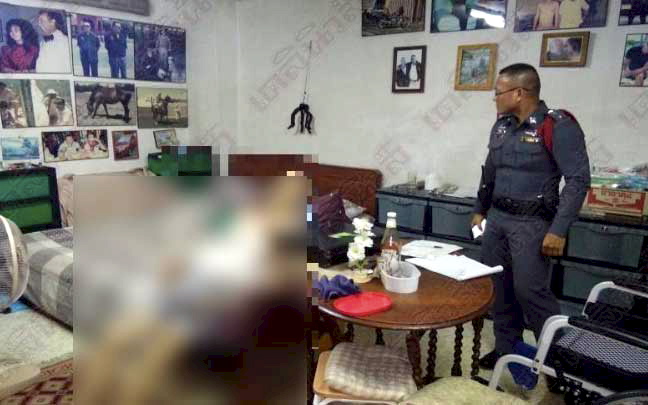 By webfact, November 20 in Bangkok News

Bang Khun Thian police were called to a condominium in Ekachai Soi 88 in Bangkok on Saturday after reports that a foreigner had shot himself.

In the sixth floor room on a bed they found 82 year old Thomas Edward Bacon (name transliterated from Thai) with a single gunshot wound to the throat from a .38 gun.

On a table was a suicide note. It read: “I don’t want to be a burden for anyone to look after”.

The victim’s wife Thanakorn Lomrat, 54, who owns the condominium, said that her husband was a former policeman. He came to Thailand twenty years ago but his health had deteriorated and he had many illnesses.

Recently he had suffered diabetes that had affected his eyesight and was barely able to walk.

The body was sent for autopsy and the embassy have been informed.