He was going to Wagga Wagga but this transfer was cancelled. 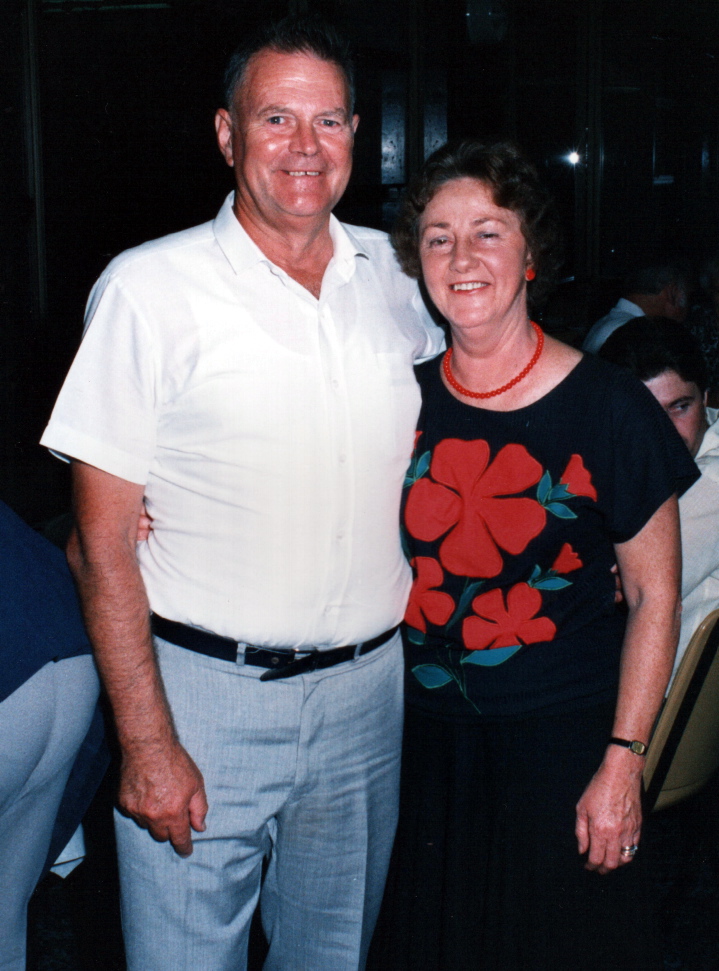 Tom Moore and his wife at his Send Off 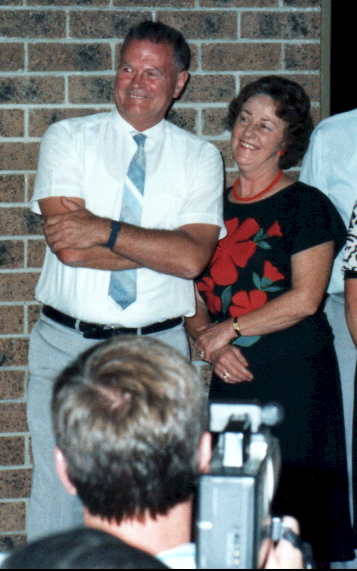 Upon joining the NSWPF, Tom was described as:

He was previously employed as a Labourer for 2.5 months and a Fitter and Turner for 7 years.

He sat for the following examinations:

Tom ” Entered into a bond with Commissioner of Police to serve with Police Department for at least five years after completion of course at Marconi School of Wireless. Course completed 14 September 1958″

August 1984: Former Liverpool Police Officer – Sergeant 1/c. Thomas. G.
Moore, attached to the Communications Branch at VKG Warilla was promoted to the rank of Inspector 3/c. It is believed that around 1988, he took optional retirement.

May 2010: Former Liverpool Police Officer – Inspector Thomas. G. Moore passed away aged 79. Prior to retiring from the Communications Branch at Warilla, he and his wife moved down the south coast to the Gerringong area. Later Tom worked part-time for some years as the after hours mobile medical service driver. He would drive the “after hours Doctor” to visit needy patients around the south coast. His favourite location to rock fish was at ‘Black Point’ off Gerroa. He would often be seen swept into the ocean by huge waves while collecting green weed bait for black fish.