Son, Brother, Husband, Father to be – May you Rest In Peace 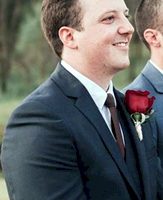 TIMOTHY IS mentioned on the Police Wall of Remembrance

Tim had attended the Pistol Range at Lucas Hts for Firearm Training in his own private vehicle and was returning to Liverpool Police Station to return his firearm when this collision occurred.
It has to be asked whether this collision would have been survivable, for Tim, had he been in a modern police vehicle with air bags.
Tim’s Life Support was turned off on Friday morning due to the horrific and non survivable injuries that Timothy suffered in this collision.

Funds to support Tim’s wife and unborn child.  Please follow the hyperlink just above and donate.

The NSW Police Force regrets to inform the community of the death of a serving police officer after a crash in Sydney’s south last week.

P/Cst Proctor attested as part of ‘Class 333’ on Friday 27 April 2018 and was working in general duties at Liverpool City Police Area Command.

Commissioner Mick Fuller has extended his condolences to the Proctor family on behalf of the NSW Police Force.

“My thoughts are with Timothy’s wife Dianne, his family, friends and colleagues at this incredibly difficult time,” Commissioner Fuller said.

“Timothy was certainly well on the way to a wonderful policing career and was well respected by his colleagues and all who knew him.

“He joined the Police Force after being a volunteer fire-fighter and had a tremendous passion and commitment for all emergency services and the community,” Commissioner Fuller said.

P/Cst Proctor’s family has requested their privacy at this time.

A NSW police officer who was involved in a head-on crash in Sydney’s south last week has died in hospital.

Timothy Proctor, 29, a probationary constable who worked in the Liverpool region, was driving northbound on Heathcote Road at Lucas Heights about 2pm on Thursday when a Honda Civic crossed to the wrong side of the road and crashed into him and two other cars.

Mr Proctor was cut out of his car and rushed to Liverpool hospital, where he remained in a critical condition until his death on Sunday morning.

NSW Police Commissioner Mick Fuller paid tribute to Mr Proctor’s time in the police force and offered his condolences to the man’s family.

“Timothy was certainly well on the way to a wonderful policing career and was well respected by his colleagues and all who knew him,” Commissioner Fuller said.

“He joined the police force after being a volunteer firefighter and had a tremendous passion and commitment for all emergency services and the community.

“My thoughts are with Timothy’s wife Dianne, his family, friends and colleagues at this incredibly difficult time,” he said.

Police Association of NSW president Tony King said his staff were “providing support on the ground with the family, friends and colleagues at the hospital since this tragedy unfolded and we will continue to support them as they attempt come to terms with the tragic loss”.

“Collisions like this are always difficult but it hits even harder when it one of your own involved,” Mr King said.

In the collision, the Honda Civic was driving southbound in the 100km/h zone when it failed to negotiate a bend, continuing straight and clipping a Toyota Yaris before it hit Mr Proctor’s red Honda Jazz.

The 65-year-old female driver of the Honda Civic was taken to Liverpool hospital, where she remained in a critical condition on Sunday.

Police said a Mitsubishi Triton which had been driving behind the officer was unable to stop in time and was also involved in the crash.

Two teenagers in the Triton and the driver of the Yaris were not injured.

Vision of the crash, broadcast by Nine News on Friday, shows the Civic travelling in the left-hand lane before it drifts across the middle lane and hits the officer’s oncoming hatchback.

Van driver Kamran Rowshanzadeh, whose dash cam recorded the crash, said he initially thought the car was trying to cut into his lane without using its indicator.

“Next thing I know it was actually drifting,” he said.

He was able to swerve around the cars as they impacted in the single northbound lane. “The car literally came off the ground and the back kicked up and I dodged it. It was just so sudden and so quick,” Mr Rowshanzadeh said.

He added that he heard the officer brake at the last second.

Mr Proctor graduated from the NSW Police Academy in April 2018, as part of class 333, and was one of 15 officers posted to the Liverpool region.

Speaking to the Liverpool City Champion shortly after his graduation, Mr Proctor said he was formerly a volunteer firefighter and had worked in IT repairing laptops before deciding to pursue a career in policing.

He said he had grown up in the area and noticed a “bad perception” of police, which he wanted to change.

Police continue to investigate the collision.

A group of 15 police recruits who’ve just graduated from an intense 9-months’ training at the Police Academy were welcomed to Liverpool police station last Monday.

The group were part of Class 333 – 164 policemen and 70 policewomen who are set to complete 12 months’ on-the-job training while studying for an Associate Degree in Policing Practice before being ranked as constables.

A couple of Liverpool recruits shared their hopes and dreams, including Hinchinbrook identical twins Marc and Nathan Brown. “You could say we’re inseparable. We took different paths at the end of high school. Nathan did a trade, I did accounting. But I got bored and wanted to do something to help people and something different each day. This is what I’ve wanted to do since I was a kid and it’s definitely a lot more interesting than spreadsheets!” said older twin Marc. “We made the change at the same time but they split us up with me at Liverpool and Nathan at Green Valley. We still might end up together eventually. It’ll be good fun!”

Marc’s background in martial arts inspired him to choose a career where he could be more active. He’s looking forward to tackling community problems such as domestic violence and drugs. “I’m over-the-moon about starting here.”

Brother Nathan, 24, hopes they get to work together. “That was the plan. It ‘d be fun to see the reactions. We know each other and how we react to things. But we’re also pretty competitive – especially at the academy. They kept us apart when they could and it was probably best.”

Nathan has a background in rugby and hopes to work with disadvantaged youth.

Another recruit is Camden resident Clare Leone, 25. Instead of working in general duties for a three-year probationary period after 18-months she’ll transfer to forensics. “I was constantly changing my mind and then uni started and I really loved science and not doing the same thing each day. Whereas with other scientific jobs you’re often stuck in a lab all day. I’ll still be in the NSW Police Force. I’ll be specialising in fingerprinting at Parramatta. I found it really fascinating – not one person has the same fingerprints. To be able to pursue that as a career is really interesting.”

One recruit who began policing a little later is Prestons’ Timothy Proctor, 28: “I wanted to be a firefighter and volunteered for a while but it’s extremely selective and that made me look at alternatives. I worked in IT as a laptop repairer but it was limiting and so I pursued policing. When growing up I noticed the bad perception of police due to corruption. I want to change that. I believe growing up here I have a good understanding of the cultural groups, too.”

Warning: Graphic images below in this article.

Two drivers involved in a horror head-on car crash in Sydney’s south remain fighting for life in hospital, as shocking footage obtained by 9News has showed the moment both vehicles collided.

Emergency services were called to Heathcote Road, north of New Illawarra Road in Lucas Heights, about 2pm yesterday following reports four cars had been involved in a serious crash. 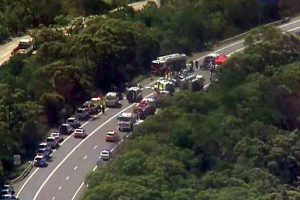 Dashcam footage of the incident shows a Honda Civic, travelling south on the road, crossing a lane of traffic and then onto the wrong side of the road.

Both the officer and the 65-year-old female driver of the Civic had to be cut free from their vehicles, and remain in critical conditions today at Liverpool Hospital more than 24 hours after the crash. 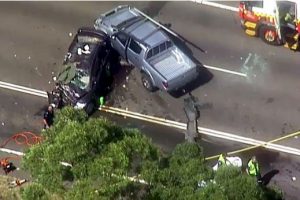 It is understood the officer had just completed a training exercise at a facility in the area and was travelling in his private vehicle to Liverpool Police Station to drop off his firearm, at the time of the incident. 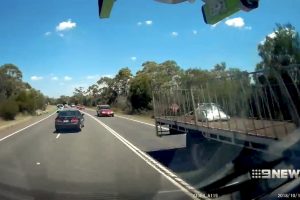 After being pulled from the wreckage of his vehicle, he was placed into an induced coma at the scene.

Following the initial point of impact, a Mitsubishi Triton driven by a 19-year-old woman crashed into the woman’s Civic. 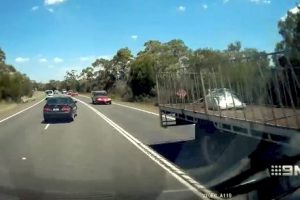 The teenager, her 18-year-old male passenger and the 63-year-old driver of the Yaris all escaped injury.

“Obviously, police turning up to a police officer injured is extremely upsetting for first responders – and it was a devastating accident,” acting inspector Melissa Thompson told reporters yesterday. 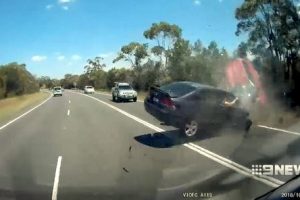 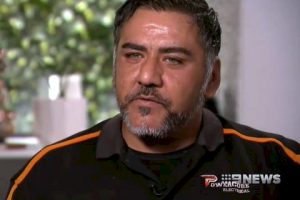 Witness Kamran Rowshanzadeh, an electrician from Moorebank who was on his way to a call-out job at the time of the incident, said he first thought the Civic was trying to cross into his lane at about 100km/h.

“It was split second, and the next thing I know is the high impact,” he told 9News.

“The car literally came off the ground and the back kicked up and I dodged it.

“Just thinking about it shakes you.” 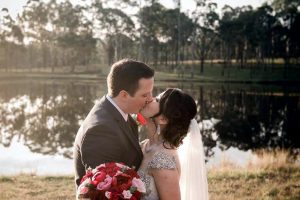 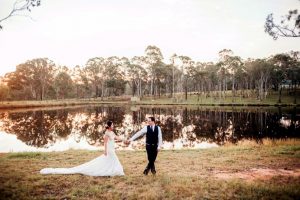 Three people, including an on-duty police officer, have been hospitalised after a multi-vehicle crash in Sydney’s south.

Just after 2pm today, police, paramedics and fire crews were called to Heathcote Road, north of New Illawarra Road in Lucas Heights, after reports three vehicles were involved in a serious crash.

Seven ambulance crews and a medical team were called to the location and NSW Fire Rescue were required to help free one person trapped.

A police officer aged in his 30s, and a female driver of another vehicle were both taken to Liverpool Hospital in a critical condition.

A third person was taken to Sutherland Hospital.

The officer had just completed a training exercise at a facility in the area and was travelling in his private vehicle.

Traffic is heavy in the area and Heathcote Road remains closed in both directions with diversions in place at Alec Campbell Drive and New Illawarra Road.

Police are warning drivers to expect delays and make alternative arrangements if possible.

The crash investigation unit is currently at the site.