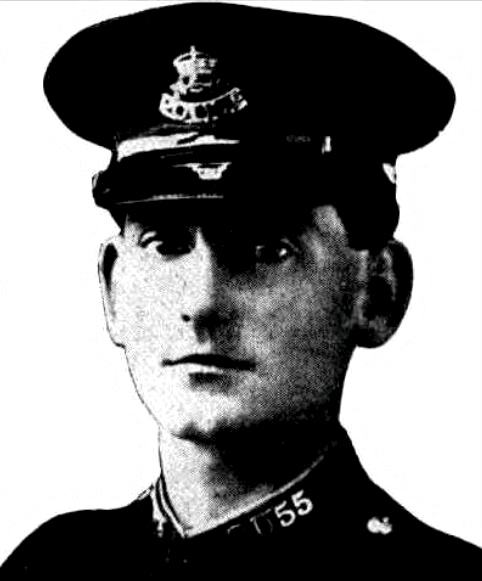 In 1931 Constable Nowland was the lone policeman attached to the Bendemeer Police Station. On the night of Sunday 4 October, 1931 a man came to the station to complain that he had been camped under the bridge at the river and had been accosted by a “madman” who had threatened to kill him. He requested that the constable come down to the bridge, which was at the McDonald River, a distance of less than 300 metres to look for the madman. The constable obliged, however after a brief search under and around the bridge, the alleged “madman” could not be found. The following night the man again came to the police station with the same complaint. (It was believed to have been the same man both nights as Mrs Nowland heard his voice on both visits, although she never actually saw him). The constable took his revolver and set out to search the bridge area again. When he failed to return home by the morning Mrs Nowland telephoned the police at Tamworth.

Police from Tamworth quickly travelled to Bendemeer and, with the assistance of an Aboriginal tracker, began to search for the missing man. Later that afternoon Constable Nowland’s body was found and recovered from the McDonald River. He was still fully clothed, except for his cap, and the body had no apparent signs of violence, although apparently the constable’s nose had been bleeding before he fell or was thrown into the water. At the spot where the body was found the water was only three to four feet (about 1 metre) deep.

The Brisbane Courier dated 7 October, 1931 reported that “The police believe that Nowland was insensible or dead before he entered the water. It is thought that Constable Nowland did not reach the bridge last night. His way would have taken him past a hotel, and beneath brilliant lights, and it is considered that he would certainly have been seen had he gone direct to the bridge from the police station. It is thought probable that he was attacked almost as soon as he left the police station, and was then taken to the river and thrown into the water insensible. The police are handicapped by the absence of any description of the man who twice called at the police station and spoke of the lunatic. Constable Nowland was the only one who saw him.”

The Sydney Morning Herald of 10 November, 1931 reported the open finding of the inquest into the constable’s death, as follows.

“BENDEMEER MYSTERY – CORONER’S OPEN VERDICT.
TAMWORTH. Monday.
The inquest into the death of Constable Nowland, whose body was found in the McDonald River on October 5, came to an end to-day, when the coroner (Mr. Geikie, P.M.) returned an open verdict. Six sessions of the inquest have been held, and 24 witnesses have been examined. In delivering his finding, Mr. Glekie said that the case was marked by many conflicting and mysterious statements. If it was suicide, then the deceased must either have been sane or insane. If he was sane, the first thing was to look for the motive, and the evidence adduced no such motive. If he was insane, no motive need be looked for. There was not a tittle of direct evidence of mental derangement in the constable up to the time of his death. His finding would be that Nowland was found dead in the McDonald River without any marks on the body; further, that death was due to drowning, but how or by what means drowning came about the evidence did not say.”

The mystery of what exactly happened to the unfortunate Constable Nowland has apparently never been solved, although theories ranging from suicide to poisoning to murder have long been put forward. A coroner’s inquest into the death gave the cause of death as drowning, however the surrounding circumstances remain unknown.