Died on: Friday, 14 September 2018 during the early afternoon 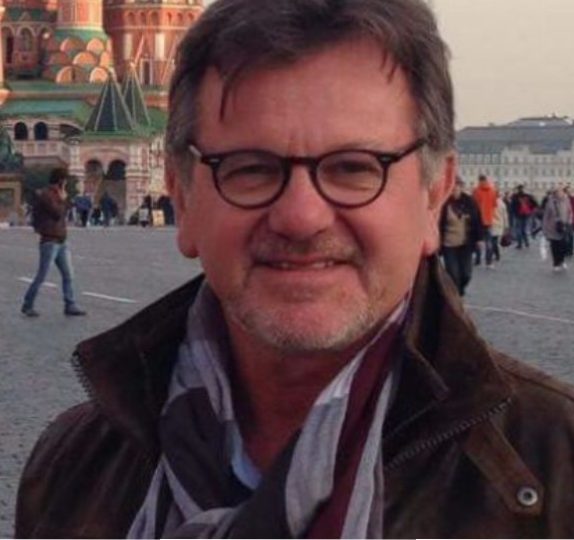 Detective Senior Sergeant Victor ‘Vic’ Kostiuk died after the motorcycle he was riding collided with a car travelling in the opposite direction along the Princes Highway near Orbost on Friday.

Among those mourning the 59-year-old veteran officer are his son, Detective Felix Kostiuk – who was riding next to his father when he was hit – and his wife, retired Superintendent Pauline Kostiuk.

Detective Senior Sergeant Kostiuk’s immediate family asked for privacy. But his broader blue family in the Victoria Police remembered him as a leader in the fight against domestic violence who had much more to give.

Acting Chief Commissioner Shane Patton said Detective Senior Sergeant Kostiuk had been “chuffed” to be given a role at the head of the Somerville Family Violence Unit just a few months ago.

“He’s been a detective on-and-off throughout his career but it was a very big thing for him to again get to the rank of detective and have that in front of his senior sergeant rank,” Acting Chief Commissioner Patton said on Saturday.

“Victor was planning to be working for many more years to go, he had a much-unfinished business, especially in the family violence world, where he seemed to have a renewed lease of life and energy to achieve great outcomes.”

Victoria Police mourn Victor Kostiuk, one of their own killed on a charity motorcycle ride

Victoria Police is pleading with the public to obey the road rules after one of their own was killed in a charity motorcycle ride in honour of officers killed in the line of duty.

Detective Senior Sergeant Victor Kostiuk, 59, was riding alongside his son, also a police officer, in the Wall to Wall charity ride from Melbourne to Canberra when he was killed.

A car driving in the opposite direction on the Princes Highway east of Orbost, in far eastern Victoria, veered onto the wrong side of the road and collided with Detective Senior Sergeant Kostiuk’s motorcycle.

He and his son had been travelling about 10 minutes ahead of the main group of 300 riders.

Victoria Police Acting Chief Commissioner Shane Patton started the ride in Melbourne on Friday and told them to go safely.

He went through the police academy with the dead officer’s wife and said the family was in mourning.

“Victor was a fantastic member of this organisation, a member for nearly 40 years.

“He was really chuffed just the other day to have been recently appointed back to the rank of detective senior sergeant, something he was particularly proud of.

The crash happened on the Princes Highway at Cabbage Tree Creek, near Orbost, on Friday afternoon.

It is alleged the suspect veered onto the wrong side of the road and was travelling at 137kmh when he struck Detective Senior Sergeant Kostiuk, Seven News reported.

The court heard the suspect had earlier smoked ice, took Valium and drunk alcohol before getting a friend, 16, to blow into an interlock device before he took over driving, Seven News reported. Major Collision Investigation Unit Detective Phil Frith told Latrobe Valley Magistrates Court Mr Reid had had one hour’s sleep when he decided to drive back on Friday, Illawarra Mercury reported.

Mr Kostiuk was riding his motorcycle as part of the Wall to Wall ride in honour of fallen officers. His son, Detective Senior Sergeant Felix Kostiuk, was also among a motorcade of 300 motorbike riders who were due to arrive at the National Police Memorial in Canberra on Saturday.

Acting Chief Commissioner Shane Patton said some of his last words to Det Sen-Sgt Kostiuk as he left on the memorial ride were “travel safely”.

KOSTIUK Victor
5 Feb, 1959 – 14 Sep, 2018.
Adored husband of Pauline, wife of 38 years. Devoted father and idol of Felix and perfect father-in-law of Nicole. Loved brother of Alex and Eleanore and inspirational uncle to many.

His mighty presence, passion and joyfulness have made the world a better place.

“Be the instrument of change”

A Service celebrating the life of Detective Senior Sergeant Victor Kostiuk will be held in the Chapel of the Victoria Police Academy, View Mount Rd, Glen Waverley on Friday (September 21st, 2018) commencing at 2.00 pm. A Private Burial will follow.

In lieu of flowers, please consider a donation in memory of Victor to Police Legacy. Envelopes available at the Service.

The President, Executive and Members of The Police Association mourn the passing of Detective Senior Sergeant Victor Kostiuk and extend their deepest sympathy to his family.