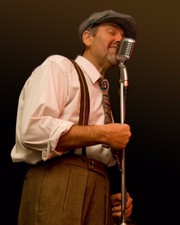 Born on 10 December 1959
Passed away on 8 April 2016
Aged 56 years
Loving son of Roland and Doreen, loving father of Gina, loving partner of Robyn, dearest brother, uncle, great uncle and friend to many.
Funeral service will be held at St Joseph’s Catholic Church, Corner of Bedford Street and Station Street Newtown, on Friday, 15th April 2016 at 1:30pm.