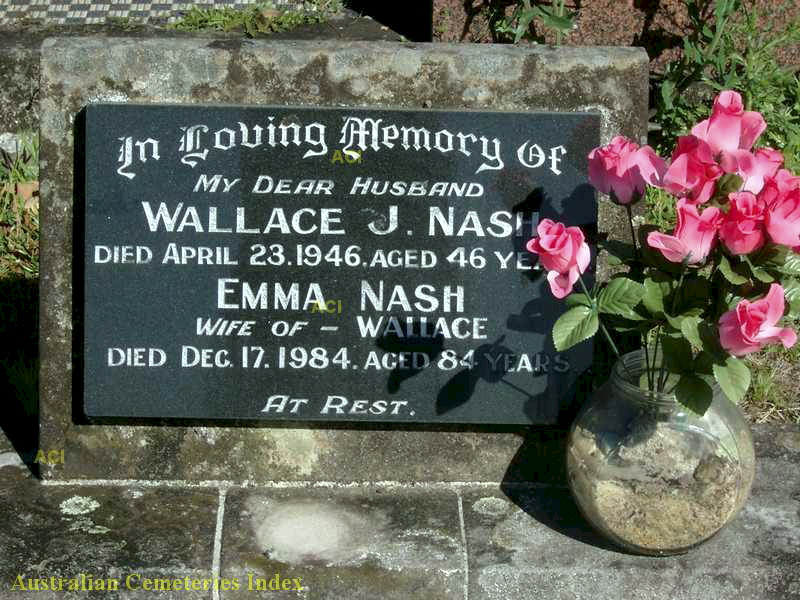 The death occurred at Stratford after many months of ill-health of ex-Constable First-Class Wallace Jonathan Nash. After spending two months in hospital in Sydney he was subsequently discharged from the Police Force and last June came with his wife and son to live with his mother-in-law, Mrs. John Wand, at Stratford.

His health deteriorated over the months and his death at the home of Mrs. Wand was not altogether unexpected.

He joined the N.S.W. Police Force as a young man and up to the time of his discharge had had 20 years and nine months service. He was stationed during that time around the city and was for many years at No. 4 Station in the city. He was last stationed at Chatswood.

In 1928 in Sydney he married Miss Emma Wand, a daughter of the late Mr. John Wand and Mrs. Wand, of Stratford.

To the family and relatives we extend our sincere sympathy.

The funeral took place in the Church of England portion of the Gloucester cemetery, the Rev. D. R. May officiating. — ‘Advocate.’