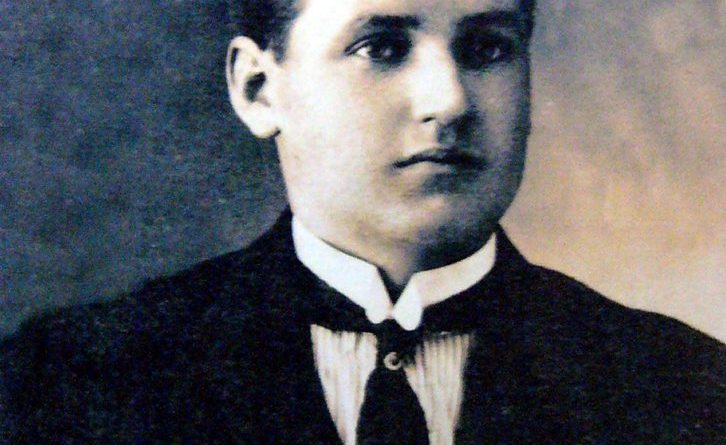 Event location: ? ( in a Police vehicle )

Married in 1942 to Margery Elizabeth ROBERTSON

SINGAPORE, July 17.- In the first District Court today Detective Walter Cecil Byrne, of the Sydney C.I.B., applied for the extradition to N.S.W. of a man who he said was wanted for trial there on a conspiracy charge.

Byrne identified George Stamford as Stanley Hammond, who last month failed to appear in a Sydney court to answer a charge of conspiracy.

The judge remarking that the case had reached “a serious stage,” withdrew bail and remanded Stamford in custody until July 22.

The accused, who answered to the name Stamford, allegedly arrived in Singapore from Australia last month as a stowaway aboard an Avro Anson plane.

He was charged as alias Stanley Hammond, with having conspired with John Maxwell Gray and Gordon Leonard between January, 1944, and June, 1945, in New South Wales, to cheat certain persons of money and valuable securities by offering them shares in John Gray and Company.

Police said in Quarter Sessions yesterday that a man charged with the theft of £230 had stolen the money to try to save the life of his three-years-old son.

Doctors had said the boy, a cancer sufferer for 12 months, had only two more months to live.

The father, Leslie Galvin, 34, textile worker, of Salisbury Road, Camperdown, admitted having stolen the money from his employers, Bradford Cotton Mills, of Camperdown.

Detective – Sergeant Walter Byrne, CIB., said he believed Galvin had used all the stolen money to pay his son’s medical expenses. The child had developed cancer a year ago. Since then he had had a serious operation and needed regular deep-ray treatment.

Mr. Jack Thorn (for Galvin) said Galvin had now started a job that paid him between £9 and £11 a week. He wanted a chance to pay back the money he had stolen.

Judge Holden released Galvin on a £50 bond to be of good behavior for three years. He ordered Galvin to repay the money to the Bradford Cotton Mills at £8 a month.

In a bare 14 months, if the truth was told, balding, thick-set Victor Claude Jupp, aged 39, gambled £4000 on trotting and dog races. Jupp is a married man with two small sons.

He lives in Campbell Street, Abbotsford. Since 1939 he was employed by Mort’s Dock , and Engineering Company at a weekly wage of £10/3/ as a paymaster of casual labor.

At the Quarter Sessions this week he pleaded guilty to having stolen £4000 from the company between November, 1948, and last January.

Detective – Sergeant Walter Byrne said Jupp confessed that he had consistently drawn from the cashier more money than was required to pay the casual laborers, and that he had gambled all the money he stole on the trots and the dogs. Jupp was not addicted to drink and had no previous convictions, the detective-sergeant added.

Solicitor Martin James Alexander Easton, who appeared in court on behalf of the company, said Jupp had signed a confession, in which he said he could make restitution of £1000 immediately. . But, Mr. Easton added, Jupp had said that the offer of restitution was not his wish – it was the wish of his mother and his wife, who would have to sell all their property to realise £1000.

The company, Mr. Easton said, would accept that offer of restitution.

Barrister Reynolds; for Jupp, said the prisoner felt it was unfair for his mother and his wife to bear so heavy a burden on his behalf.

Sergeant Byrne died in a police car while on his way to his home in York Road, Five Dock.

The Officer in Charge of the C.I.B. had ordered a car for him when he said he felt ill.

In a tribute at Quarter Sessions later Judge Holden said he had known Sergeant Byrne for many years as a fair, truthful, and honest officer.

loving father of Joan, William, Josephine and Thomas and

loving father-in-law of Edna and Alexander

He became ill after arriving at the C.I.B. from court, and died while being driven to Western Suburbs Hospital.

Detective-Sergeant Byrne had served 28 years in the police force in Sydney, and was an expert investigator in cases involving company law.

He was soon to have been made an inspector.

He is survived by Mrs. Byrne and four children.

In the Will of WALTER CECIL BERTIE BYRNE late of Fivedock in the State of New South Wales.

Detective Sergeant of Police, deceased Application will be made after 14 days from the date of publication hereof that Probate of the last Will and Testament dated the 11th March 1947, of the above named deceased may be granted to Marjorie Elizabeth Byrne the Executrix named in the said Will and all notices may be served at the undermentioned address.

All creditors in the Estate of the deceased are hereby required to send in particulars of their claims to the undersigned JOHN W. BINNEY. Proctor for the Executrix. 79 Elizabeth Street Sydney.