WAYNE IS mentioned on the Police Wall of Remembrance 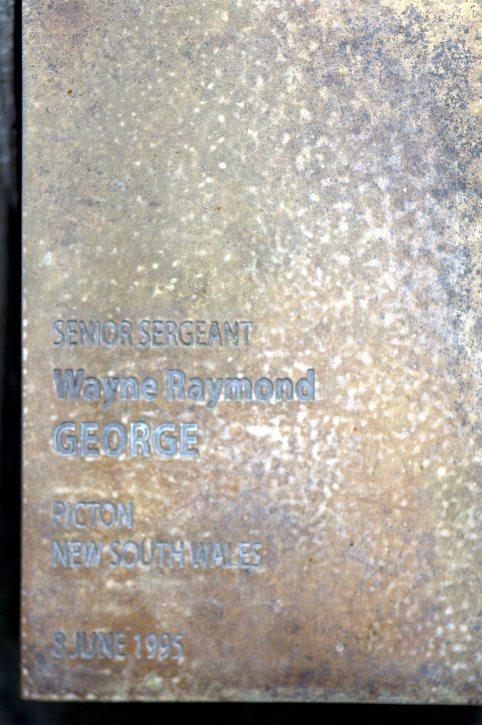 Touch plate at the National Police Wall of Remembrance, Canberra.

On 8 June, 1995 Senior Sergeant George was riding a police solo motor cycle from Goulburn to Sydney to attend a meeting. Whilst he was riding along Picton Road, near Almond Street, Picton his cycle was struck by a motor vehicle. The sergeant was thrown to the roadway where he was run over by a number of passing vehicles including a semi-trailer. He died as a result of injuries received.

The senior sergeant was born in 1958 and joined the New South Wales Police Force as a cadet in February, 1976. He was sworn in on 5 December, 1977. At the time of his death he was attached to the School of Traffic and Mobile Policing, Police Academy, Goulburn.

Have searched Trove and Google without success for the articles in relation to this man.