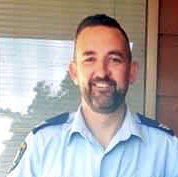 In lieu of floral tributes, donations to the NSW Police Legacy would be appreciated & may be left with the funeral directors at the service.

( Due to current Govt. restrictions of the 4 square metre rule at a Funeral due to the Cornona19 Virus Pandemic ) 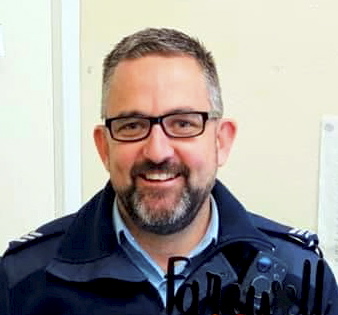 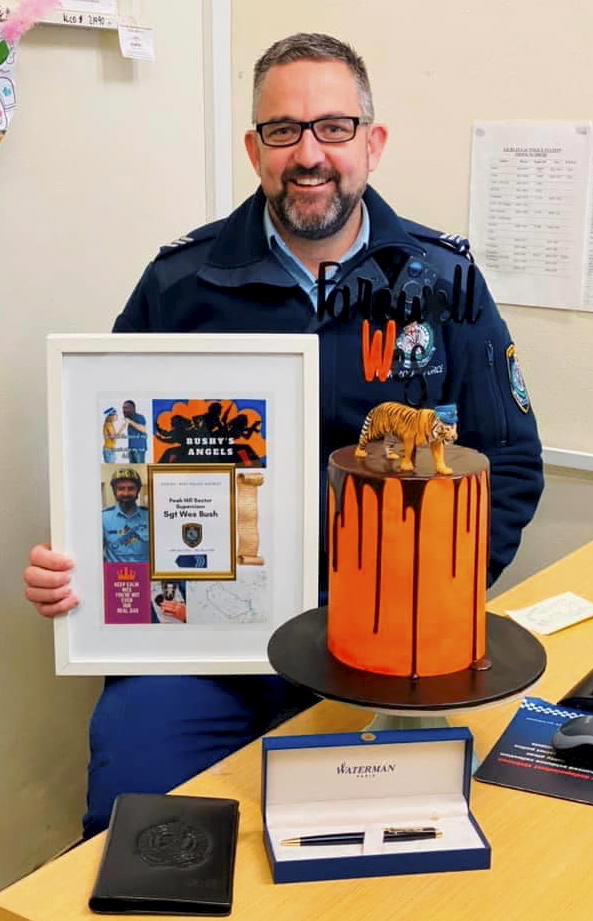 Loving father of Ally and Jessie.

Much loved brother of Jason and Darren (dec) and their…

Policing as a career on display in Dubbo

Dubbo’s Wesley Bush knew from a young age that he wanted to be a police officer. It’s a dream he’s glad to have followed, as he prepares to start working as a probationary constable.

The 23-year-old policing student will be one of the speakers at the Dubbo Police Career Day on Sunday 21 April.The day is a joint initiative of the NSW Police and Charles Sturt University (CSU), inviting visitors to find out more about policing as a career and the recruit education program, the Diploma of Policing Practice (DPP).

The Police Career Day runs from 10am to 2pm, with a formal information session commencing at 10am. Speakers include current students such as Mr Bush, recent graduates, university and police staff. They will discuss career options within the police service, health and lifestyle issues and the education program.

Mr Bush said he had found studying at the Police College in Goulburn an enjoyable experience.

“There is a lot of support while you are on campus, all the staff are very helpful,” he said.

Mr Bush will be returning to regional NSW in May, to complete the DPP while he is employed as a probationary constable in Orange.

The Diploma of Policing Practice is offered in a number of different modes, including distance education, making it accessible to a broad range of prospective students.

DPP students may be eligible to be employed by the NSW Police as probationary constables after two 14-week sessions of study, then they complete their training over a further 12 months.

Applications for the Diploma will also be accepted on the day. Anyone wishing to apply should bring the original, plus copies of documents, such as birth certificates, results of prior study and references.

The Police Career Day is being held at the Police and Community Youth Club, corner of Darling and Erskine Streets, Dubbo.

Policing as a career on display in Dubbo – CSU News

FOUR new probationary constables started work this week with the Canobolas Local Area Command, bringing its strength up to 92 officers.

Two, Arna Marinovic and Wes Bush, will be stationed in Orange for their three year probation, bolstering numbers at the station to 62.

Two others, Patrick Adams and Gerard McCarthy, are attached to the Cowra station and have already been rostered on to patrol their adopted town.

“They are raring to go and have a lot to learn but they will be well looked after during their time here,” Insp Powell said.

Prob Const Bush said he joined the Police Force to help the community and would put up with seeing people at their worst “as long as I can help”.

Prob Const Marinovic said she wanted to join the police because the work was something she could be proud of.

Three of the probationary constables are from regional NSW while Prob Const McCarthy is from Surfers Paradise.

He said he joined up because when he was a civilian he saw police doing a good job.

“I hope that is how people will look at us,” he said.

Drivers on the radar

The drivers have been hit with heavy fines of $1300 each and lost nine points from their licence.

Police say the illegal devices have been imported by either being purchased over the internet or obtained overseas and brought in to the country in luggage.

Senior Constable Wes Bush said when drivers were caught they realised they would have to pay a heavy fine.

“But they get a real shock when they find out they lose nine points off their licence,” he said. “They only need to have had one speeding fine added to that and their licence is gone.”

Police say the standard navigation GPS systems which can be purchased in retail outlets do not pose a problem as they only have a facility for detecting fixed cameras.

The illegal devices which have been confiscated in the last few weeks are small enough to fit in the palm of the hand and plug into a cigarette lighter.

Snr Const Bush said many drivers were also unaware that it is illegal to be caught buying or storing a detector in a vehicle.

ORANGE residents were far worse in 2013 when it came to speeding in school zones, with about 281 drivers booked in the Orange local government area – an 84 per cent increase from 2012 when 153 drivers were fined.

The most common offenders when it comes to speeding in school zones, are parents whose children go to the school Leading Senior Constable Wes Bush said.

The increase in fines was not necessarily because Orange drivers were becoming more complacent, Senior Constable Bush said, rather Orange highway patrol had been “actively” targeting school zones.

“They’re prominent and it is easy to tell so there’s no excuse.”

He said people should be reminded one  extra demerit point applied to any infringement notice given to a driver in a school zone.

Failure to adhere to school zone speed limits could be costly for motorists, with fines up to $425 for exceeding the zone by under 10 km/h and a loss of two demerit points.

Exceeding the speed limit over 10 kmh could result in a loss of four demerit points and a $531 fine.

“A safe return to school can be achieved if everyone plays a role to protect school children,” Andrea Hamilton-Vaughan said.

Orange drivers gave the government about $533,000 worth of fines for speeding in a school zone in the last financial year.

Orange drivers continue to put children’s lives at risk by speeding through school zones with speeding offences double what they were two years ago.

THE contributions and achievements of the region’s police officers were celebrated at yesterday’s Canobolas Local Area Command (CLAC) awards ceremony, but it wasn’t just the officers being recognised.

Emily Watson, a year 12 student at Orange High School, was on hand at the Orange Agriculture Institute to accept the CLAC certificate of appreciation on behalf of her father Peter Watson, who provided valuable assistance to ambulance officers at an incident on Huntley Road last year.

Mr Watson stopped on the side of the road to assist ambulance officers subdue an unruly patient, enabling them to call for further assistance and helping to resolve a volatile situation in the process.

Miss Watson, who was also present at the incident, said she was proud to be accepting such an award on her father’s behalf.

“I am proud, he couldn’t be here today and I saw what happened. He told me to stay in the car, but I didn’t,” she laughed.

“Dad helped them so they could call for assistance. It was a pretty scary situation, a lot of people wouldn’t have stopped, so I’m very proud of him for doing that.”

Officers from around the region received medals for long service, clasps, certificates of merit and commendations during the ceremony, and CLAC Superintendent Shane Cribb was on hand for the presentation.

“These awards are very important,” he said. “Our police work 24 hours a day putting their lives at risk, and it’s very important we recognise their achievements and their years of service.

“It’s a very demanding profession, and 10 years in one profession is a long time in this kind of occupation. We saw here, there was people getting recognised for 25 and 30 years’ service.

“It’s tough to work in one profession for 30 years at all, let alone one so demanding. We’re incredibly grateful for their efforts, and it’s important for the community to see the kind of effort they go to as well.

“The public often doesn’t see what happens when the police are out protecting them, looking after them and making sure their safe.

“I’m incredibly proud to be a part of it, it’s fantastic.”

A driver and two passengers fled the scene of a car crash in Glenroi on Saturday afternoon, police said on Sunday.

Central West Police District acting inspector Wes Bush said the three people were in a Holden Commodore which hit a road hump at speed causing a front tyre to blow.

Acting Inspector Bush said the driver lost control of the car and it crashed into a Holden Commodore Ute at the intersection of Adina Crescent and Garema Road.

“The driver fled the scene. There were two other passengers in the car [who also left the scene],” he said.

He said the driver of the other car was not injured in the crash.

He said the car had not been reported as stolen.

Police and an Orange Fire and Rescue crew attended the scene of the crash.

Anyone with information should contact Orange Police or call Crime Stoppers on 1800 333 000.

All police officers deserve recognition for their service to the Australian people.