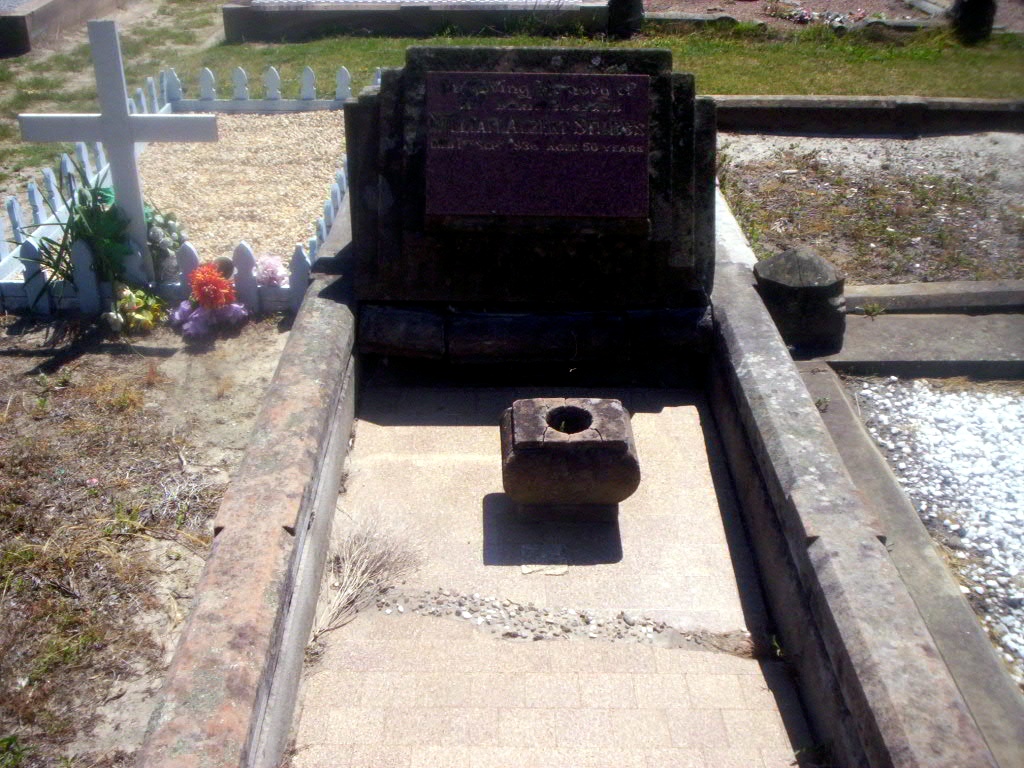 He had been ill for several months.

Born in 1886, Sergeant Stubbs joined the police force in 1908, and had served at many stations.

He had been at Newcastle West and Newcastle for about 10 years, and was well liked both inside and outside the police force in the North.

A widow and grown-up family survive.

He will be buried to-morrow.

Impressive scenes marked the police funeral this afternoon of Sergeant W. A. Stubbs, who died at his home at Merewether on Tuesday after a long Illness. A large party of police marched before and after the flag-draped coffin through the city to the railway station and the cortege was headed by the military band of the 2/35th Battalion, with drums draped in crape.

Footpaths on both sides of Hunter street along the route of the funeral procession were lined with people.

The Commissioner of Police was represented by the Superintendent of the North-Eastern Area (Mr. J. W. White) and other police officials present were Inspectors W. A. Davis and A. G. McAlpin. A large number of representatives of the Retired Police Association marched in the cortege.

A large crowd gathered outside Wood Coffill’s funeral parlor chapel, where the service was held by Rev. A. H. Venn, of Merewether, and traffic was suspended temporarily while the cortege passed into Hunter street.

After the military band, marched the funeral escort of 20 constables, six sergeants, a commissioned officer and the police drill instructor (Constable S. ( Stephen ) Pender), who had charge of police marching arrangements at the funeral. After the hearse, marched the remainder of the police to the mourning party.

This party was headed by Constable J. P. Magnay who, with the president (Constable E. Konza) represented the Newcastle branch of the Police Association.

Then followed representatives of the Retired Police Association and detectives and a large number of members of the public.

The introduction of police mobile patrols into the Newcastle district in the near future, will spell the doom of the beat system, which has been in existence for many years.

A direct result of the comprehensive reorganisation of the force, which was commenced immediately the new Commissioner of Police (Mr. Mackay) took office, will be the withdrawal of many officers from suburban stations, which will be converted into lock-ups, each attended by a resident constable.

The first step in this direction was taken yesterday when Sergeant Dean, who is at present on extended leave, and Sergeant Stubbs were transferred to Newcastle headquarters, leaving Constable Dawes in charge.

Similar procedure will be followed gradually at many suburban stations.

As the change proceeds Hamilton will become the base for motor cycles and cars, in which policemen and detectives will tour adjoining municipalities.

Call boxes will be established throughout the Newcastle district, from which cruising patrols will report at regular intervals to headquarters. By this means it is hoped to reduce such crimes as housebreaking, as one of the many patrols will be in almost constant touch with headquarters and can be despatched to the scene of a robbery immediately information is received. The quicker moving mobile patrols will make the task of the burglar much more hazardous than hitherto.

It is expected that many of the men will be absorbed in the mobile division, and some others will be transferred to Sydney.

The revolutionary changes to be made are not an experiment. A scheme on the same lines has been put into operation in Sydney, and apparently is giving satisfaction.

SERGEANT SAID HE WAS KICKED

The story of a wild scene at Hunter street West police station, in the course of which a police sergeant was kicked in the stomach and had his nose broken by a prisoner, was told at Newcastle Police Court this afternoon.

It was also alleged by a constable, who said he was summoned to the station from an adjoining patrol, that the prisoner hurled a tub at his head.

Thomas Cullen (31), laborer, pleaded not guilty to a charge of having assaulted Sergeant Stubbs, and beaten and otherwise ill-treated him, causing him actual bodily harm, on December 16.

Sergeant Stubbs said that after having arrested Cullen for being drunk, he told him that it had been alleged against him that he had assaulted a man after asking him for sixpence.

Continuing, the sergeant said that when they were within 30 yards of the police station at Newcastle West, Cullen punched him on the head and knocked his cap off.

The sergeant said that he then held down his prisoner by the leg and arm, and asked a passer-by to restore his cap to his head.

Later, while they were going up the steps of the passage way, Cullen kicked him in the stomach.

In the charge room he did the same thing again, so the sergeant, threw him to the floor.

After taking Cullen to a cell, said the sergeant, he was fixing up the prisoner with blankets, when Cullen again kicked him in the stomach and punched his nose, making it bleed.

Subsequently the sergeant was taken by the ambulance to a surgery, and the doctor found his nose was broken.

To Mr. O’Neill (for Cullen), Sergeant Stubbs denied that he had drawn his baton at any stage. The kick was what would be called on the football field a forward kick. He did not know that Cullen had been treated for severe injuries. He had thrown Cullen in the charge room, and he might have been injured while assaulting other men.

Constable Page, of Wickham, said he found the sergeant sitting down dazed, and bleeding from the nose.

” When I went to the cell, ” he added, ” Cullen said he would bash my head in if I came in, the same as he had done to the sergeant. ”

” I asked him to hand over the cell tub, and he rushed across and hurled it at my head. It hit the door as I closed It. ”

To Mr. O’Neill, the constable said that he pulled out his baton before opening the cell door.