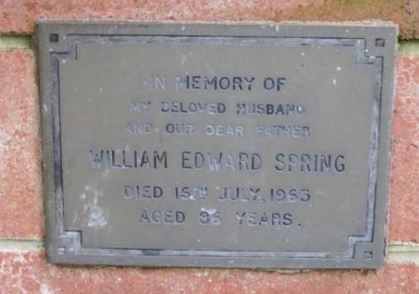 William went to live with his Step sister after the deaths of his Parents, James 1886, Julia in 1890.

His second wife Violet passed away the following year – 1964.

Further followup stories:  To be confirmed if it is, in fact, the same person:

TWYFORD. – The Friends of Constable William SPRING, of Redfern, are kindly invited to attend the Funeral of his late beloved Brother-In-Law, George William Twyford ; to move from his late residence, Rawson avenue, West Kogarah, This ( Thursday ) Afternoon, at 2 o’clock, for Sutherland Cemetery.