Awards:  * Police Valor Badge granted in 1923 for the arrest of an armed escapee from Castlemaine Prison

Cause:  Illness – stomach cancer stemming from being ‘gassed’ during WWI 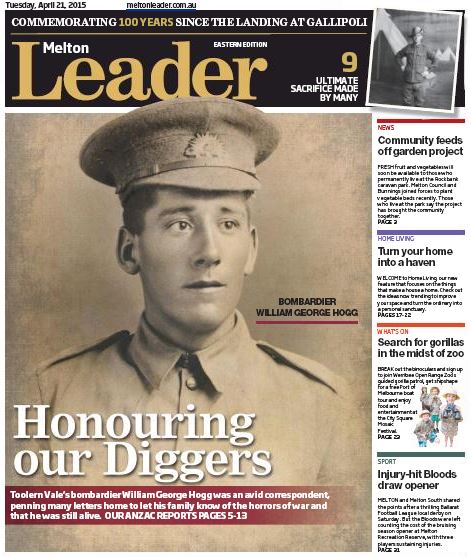 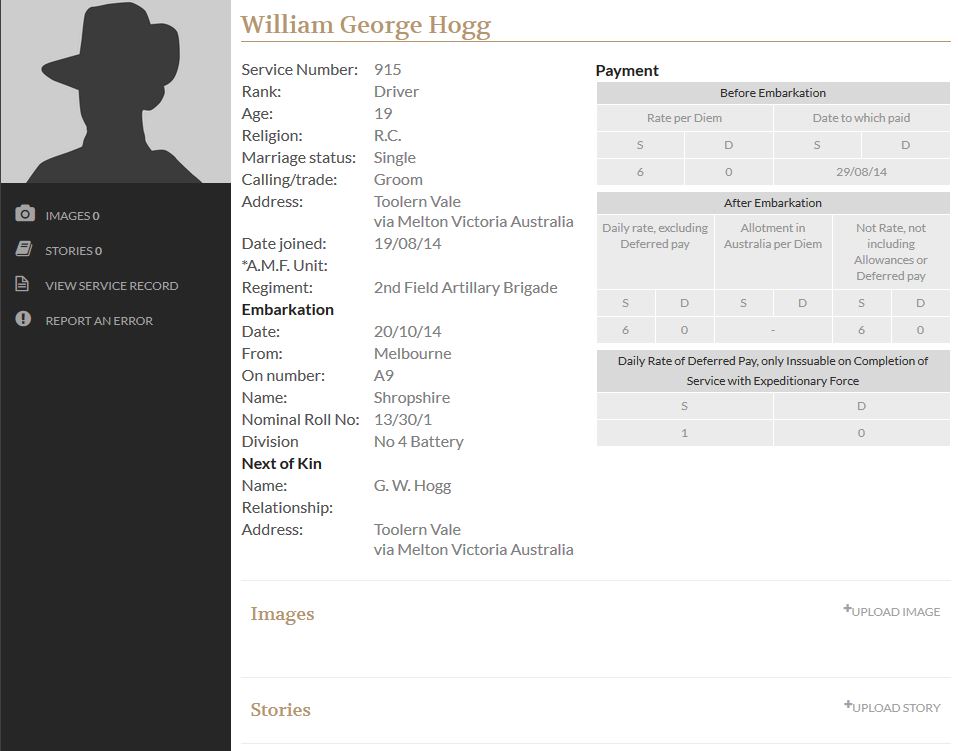 Escaping from Castlemaine reformatory teenager Nathaniel Baker was tracked to the bank of the Murray at Braund’s farm, Wharparilla, 3 miles from Echuca. Mounted Constable Daniel O’Connor noticed impressions, which he recognised as those of boots worn by prisoners. Following the tracks for some distance, he learnt Braund’s boat having been taken from its mooring, evidence suggesting the fugitive travelled down stream. Setting off in pursuit, 3 miles from Lockington, he discovered the abandoned boat however no trace of the escaped prisoner.

Establishing through diligent enquiry a person, in possession of a double-barrelled gun, answering the description of Baker called at the farm of Mr. Williams, partaking of an evening meal. A request for cartridges was complied with without fuss with the provision of four.  Departing, Baker informing Williams he intended travelling to Gunbower.

Assisting in the search, officer in charge of Gunbower, Bill Hogg, upon receiving the information, travelled on the night of Tuesday 18 June 1923 with Mounted Constable Daniel O’Connor, to an abandoned hut on Gunbower Island, arriving about 11.30 p.m.

Cautiously approaching, the policing pair discovered their man asleep in the room; double-barrelled shotgun within easy grasp. Making a dash through a window, Bill Hogg secured the weapon, whilst Daniel O’Connor arrested the escapee without resistance. Without food and with little clothing, Baker told the police that he would not have attempted to use the gun even if the opportunity presented itself.

Placing a good mark on their records, Superintendent Donovan of Bendigo, recommended Constable Bill Hogg, of Gunbower, and Mounted Constable Daniel O’Connor, of Echuca, for pre-eminent valor and bravery in the discharge of their police duties in capturing Nathaniel Baker, on Gunbower Island on Thursday 15 June 1923, recommended the pair receive a Merit Badge.

Joining the Victoria Police Force in 1919, at the outbreak of the Second World War, Bill Hogg was one of the original team of four to establish D24. Superintendent William George Hogg was buried with full police honours at Melton, Victoria, leaving a wife and three daughters to mourn their loss.