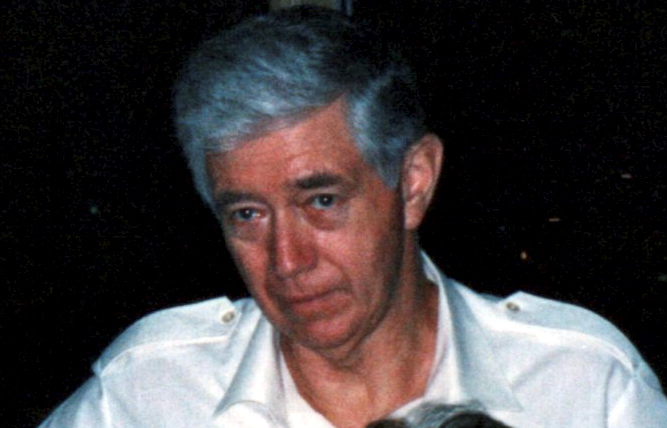 The Truth Saved Him From Gaol

The fact that he had told the truth with regard to his seeking work saved a man from being gaoled for vagrancy when he came before the Goulburn Police Court yesterday.

He is William Roy Carroll, of no fixed address, and he was sentenced to the rising of the Court.

Constable D. Dulgin told the court of the circumstances in which he had found the defendant in a shed in Back Street.

Other police gave supporting evidence and explained to Mr. A. J. Paton, S.M., who was on the Bench, the conditions under which track rations and relief are granted.

Carroll told Mr. Paton that at the time of his arrest he was genuinely intending to leave Goulburn and find work.

He said he had a suitcase which contained 9 shirts, three hats, a pair of boots, a pair of shoes, a frying pan and “accessories,” and other clothing.

The case was adjourned to check up on his statements and later the suitcase was produced in court.

Constable W. Huff also tendered a letter which indicated that Carroll had sought work at the Government Employment Office.

Mr. Paton said he would give him a chance to get out of Goulburn and threatened to give him a stiff sentence if he came along again on a similar charge.

A driver of a semi-trailer which travelled up to 70 m.p.h. from Mascot to Wollongong, pursued by police, was to-day gaoled for six months.

The driver of the truck, Peter Justin Gleeson, 28, of no fixed address, also ‘had his licence cancelled for three years.

Mr. Avery, S.M., in Central Court, imposed the maximum sentence for the charge of dangerous driving.

Constable Huff, of 21 Division, said the semi-trailer at times veered to the wrong side of the road, forcing traffic to pull up and pedestrians to scatter for safety, while the police car was almost forced on to the foot path.

A road block was put up at Wollongong, but nine miles on the Sydney side, Gleeson lost control of the semi-trailer and ran off the road. Gleeson was found lying in the bush 60 yards away.

June 1956: Constable William (Bill). J. Huff of No. 21 Division, placed the following advertisement in the June issue of the News South Wales Police News Magazine, “ Constable W. J. Huff of 21
Division urgently requires accommodation for himself, wife and one child, and would greatly appreciate any assistance from his Police colleagues to obtain a flat or cottage”. Later in the 1970’s Detective Sergeant Huff was stationed at Liverpool Police Station.

IN the Supreme Court of New South Wales.—Probate Division. —No. 710344.— The estate of CYRIL CHARLES HUFF, late of Engadine, in the State of New South Wales, retired, deceased. — Probate granted by the Supreme Court of New South Wales on 20th day of May, 1971.—Pursuant to the Wills, Probate and Administration Act, 1898-1954 (Testator’s Family Maintenance and Guardianship of Infants Act, 1916 – 1954, and Trustee Act, 1925-1942), William James Huff and Laura Mabel Rose Huff, the executors of the will of the said Cyril Charles Huff, who died on the 25th day of November, 1970, hereby give notice that creditors and others having any claim against or to the estate of the said deceased are required to send particulars of their claims to the said executors, care of Forrest Dufty & Company, Solicitors, 36 Ormonde Parade, Hurstville, on or before the 16th day of April, 1973, at the expiration of which time the said executors will distribute the assets, having regard only to the claims of which they then have notice.—

Man for trial over mother’s death

SYDNEY: A 22-year-old man was committed for trial yesterday on a charge of murdering his mother.

Mr Goldrick, SM, found that a prima facie case against Mr Yarad had been established, and committed him to the present sittings of the Central Criminal Court.

The man’s father said his son had undergone a complete personality change after leaving school, and had been abusive toward his mother

Mr Callile John Yarad, a bookmaker, said his son had been a perfect person until he was 18, being a fine scholar.

After finishing school his son would return home for a while and then go off again, and would never keep in touch with his parents, he said. During this time he had found his son had been taking “pot”.

Mr Yarad said a parcel, which he thought contained a gun, was delivered to his son at their home on the morning of the alleged murder.

That afternoon Mr Yarad sen. had gone out and when he returned he found the police at his house.

Detective-Sergeant W. Huff told the court he had gone to the house and had seen Mr Mark Yarad.

Sergeant Huff said Mr Yarad told him, “I have shot my mother — she’s inside”.

Dulcie, Steve and family, Sue, Jen and family, Margaret (dec), Craig and family. The proud loved ones of a humble man.

A private family service has been held for Bill.