Died on:  Sunday 2 October 1960 during the morning 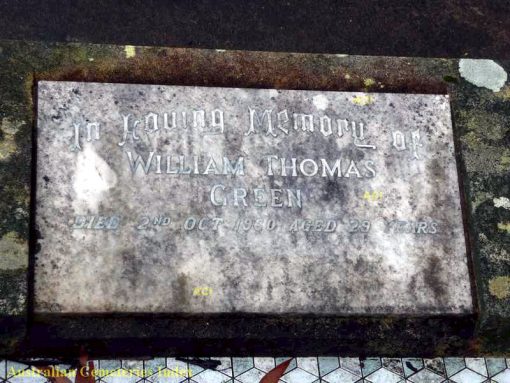 [alert_green] WILLIAM IS mentioned on the Police Wall of Remembrance[/alert_green]

About 6pm on 1 October, 1960 Constable Green left the Gosford Police Station to assist at the scene of a serious motor vehicle accident at Terrigal. At the time he was riding a Special Traffic Patrol motor cycle. As he was travelling along Victoria Street a panel van travelling in the opposite direction began to turn into Adelaide Street in front of the police cycle. The cycle collided with the front of the panel van, throwing the constable to the roadway. He was conveyed to the Gosford District Hospital where he died the following morning.

The constable was born in 1931 and joined the New South Wales Police Force on 1 February, 1955. At the time of his death he was stationed at Gosford.