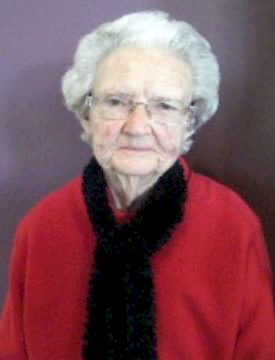 Awards:  Commendation after the 1967 bushfire disaster 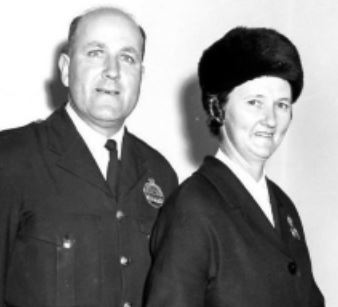 May she forever Rest In Peace

Published in: The Examiner
October 10, 2016
BEDELPH Amy Passed away October 7, 2016.
Esteemed and respected member of the Retired Police Association.

Our condolences to the family.

Published in: The Examiner

AMY BEDELPH
Born Amy Franklin on 5 May 1924 at Lilydale, one of 19 children, Amy is the eldest of the four daughters still living.
After Lilydale School, Amy joined the Women’s Land Army at 17, working in a Scottsdale market garden and later in a factory. The AWLA was established on 27 July 1942 as a national voluntary organisation to replace male farm workers who had either enlisted or were working in other essential war work such as munitions.
Later, Amy joined the Salvation Army, attending a Melbourne training college before her first posting to Kent Town, South Australia, followed by Jamestown and then on to Adelaide where she had her own church.
Back in Melbourne, Amy caught up with colleague Arthur Clee, whom she married, and they went on to Hamilton in north-western Victoria as Army officers.
Returning to Tasmania, Amy worked as an Officer at Smithton in the early 1950s and later as a bookbinder for The Mercury.
Initially appointed special constable on 1 April 1963, on 18 March 1966 she was appointed constable 570 (later 384). Arthur was then a constable and superintendent of the Hobart Police Boys Club. Why the police? Well, Arthur was naturally a big influence, but Amy also recalls Commissioner Delderfield’s words – “You may as well join too; you will enjoy it.” So she did. Amy was, I believe, the first married woman to be appointed, and the first whose husband was also a serving policeman. At that time, the role was largely a social welfare one, and it was what most women of that time expected and indeed enjoyed.
Amy assisted Arthur at Hobart Police Boys Club, and went on to be supervisor of the newly-formed Police Girls Club, which had been established in 1955, using the old Sackville Street garage premises as a base. Both clubs were amalgamated in 1964.
In June 1965, the then Commissioner and his wife, as patrons, expressed their appreciation to the Clees for ” …the devoted and dedicated service you have as husband and wife, apart from your both being members of the Tasmania Police Force, contributed to the standards achieved, the progress made, and the enthusiasm of the members of both Clubs.”
Commended, following the 1967 bushfire disaster, Amy transferred to Glenorchy on 19 May 1969. As the only policewoman at the station, she was effectively O.I.C. At this time, there were 14 other policewomen employed within Tasmania Police.
Amy resigned on 22 December 1972 and later married policeman Ivan Bedelph.
Today, Amy is a sprightly 91 years of age and a resident of “The Manor”, a lovely residential facility in Guy Street, Kings Meadows. Amy simply takes things as they come. Her “life story” hangs framed upon her wall, together with her badge and insignia. Amy regards it with no regrets and a large amount of pride.
Darcy Erwin
http://www.police.tas.gov.au.s3.amazonaws.com/wp-content/uploads/2014/11/RPAT-Newsletter-September-2015.pdf