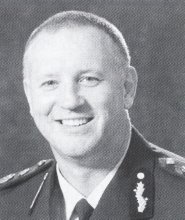 Teams of experts in their fields are available to support local police across the state and provide extra assistance when required.

Whether it be hostage negotiation, intelligence information or forensic expertise, the NSW Police have the best in the business.

They report directly to the Deputy Commissioner Dave Madden, Operations