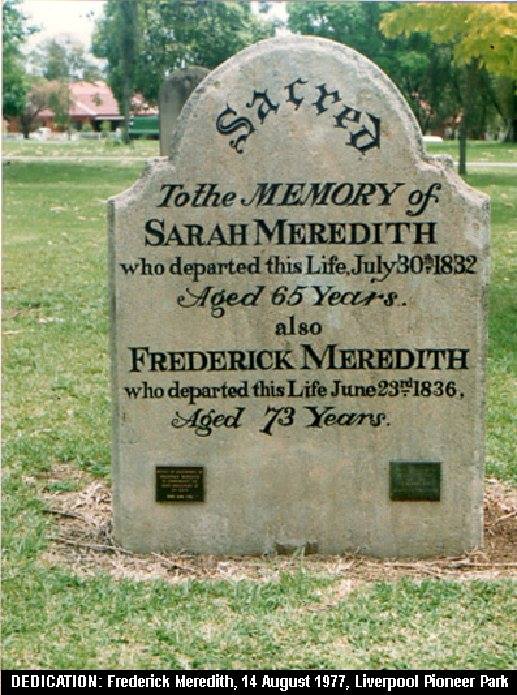 Was 1 of 50 ‘free men’ who volunteered and were accepted to join the Loyal Sydney Association set up by Governor Hunter to quell a possible uprising by ‘the Irish’. They were under the control of a civilian by the name of William Balmain. Frederick was involved in the Battle of Vinegar Hill in 1804. The 50 were known as armed volunteer Police (Militia)

Sworn in 1811 as Constable under the newly formed NSW Police set up by Governor Macquarie.

Frederick is believed to be the “third” Chief Constable of Liverpool until 1833.  He arrived on the First Fleet on the Scarborough.  His grave is at Liverpool Cemetery.  In 1811 Frederick joined Governor Macquarie’s police force.  He was later appointed the first constable, then the “third” chief constable of Liverpool.  He remained in the police until 1833, holding positions of Constable, Chief Constable & District Constable.

(Before Mr. Justice Dowling and a Civil Jur..)

In a murder trial in the Supreme Court on Friday 6 February 1835, Frederick MEREDITH describes himself to the Court as “Chief Constable at Liverpool”

On Thursday, June 23, at his farm Banks Town, Mr. Fredrick Meredith, aged 72 years, greatly respected.  Mr. Meredith arrived here as a sailor, in the first fleet, and had long been a resident on the Liverpool Road.